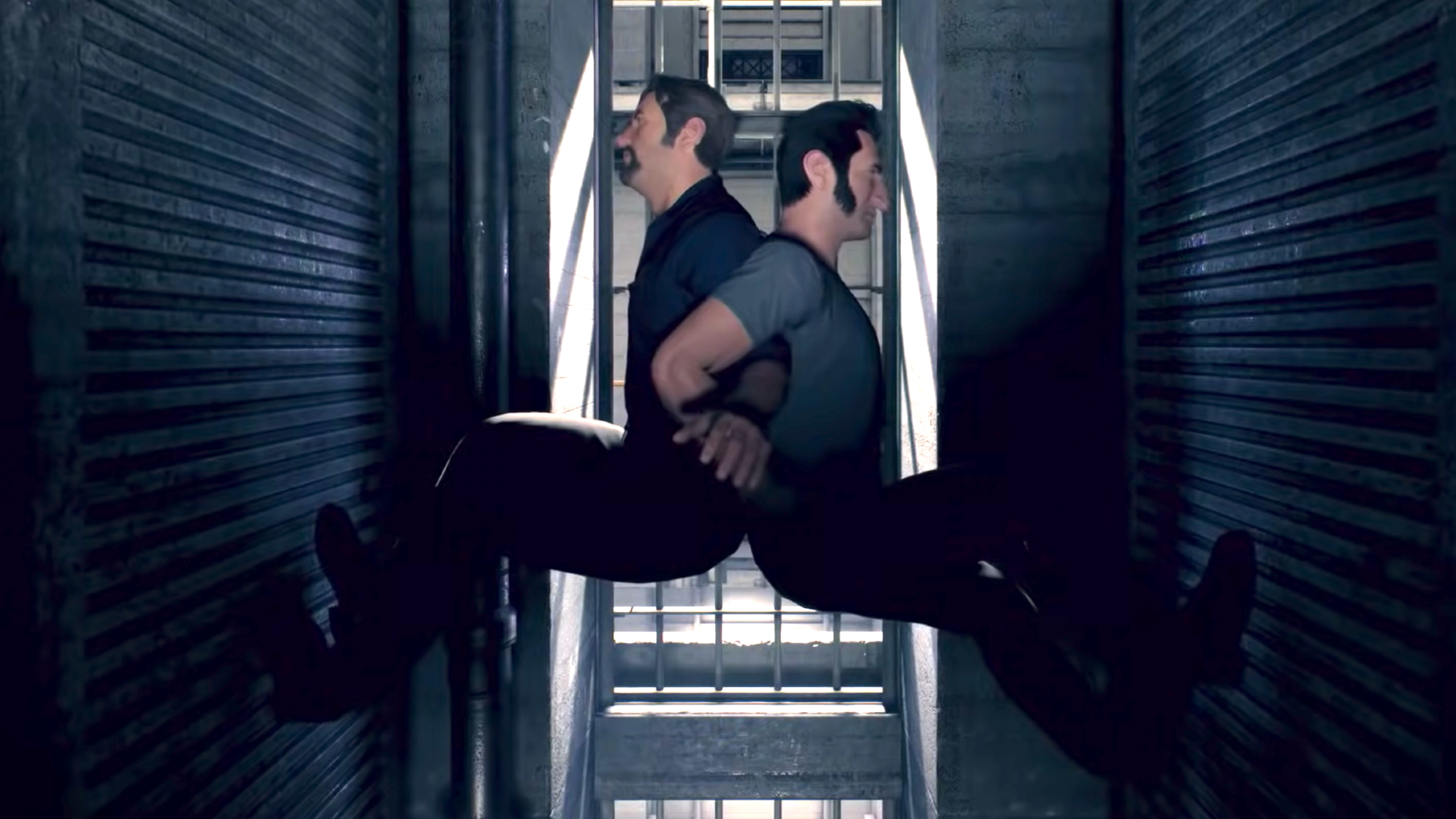 Image via A Way Out

As gaming gradually grows in popularity — and mainstream acceptance — new releases are becoming more and more common. These days, a stellar new release is hitting shelves on a near-weekly basis, leaving gamers with a huge number of potential titles to try out.

Many of these games are available to play for free with a subscription to Xbox Game Pass. The subscription service works kind of like Netflix for games, providing users with a huge selection of titles for a low monthly price. New games are added on a monthly basis and the service even offers up discounts on games not included under the expansive Game Pass umbrella.

Players who enjoy sharing their gaming sesh with a buddy will be delighted to learn that Game Pass’s excellent selection does not begin and end with single player titles. The service offers up a number of stellar multiplayer games, all of which will provide dozens of hours of enjoyment for you and some friends. Here, in no particular order, are 10 of our favorites.

You can’t make a list about video games without including this ultra-popular title. Minecraft is an excellent pick for gamers of any age, offering up addictive, family-friendly content that can be enjoyed for hours upon hours. The game’s simple allure expands far beyond the basic fighting and building elements touted by game trailers and memes, and will make a Minecraft addict out of nearly everyone who gives this game a try.

Another family-friendly title with plenty of fun packed into its runtime is It Takes Two, a charming title from the company that brought us A Way Out (one of the other entries on this list). The company clearly has cooperative play down to a T, because It Takes Two is a truly wonderful option for fans of multiplayer games. The game urges cooperation rather than competition and there’s an important and endearing story behind all that silly knitted action.

You can’t get much better than Ark: Survival Evolved when it comes to a mature and challenging take on base building and exploration. This game plunges players into an island world full of dinosaurs for a survival-crafting adventure unlike any other. Near the beginning, venom-spitting dilophosaurus’ will give you loads of trouble — turn tail and run if you see one of those troodon bastards — but eventually you’ll be riding raptors into battle and breeding Tyrannosaurus rex.

Just in case you’d like a game to drive you apart rather than bring you together, we have Overcooked. Both the original and its sequel are accessible on Game Pass, but the second offers up a broadened map and some upgrades — like the ability to throw things — that make it undeniably better. This game sets players up in a range of increasingly weird and challenging kitchens to cook meals as a team and it is utterly addicting. You’ve been warned.

For a far more advanced and sprawling adventure, try out the Gears franchise. The first three games follow a team of excessively musculed, deeply masculine characters as they shoot their way through an alien invasion, and the fourth and fifth only build on this highly enjoyable formula. The characters are (a bit) less ripped, they tossed a lady in for good measure, and there is far more exploration worked in, but in general the team behind this brawny franchise is operating on the phrase “If it ain’t broke, don’t fix it.”

Hazelight Studios — the same company that brought us It Takes Two — has made multiplayer games its bread and butter. While It Takes Two is charming and colorful, A Way Out sports far more serious tones as two players work together to break out of prison and evade capture by the police. Each move you make is deeply reliant on your teammate, and this game is actually impossible to approach without a partner — a fact that makes it all the more fun.

You can’t go wrong with a good game of Halo. And since there are a full handful of titles in the main series alone, you won’t run out of content any time soon. These games are classic for a reason. They combine enjoyable first-person shooter moments with wild car chases, aerial battles, and base defense. The games’ main storylines are enjoyable with a partner, and each of the games additionally offer up online multiplayer options, which allow you to put those newfound Halo skills to the test. You’ve got this, Chief.

Who doesn’t want a taste of that pirate life? Sea of Thieves allows players to join with a crew of up to four pirates for an excursion across the sea. Sailors follow treasure maps, careful clues, and ancient paintings to track down skeletal enemies and buried treasure, fighting krackens, megaladons, and other crews along the way. You might even summon up deathly enemies as you traverse the seas, forcing players to fight off a pirate crew of the dead or see their loot lost at sea.

9. Remnant: From the Ashes

The most challenging entry on this list comes to us in the form of Remnant: From the Ashes. Players looking to enjoy some Souls-like combat with a buddy at their side will delight in this title, which offers up a grueling campaign against the plague of Root taking over the planet. The game is a stellar multiplayer title, relying heavily on teamwork to see players from one challenging enemy to the next. Work with a team of up to three to shoot and slash your way through the game’s grotesque lineup of enemies.

For a base-building survival game with far more charming, kid-friendly tones, try out Grounded. This sweet little game is pretty much what would happen if Honey, I Shrunk the Kids was made into a video game, as you and up to three other people traverse the sprawling backyard from far, far below the grass line. The game pits players against a range of enemies — from ants to terrifying wolf spiders — and invites them to build up an epic fortress out of blades of grass, clover, and pebbles. Teams will need to work together to survive and fix the machine that can return them to their normal, human size.