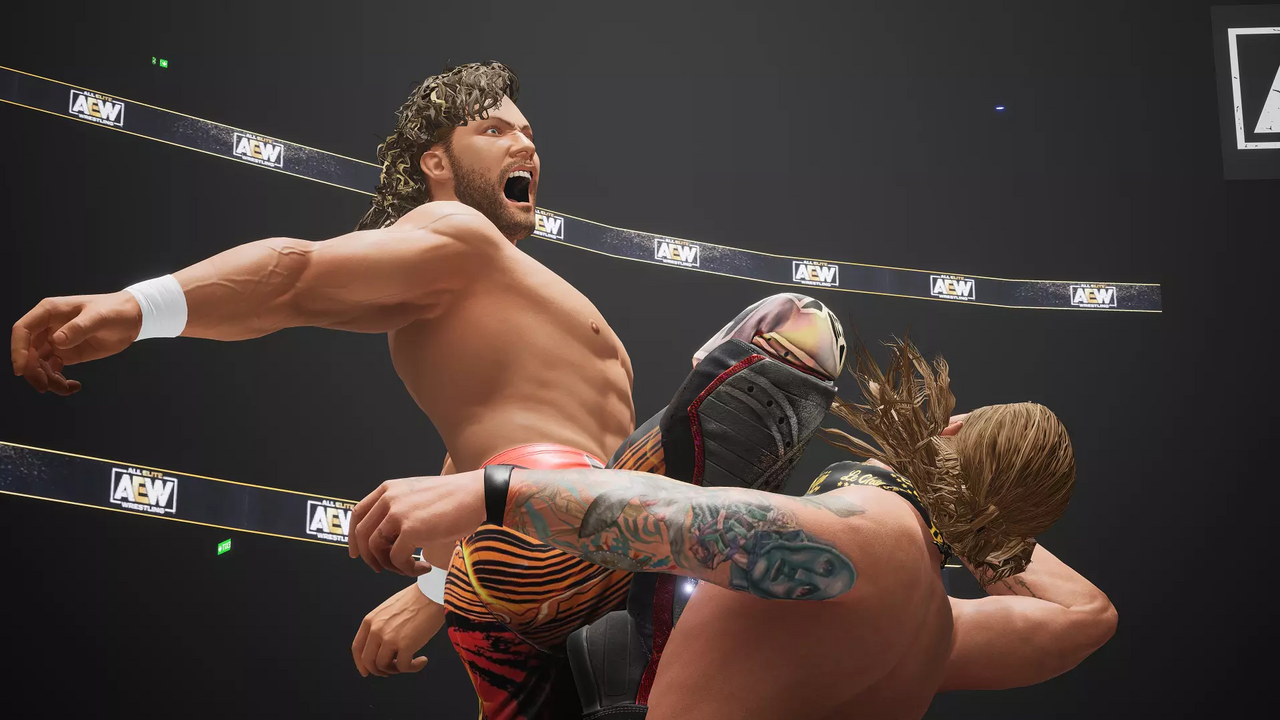 AEW: Fight Forever is poised to give gamers an alternative to WWE and 2K’s market dominance, and an Amazon listing just gave us fresh details.

AEW fans, there is finally light at the end of what has been a long tunnel. All Elite Wrestling’s foray into the world of console gaming is getting closer to a reality, and Amazon is accepting pre-orders for the company’s first video game, Fight Forever.

Developed by Yuke’s/THQ Nordic, AEW’s console debut will be under the microscope as they look to compete with the likes of WWE’s 2K. Here’s everything we know so far.

The Amazon pre-order listing had fans charging their finishers for Fight Forever. The online retail giant listed the game as set to be released on December 31, 2022. Of course, take that with a grain of salt. Having a date like New Year’s Eve could be a placeholder spot on the calendar. With any luck, it will be released sooner, but chances are Fight Forever will slide into 2024.

Reportedly, Yuke’s/THQ Nordic reportedly will have a digital showcase on August 12, which should solidify the date, rosters, create-a-wrestler, and all gameplaying options as well.

The Amazon listing not only gave fans their first prospective release date, but it also shed light on what match types to expect.

As described in the preorder listing, there will be: single, tag team, three-way, four-way, ladder, Casino Battle Royale, falls count anywhere, unsanctioned lights out, and exploding barbed wire deathmatch. Gamers will also have the options of local co-op modes, which is a staple of any sports-based game.

In the two years since Fight Forever’s development first began, there have been numerous additions to the AEW roster. That could be a factor in the game’s delays as AEW owner Tony Khan and EVP Kenny Omega look to add its newest stars to the game, and it could mean an even bigger roster.

Since AEW’s inception in 2019, the company has been scooping up WWE’s former talents. Although Khan has often been criticized for the move, he has added several stars to his organization with more mainstream name recognition. There’s been former World Championship Wrestling superstar and short-lived WWE sports entertainer Sting, who still competes at 63 years old. AEW also hired Bryan Danielson, who wrestled under the WWE ring name “Daniel Bryan.” Earlier this year, Khan signed another famous name to his brand, Jeff Hardy.

By far, Khan’s biggest signing to date has been that of Phil Brooks, aka C.M. Punk. After a seven-year absence from professional wrestling, which included a stint in UFC and a writing gig for Marvel Comics, his presence made an immediate impact for AEW. Fans erupted when Punk made his return on TNT television a year ago, and they want him in the game. There is no question that having the likes of Punk, Sting, Danielson, and Hardy on the roster will bolster sales, specifically for casual fans who may not watch the television product.

Speaking on The Corner Podcast in June, Khan confirmed that some of those recent signings will be added to Fight Forever.

“So we’ll have a great roster when we launch, and then we’ll still be able to add people through DLC as we go, but making sure we get the best possible roster when we start. We’ve signed so many wrestlers in the last year, especially in the recent months. We may not be able to get every single person in, but people that have signed pretty recently, we’re still trying to get some of the biggest names in because we think that’s the best chance for the launch of the game is to have some of the biggest stars in the world of wrestling in the game, and we already had a lot of them, and we’re adding more.”

It’s been a lesson in patience for AEW fans. Two years ago, the company announced its gaming division and teased the development of three games. Two of those would be mobile while the third was the much more anticipated console game. Khan also turned heads by partnering with game studio Yuke’s, the developers behind many of WWE’s widely successful WWE 2k games. However, Yuke’s ended its relationship with WWE after the release of WWE 2k19.

Hiring the former developers of the 2k gaming series immediately raised eyebrows. Khan also hired Hideyuki “Geta” Iwashita, the mastermind behind some of WWE’s most successful games, including the beloved classic THQ’s WWF No Mercy, which was released on Nintendo’s N64 console in 2000. The allure of a new competitor in the professional wrestling video game market overjoyed AEW fans and those ready for a change from WWE’s 2K series. Adding Iwashita’s name to the mix only heightened the feel that AEW was taking a classic approach to its shot at the lucrative gaming market.

At the time, Khan said,

“It’s amazing to think that less than two years ago, we sent shockwaves through the professional  wrestling industry with the launch of AEW, and now we are rolling out our new revolutionary games. We make a point to listen to our fans, and we  know that a rejuvenated and immersive gaming experience is critical to the overall wrestling  experience. It’s going to be cool to see our fans enjoying a next-gen console wrestling game that  actually implements their feedback. This is just the beginning of a new era of gaming for  wrestling fans around the world.”

As quickly as the excitement came, fans were left uncertain about the game’s future. Although the company had released screenshots and early roster footage, 2021 saw few updates from AEW Games. In May, word spread that AEW and Yuke’s were not seeing eye to eye on Fight Forever. Delays were announced, and unconfirmed reports indicated the game was far over the initial budget.

Omega, one of AEW’s premiere talents as well as executive vice president, who was overseeing the game’s development from the United States, reportedly butted heads with Yuke’s. That helped explain why fans weren’t seeing many updates. Apparently, things are finally on track for the winter 2022 release window.

In June, Omega offered a positive outlook. He told Fightful,

“It’s now in a process of being tuned and finely tuned from there. Still, a lot of stuff to implement, but our guys at Yuke’s are working at a blistering pace. It’s incredible the amount they are doing within a 24-hour period. It just seemed like, out of nowhere, a light switch went off and they went into hyper mode. They’re working real fast. Some of the stuff we were worried might be on the cutting room floor is now getting implemented.”

The future of AEW gaming

AEW has plenty riding on Fight Forever. Between mobile and console games, there is much more pressure to succeed on consoles. Large video game releases can rival Hollywood blockbusters in terms of hype and sales. Of course, those games come with huge budgets and even bigger expectations. It is not uncommon for games to get the red carpet treatment upon its release only to be plagued by missteps and problems. Entire development studios can fold if a multi-million dollar game falls flat.

That being said, AEW needs to come out of the gate swinging. If Fight Forever is a flop, with its lofty price tag, it could be enough to derail AEW Games’ other efforts. Here’s hoping Fight Forever will live up to the hype.