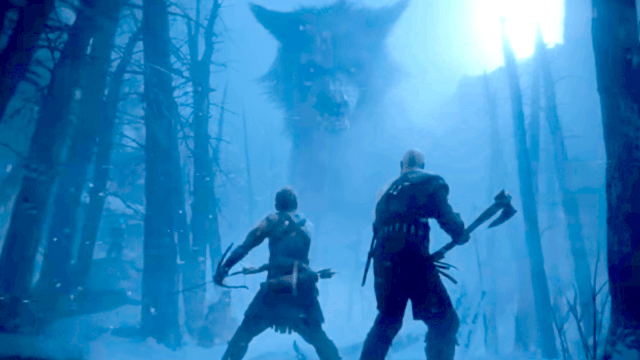 The tale of Kratos, the Ghost of Sparta and the titular God of War is much longer than you may think. 2018’s God of War was so drastically different in tone, style, and environment compared to the preceding games that you would be forgiven for thinking that it was a reboot. But in actual fact, it’s a sequel, albeit very distant from the events that came before.

With the recent release of God of War Ragnarok, which we think raises the bar for video game storytelling, we thought we’d compile a list of all of the God of War titles if you’re interested in going through the back catalog.

A lot of these, however, may not be easily accessible. Most can be currently found on the PS3’s storefront if you’re willing to jump through a few hoops. Otherwise, a smaller number of them can be found on the upper tiers of the newly revamped PlayStation Plus service, IF you live in a territory that supports PS3 game streaming.

If none of the above work for you, unfortunately, you’re stuck with tracking down copies of the originals and their respective consoles. Nevertheless, and without further ado, here are all nine God of War games in chronological order:

The seventh God of War game to be released is the very first in the series’ chronology. Many, many years before fathering Atreus in the latter two games in the series, Kratos had another family – which he was tricked into murdering at the behest of Ares, the God of War in Greek mythology. Ares sought to use Kratos as a means of overthrowing the other Olypmian Gods, including big daddy Zeus himself. Ascension chronicles Kratos’ journey to free himself of his bond to Ares, and his run-in with the Furies.

God of War: Chains of Olympus was the first game for the dearly missed PlayStation Portable console, and serves as the second chronological prequel to the events of the original God of War from 2005. It follows Kratos during his servitude to the Gods of Olympus, and his dealings with the fallout of the sun. Well, falling out of the sky. It also unpacks a bit more backstory around his relationship with his daughter.

The game which started it all, God of War takes place roughly ten years into Kratos’ servitude to the Gods of Olympus in a bid to be forgiven and be rid of the nightmares he has about murdering his own family. Athena tasks Kratos with killing Ares, and promises to forgive his sins when the deed is done. The game follows Kratos’ journey to find the means for a mortal to murder a God, and ends up offing Ares in the end – succeeding him in the mantle of God of War.

The second handheld God of War takes place between the first and second numbered entries in the series, during Kratos’ tenure as the Greek God of War. Still plagued by nightmares, this game follows the titular Ghost of Sparta as he globetrots in an attempt to understand more about his past and his family, particularly his brother Deimos, who he is eventually reunited with. As God of War games go, it doesn’t end well.

A bit of an outlier and an easily forgotten mobile game (and we’re talking a pre-smartphone mobile game), was almost scribbled off this list, but it turns out to be a canonical, albeit short entry in the God of War saga. The two-dimensional sidescroller sees Kratos pursue an assassin who framed him for the murder of Argos. In his fury, Kratos leaves a lot of bodies in his wake – further alienating himself from the Gods. You can be forgiven for missing this one, as emulating it sounds like an absolute headache. We recommend just watching a playthrough on YouTube if you’re determined enough.

The direct sequel to the original game picks up with Kratos, still a God of War, helping the Spartan army out during an attack on Rhodes. Zeus deems that Kratos is getting a little too out of control, and relieves him of his godhood. The Ghost of Sparta doesn’t take this well, and in his defiance, is killed by Zeus. Of course, he is plucked from the underworld by the titan Gaia, who also happens to have a bone to pick with the Olympain Gods. You guessed it, more revenge.

The conclusion to Kratos’ war with the gods of Greek mythology cranks up the utter brutality dealt to, and received by Kratos to 11. It picks up where God of War II left off, with Kratos astride the titan Gaia climbing up Mount Olympus to exact revenge on Zeus. Of course, as we’ve come to expect, Kratos is double-crossed by the titans – so instead he picks off and kills off most, if not all of the Greek gods and titans one by one – bringing havoc upon Greece as he does so. Kratos finally settles the score with Zeus, and so ends the story of the Ghost of Sparta. Or so we thought…

A long time has passed between the events of God of War III and the soft reboot in Norse mythology. Kratos went off and started an entirely new family, but, unfortunately, he lost his second wife Faye. He and his son Atreus head off on a journey to fulfill Faye’s last wishes, to scatter her ashes from the highest peak of the nine realms. Of course, a Greek God of War isn’t a welcome face in this new region, so along the way they cross a number of Norse gods.

Which finally brings us to the recently released sequel to the Norse saga. Kratos and a now-teenage Atreus set off on another journey across the nine realms in a bid to prevent an impending cataclysm, while Atreus becomes more and more curious about his ancestry. Naturally, given a few choice murders in the previous game, the journey won’t be made easy for them, with a few more Gods standing in their way.