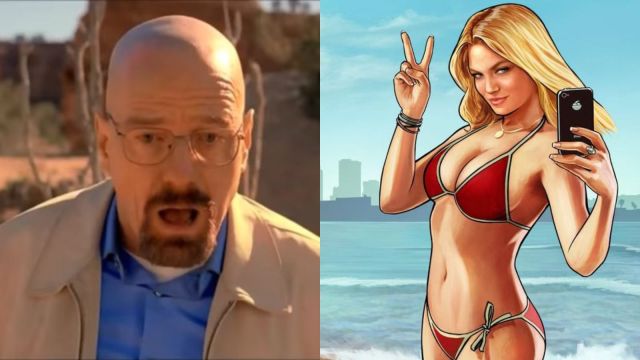 One of the internet’s favorite television shows of all time could become a Grand Theft Auto-style video game, according to Breaking Bad creator.

It feels like Breaking Bad has never been more relevant than in 2022, with it becoming a staple in conversations about the greatest ever TV shows, going up against the likes of Game of Thrones, The Simpsons, and True Detective. But what if it crossed over to another medium?

Vince Gilligan has excited fans after revealing that despite the fact he’s not a hardcore gamer, he has a dream for a GTA-style mad open world game set in the universe of Breaking Bad and Better Call Saul. Talking on the podcast Inside the Gilliverse, the head writer said that an idea for a game came about but “never came to fruition”, including a PlayStation VR game and several mobile games.

“I’m not much of a video game player, but how can you not know Grand Theft Auto, I remember saying to the guys, that are off running Apple now, who said yes originally to Breaking Bad, ‘Who owns Grand Theft Auto? Can’t you have a module, can there be a Breaking Bad game?’

“It still makes sense to me! That never came to fruition. There have been quite a few attempts at video games, some of them kind of made it to market. We tried to do a VR experience with the Sony PlayStation VR headset. We did a mobile game that lasted for a little while.”

Gilligan did also say fans shouldn’t expect a video game from the series any time soon, with a fear of making this generation’s version of the Atari E.T. game or that truly strange PlayStation 2 fighting game based on Fight Club. Plus if you do a Breaking Bad game, you will need to get the talent back.

There’s been a big resurgence in Breaking Bad on the internet, with meme culture driving Jesse Pinkman and Walter White back into conversations. Spin-off Better Call Saul is also a behemoth in its own right, with it recently celebrating the release of its sixth season.

As for Grand Theft Auto, recent rumors suggest that GTA 6 will feature a female protagonist and a Bonnie and Clyde-type dynamic in its story. The game is in development according to developers Rockstar, but considering the sheer size of open-world games in the gaming, it could be a good while off.

Breaking Bad and Better Call Saul are both available to stream on Netflix.