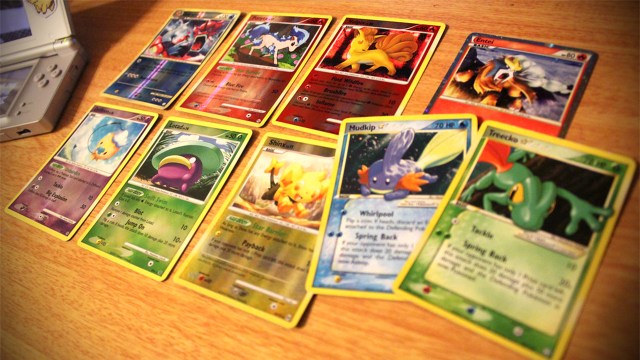 A Dallas Pokémon fan got a bit too eager in early November and may have earned himself jail time.

31-year-old Charles James Pointer was arrested on Nov. 10 after working with a co-conspirator to steal at least $1,000 worth of Pokémon cards. According to court documents, he “used or threatened to use physical force to rob a victim in Benton County,” and faces a range of potential legal issues if convicted. For now, Pointer is accused of “second-degree robbery, third-degree robbery, first-degree theft, hindering prosecution and two counts of criminal conspiracy,” according to the Albany Democrat-Herald.

Surprisingly, this isn’t the first trading card theft the area has experienced. The mid-Willamette Valley seems to be a popular haunt for aspiring card thieves, as Pointer adds his attempted robbery to one committed back in July 2021. Last summer, two men were accused of armed robbery, this time over a similar sum’s worth of Magic: The Gathering cards. Both men are serving time, and their punishments may paint a picture of what Pointer can expect from his own attempted robbery.

Pointer faces many potential charges that could see him serve even more time than Scott. His unidentified co-conspirator is likely facing similar charges to Griffin, though the eventual trial will reveal exactly what role each man played in the attempted robbery. For now, Pointer appears to be facing more severe punishment, after he allegedly agreed to take part in the robbery, and to drop his co-conspirator off near the site of the theft. He additionally aided his would-be partner in crime in “securing or protecting the proceeds of the crime,” according to court documents.

As of Tuesday afternoon, Nov. 15, Pointer has been arraigned in Benton County. He’s been granted a court-appointed attorney, John Rich, by Judge Matthew Donohue. His security is currently set at $50,000.