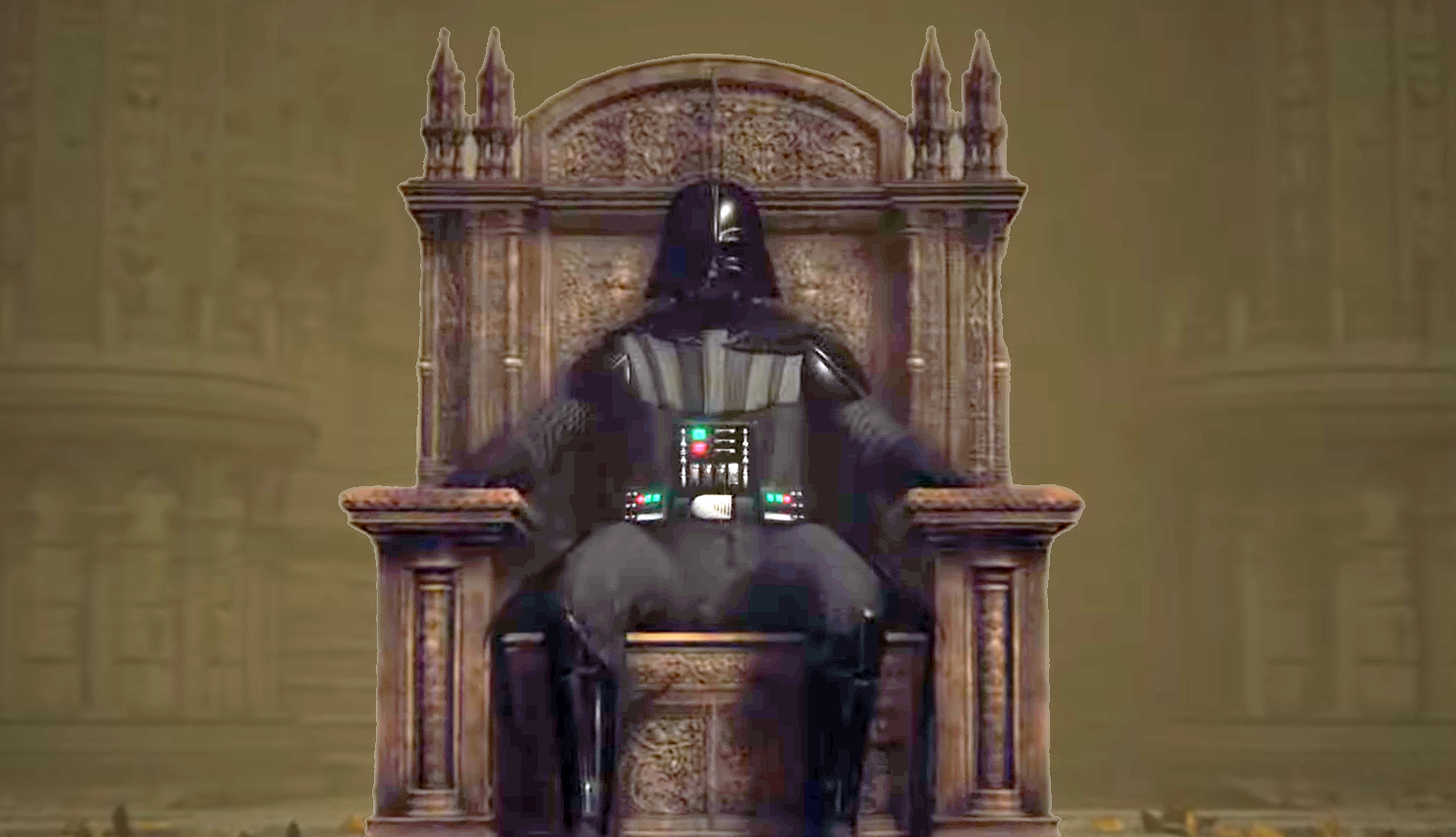 It was only a matter of time before modders began bringing new characters into the world of Elden Ring and the latest addition comes from a galaxy far, far away.

A new mod by drs32 sees Star Wars‘ Darth Vader journey to the lands between to challenge some of the most fierce foes in all of Elden Ring.

YouTuber lolmetwice showed off the mod in three videos. In the first, Vader takes on the Fire Giant, and next Godrick the Grafted. With lightsaber in hand, the Sith Lord was easily able to achieve victory in style.

Drs32’s mod looks to have changed the appearance of specific weapons and armor in Elden Ring to appear like Darth Vader’s iconic outfit.

While the armor choices aren’t clear, the weapon that became Vader’s Lightsaber is the Rivers of Blood Katana. You can see this by the trail animations after the weapon lands a blow and applies bleed.

In the last video shared of the mod so far, Darth Vader finally ascends to the Elden Throne as he appears in the game’s Age of Fracture ending becoming the Elden Lord.

Elden Ring players on PC can venture through the game themselves donning Darth Vader’s armor as the mod has officially been shared to Nexusmods. Published by Xeierate, also available on the Nexusmods page are custom files to bring double-bladed lightsabers to the game.

While there are plenty of other Elden Ring mods out there, this looks to be one of the most well-done and obvious mashups so far.