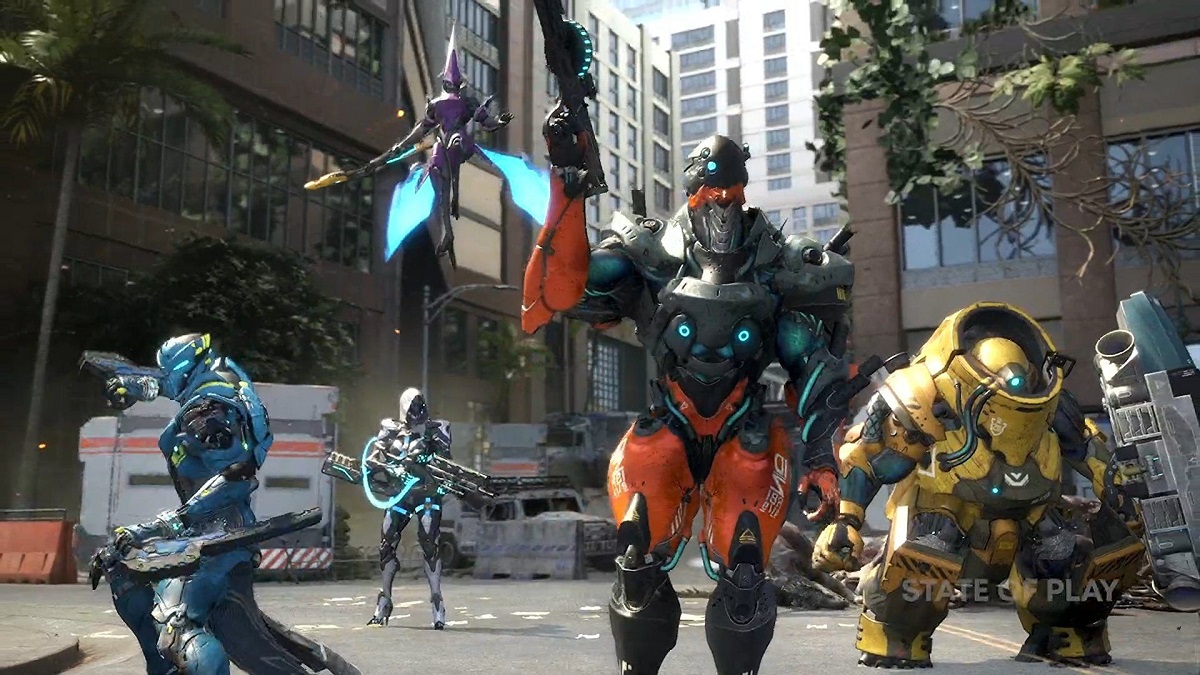 Last night’s State of Play incorporated numerous trailers into the showcase despite the limited 20-minute runtime, but almost none of the games were what people actually expected to see. Capcom‘s new action dinosaur game is no exception to this rule, and no, it’s not called Dino Crisis.

Exoprimal is a futuristic-looking game that sends you and a squad of “exofighters” against a horde of small T-Rex dinos. If that premise from a Capcom game sounds all too familiar to your ears, it’s because you’re thinking of Dino Crisis, a fondly remembered action-adventure franchise by the legendary Shinji Mikami that found something of a footing in the early 2000s and is now a nostalgic footnote of the survival horror genre.

As you can see for yourself below, while this new game features dinos as its antagonistic force, the setting and gameplay remind us of anything but Dino Crisis.

Much like many other presentations from last night, this has left a lot of fans baffled. Why would Capcom make a dinosaur game that’s not a sequel to an already established franchise? Here are some of the things users have been sharing on Twitter following Exoprimal‘s reveal trailer.

They even made one of the characters look like Dino Crisis‘ Regina.

Others are genuinely of the belief that Capcom intentionally did a bait-and-switch.

About sums up the thoughts of every Dino Crisis fan after watching Sony’s State of Play.

The similarities between this character and Dino Crisis protagonist Regina are too many to be simply disregarded, as you can see, leading many to speculate if Capcom is intentionally trolling its fanbase.

That being said, Exoprimal is actually in keeping with the rest of the showcases from Capcom and other Japanese developers like Square Enix last night. The companies released a ton of new footage from a lineup of previously unannounced projects, though put together, they were essentially a whole lot of nothing.