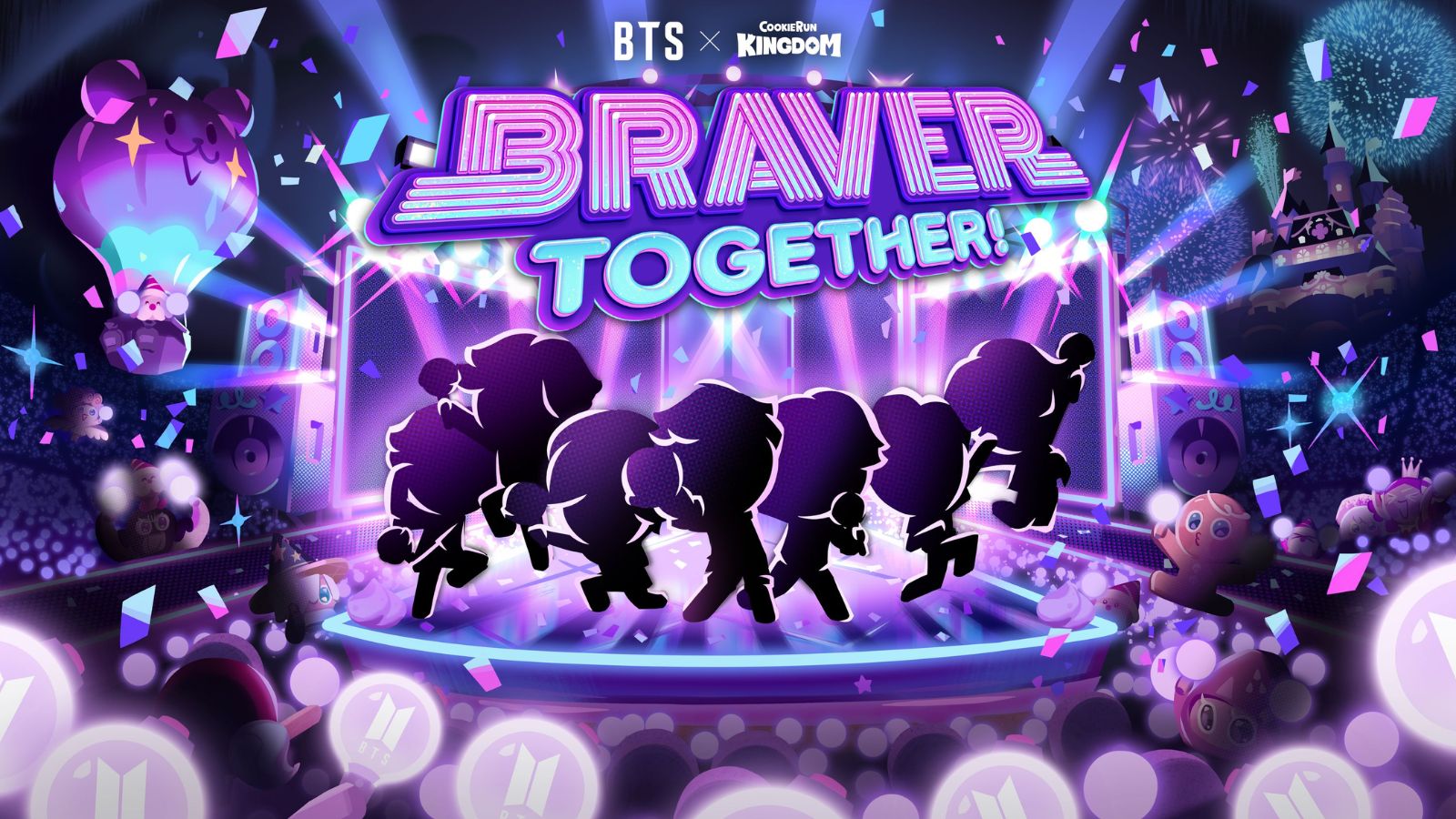 BTS has appeared in a few games, such as Garena Free Fire and Brawl Stars, yet at the same time, created some of their own, such as BTS World. But, a recent reveal has hinted that this iconic K-pop group will be featured in an upcoming collaboration. And that game is Cookie Run: Kingdom.

For those who don’t know what this game is, it’s an RPG gacha game made by Devsisters, the same people who made the Cookie Run franchise. In the game, players are encouraged to collect cookies and build their kingdom, while also combatting foes and exploring the game’s story. And while the game has done events in the past, it is going to be interesting to see how BTS will fit in the game’s narrative.

So, here is everything you need to know about the upcoming BTS x Cookie Run: Kingdom collaboration.

Everything you need to know about BTS’ collaboration with ‘Cookie Run: Kingdom’

“Braver Together” is the name of the upcoming BTS collaboration with Cookie Run: Kingdom. Before the announcement, a teaser trailer was released and hints of the collaboration were found in-game. According to some fans on social media, seven purple balloons were spotted in the game, which had people curious about what they meant. Little did they know that it hinted at this exact collaboration.

Devsisters released an official description of the collaboration, via Polygon, where it said that each member will be transformed into their very own cookie. Not only that, fans will be able to explore BTS-themed maps filled with new lore and experience an in-game concert performed by the group.

During the event, each member of BTS will be transformed into their own unique Cookie, and players will be transported to specially crafted BTS-themed maps with all new game lore explicitly created for this update. The event will culminate in an in-game concert by BTS for the Cookies in Cookie Run: Kingdom.

According to Rolling Stone, Devsisters told told the publication that this collaboration will be “building on Cookie Run’s core values of bravery and inclusivity.” They also said that they hope that the ARMY would enjoy this new update as the game runs on the similar vision of “self-love” and “being proud of your identity.”

The Cookie Run community is about celebrating diversity and supporting each other in choosing to be who you are. We knew how well our core values aligned with those of BTS, so welcoming BTS and ARMY into the Cookie Run Universe felt like a natural fit.

ARMY is a unique group of fans who sincerely love BTS because of the band’s authenticity, and messaging of self-love, social justice, and mental health awareness. Their music talks about self-love and inspires me to be proud of my identity. Also, even with BTS’ ‘idol’ status, they reinforce that everyone is an idol by just being themselves.