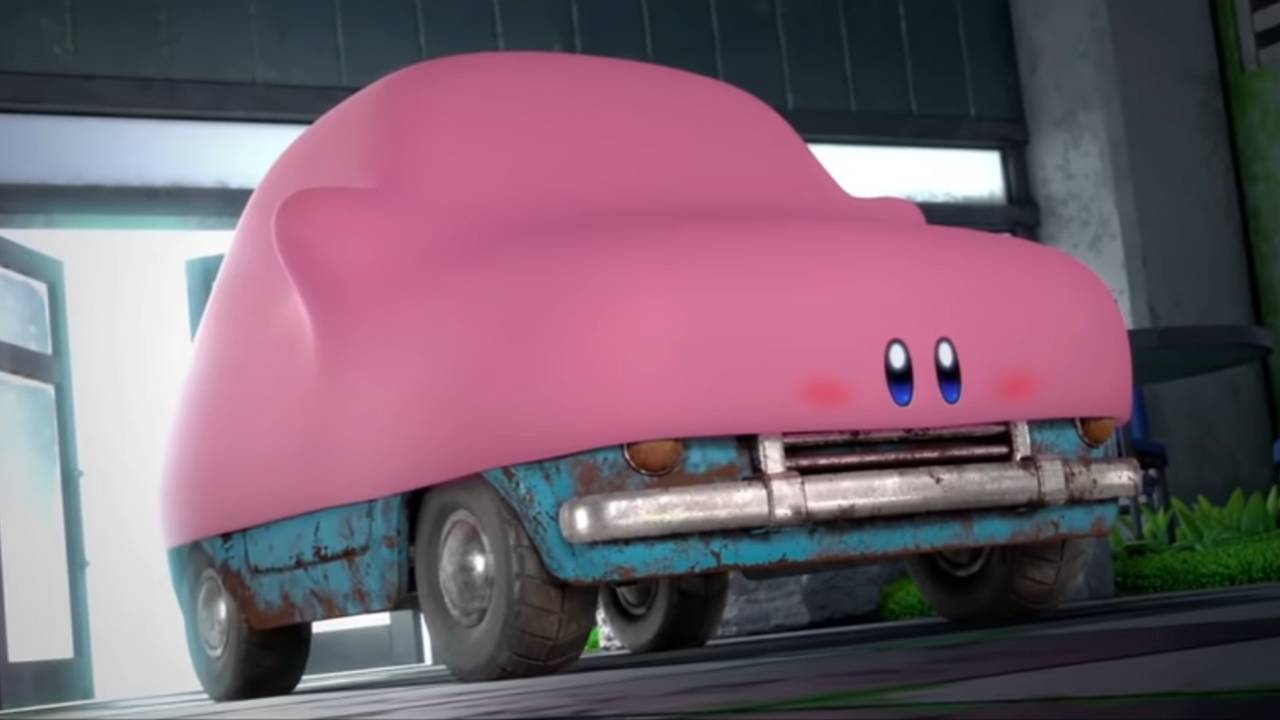 As part of the latest Nintendo Direct presentation, we got the latest gameplay clips from the upcoming 3D platformer Kirby and the Forgotten Land and fans are losing it over a new feature titled ‘Mouthful Mode’.

A new addition to the franchise, ‘Mouthful Mode’ will give Kirby the ability to swallow large objects, taking on their forms and different powers. Obviously swallowing targets and getting new powers isn’t something new for the pink hero, but in this new mode, things are taken to a whole new level with a comical result.

The new clip opens with Kirby taking on multiple foes. As he attempts to take them out, instead of swallowing one of them, he swallows the car they are standing on becoming some sort of vehicle himself.

This clip alone would be enough ammunition for social media to go crazy, but it didn’t stop there. The rest of the clip also showed Kirby morphing into a lightbulb and a street cone, among other everyday items. Below are just a few examples of how the new addition to game inspired social media users.

Kirby and the Forgotten Land is Nintendo’s next big launch title and currently, it is scheduled to hit stores on March 25.