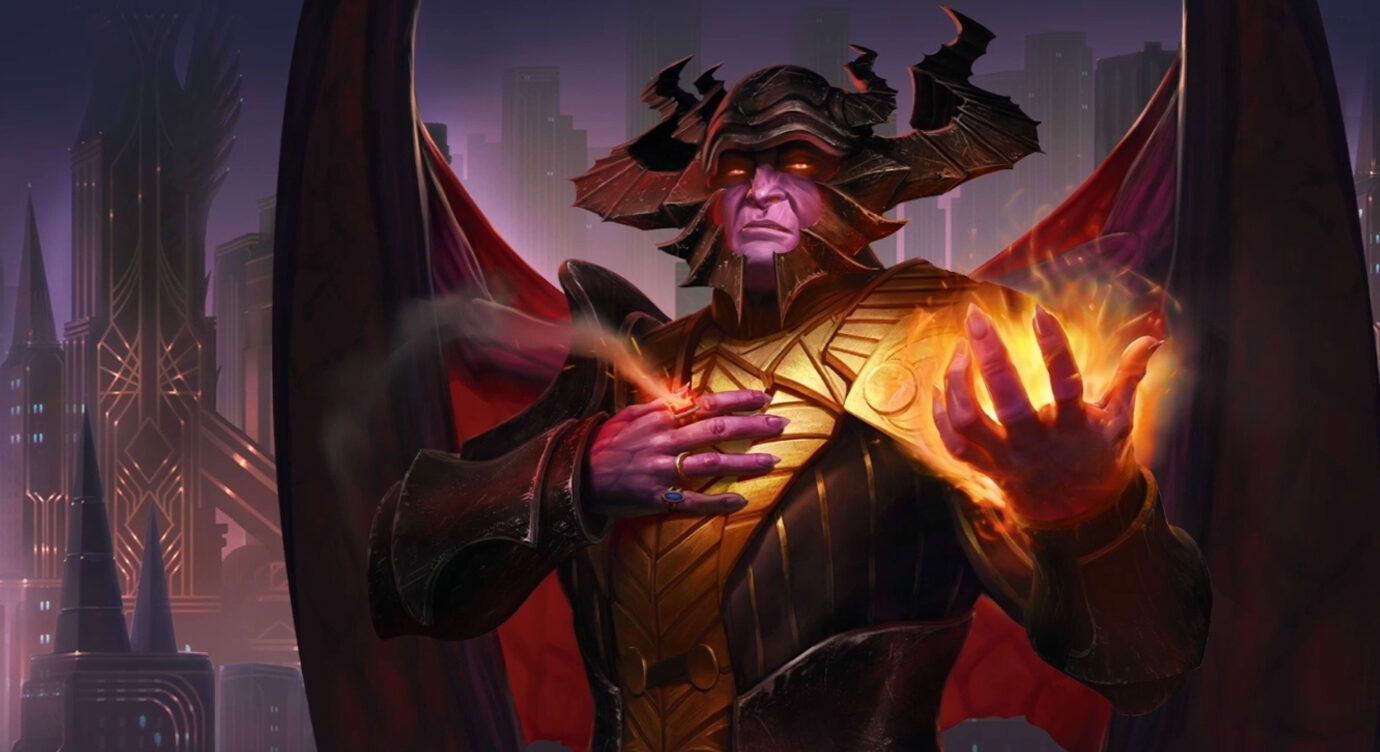 Wizards of the Coast

Wizards of the Coast has just released a sneak peek at its upcoming set for Magic: The Gathering — Streets of New Capenna.

In a recent blog post, Wizards of the Coast’s Adam Styborski broke down the key dates players of the CCG will want to keep tabs on leading up to the set’s release.

The dates are as follows:

Magic: The Gathering Reveals First Art For The Lord Of The Rings Expansion
1 of 2

Streets of Capenna’s story is based around five families and how they run the streets and their businesses, somewhat reminiscent of West Side Story. The families are centered around five different 3-color combinations that the game has, so fans can likely expect each family to have a unique mechanic.

Alongside a basic introduction to each of the five ‘families’, artwork for the basic lands has also been shown. The art has taken clear inspiration from Fritz Lang’s landmark 1927 film Metropolis, depicting their power and wealth.

Wizards announced that during the pre-release, players can get one of each family set. Each set will include a unique spin-down die and family-focused cards. And during the full release, different commander and themed boosters sets will release, focusing on each family, alongside draft, set, and collector booster packs.

Streets of Capenna is the second set in Magic: The Gathering’s 2022 standard rotation, following the release of the previous set, Kamigawa: Neon Dynasty. The worldwide release will be on April 29, and preview season will start on April 7.