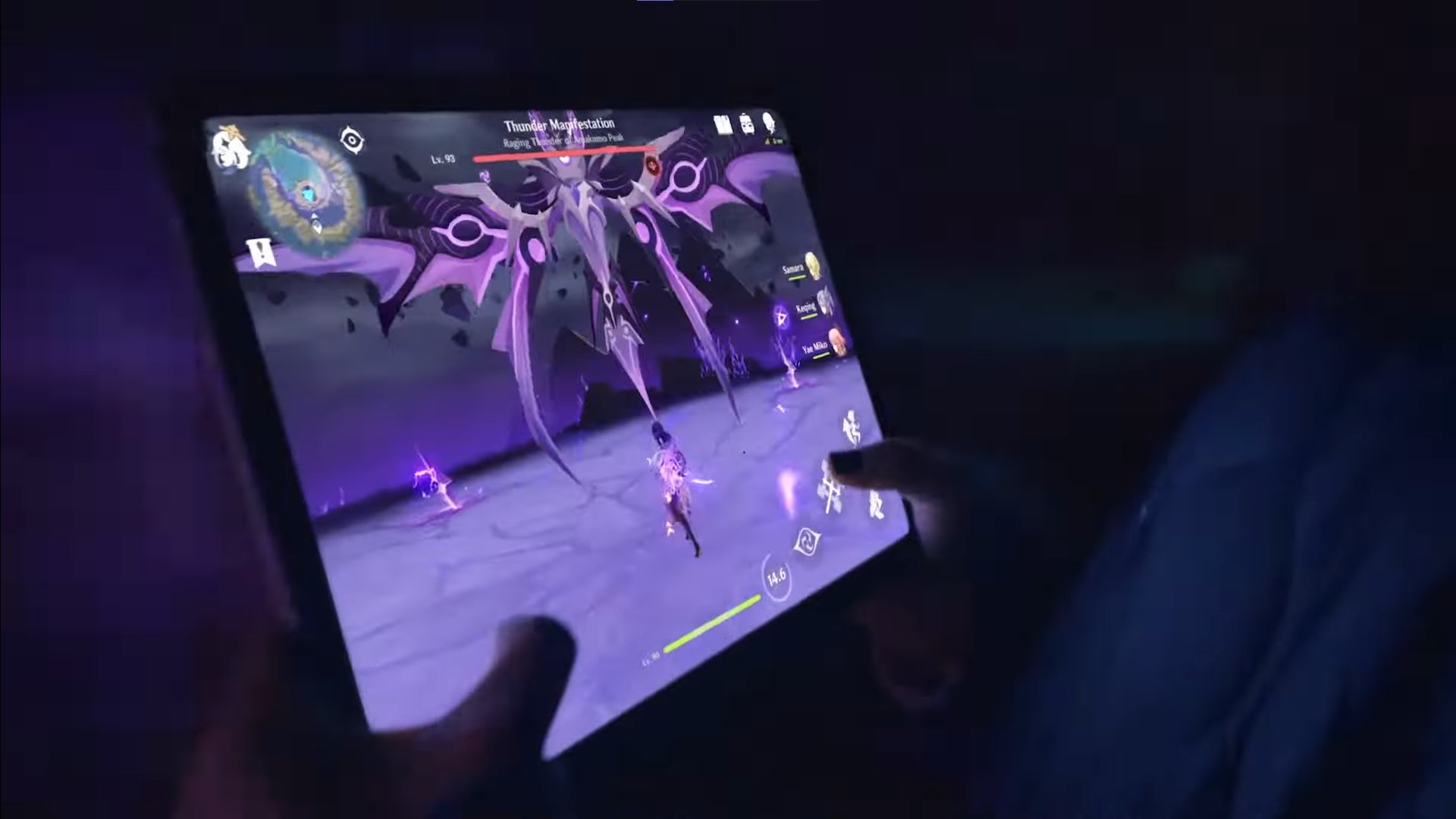 Gamers noticed something odd in Apple‘s gameplay of Genshin Impact during the preview of the new iPad Air in today’s (Tuesday, March 8) Apple Event.

Over on the subreddit r/GenshinImpact, players were shocked by the gameplay presented during the much-hyped event. Most notably, they criticized the team that confronted boss Thunder Manifestation.

Based on the footage, the Apple team consisted of Raiden Shougun, Electro Traveller, Keqing, and the newly-released character Yae Miko. While the team isn’t that bad, the issue is that it’s a mono-electro team up against an electro boss immune to electro attacks. In other words, this team is an inefficient choice to take on an enemy this large.

“She uses Raiden, Electro Lumine, Keqing, and Yae. I will wait until she beat that boss lol” opined Reddit user u/Stang_Ota.

Posters on the subreddit began to theorize about the type of build these characters would have to have, in order to make countering this particular boss more feasible.

What’s fascinating about this Reddit discussion, from a gaming perspective, is that by suggesting the other characters players could use, and by specifying their role in the team, grassroots players are sharing better strategies to beat the Thunder Manifestation than those demonstrated by a global corporation during a major marketing event. Some of the common suggestions include using either Eula or Hu-Tao. But the main consensus is this: don’t use electro characters against an electro boss.

The new iPad Air is set to have the new M1 processor chip, and will support 5G and USB-C. Prices start at $599 for the Wi-Fi only model, and $749 for the Wi-Fi and cellular version, and will come in 5 different colors. The new device will be available for pre-order on March 11, and will release on Mar 18, 2022.