Ghostwire: Tokyo is, heartbreakingly, not spooky. It's also not particularly interesting, and I certainly didn't find it very fun to play. I'm sure genre-fanatics will find something to latch on to, but nothing ever quite hooked me enough to make the journey feel compelling. 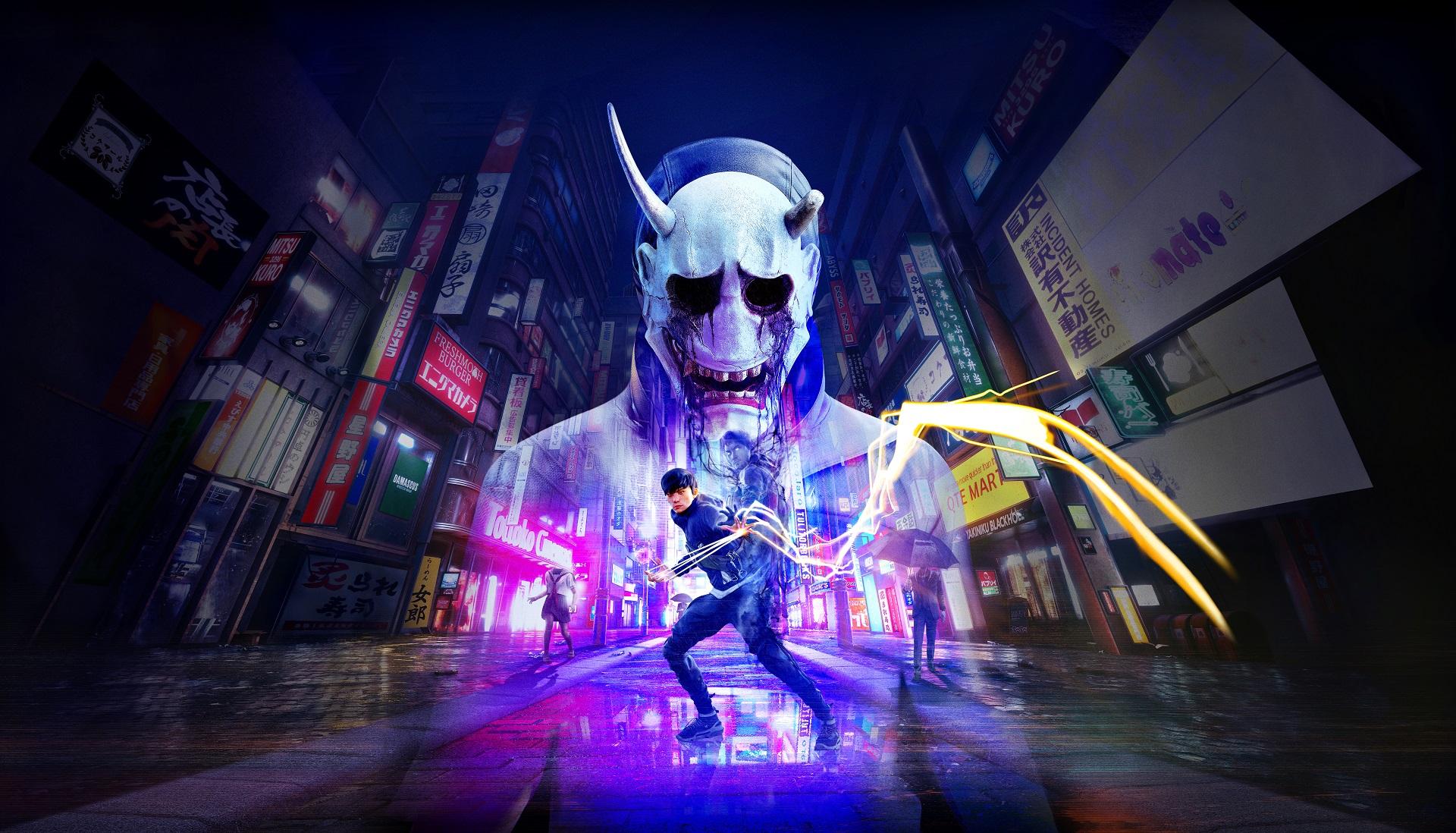 If you’re tired of the discourse surrounding what will certainly be 2022’s Game of the Year and my current favorite game of all time, Elden Ring, then prepare for a light sprinkling of discussion regarding one incredibly safe Ubisoft-style open world courtesy of Ghostwire: Tokyo.

Ghostwire: Tokyo debuted at E3 2019 in what quickly became an internet-famous presentation by its previous creative director Ikumi Nakamura (who, unfortunately, stopped work on the game shortly after due to health complications). She famously remarked while describing the game, “It’s spooky.” I’m extremely disheartened to report that the game is not very spooky.

Things kick off when our protagonist, a young and handsome lad named Akito, awakes from an accident possessed by the spirit KK, who grants him supernatural powers and the crucial ability to reluctantly engage in buddy-banter while adventuring. The city of Tokyo’s population has mysteriously vanished, and their spirits are adrift as a masked villain plots some nefarious something-or-others.

The introduction is long, rote, and full of exposition that lacks any real hook. Akito’s sister is central to the villain’s plot, though it’s not explicitly stated why that is. She’s also bedridden, which Akito blames himself for, and his parents are both dead. Do you feel bad for Akito yet? I didn’t either, because at this point of reading you know about as much about him as I did after several hours of playtime.

Ghostwire: Tokyo seems to believe character motivations can simply be hand-waived as long as someone in their family has suffered tragedy. Rather than spend any real amount of time learning about anyone or who they are as a character, the game is far more interested in expositing bland worldbuilding and explaining that everyone who’s involved in any part of the plot is doing so because they’re sad about someone in their family and no, you’re not going to learn anything meaningful about them in any reasonable amount of time.

So the character writing isn’t going to win any awards, let’s move on to the world itself. There are some pretty cool visuals that scream “concept art brought to life,” but these are relegated to linear hallways within the main story. The world itself is muddy, bland, and graphically unappealing most of the time. Shibuya underground is one exception, because the gloomy atmosphere works quite well in its claustrophobic setting. But above ground, the city all starts to blend together, and there have been much more convincing and artistically pleasing depictions of Tokyo prior to now (see: Yakuza).

The enemies that populate the world, however, sorta rule. Everything from headless children to faceless salarymen wielding umbrellas wander the streets. The variety is impressive, particularly of enemy sub-types, and these give combat a little extra spice. Unfortunately, the combat itself is far less interesting than the enemy designs.

Remember House of the Dead? That old arcade game with light guns where you were on rails and enemies sorta just shuffled in place in front of you while you fought them? That’s kinda how Ghostwire: Tokyo works. Imagine Resident Evil 7, but even less mobile.

When you engage in combat, you and the enemies do a sort of dance in place — you can block them, but you can’t dodge. You can’t move very fast, and if you turn your back, you’re probably toast. So your best option is to stay put, block their attacks, and counter using your magical spells consisting of water, air, and fire. Do enough damage and you can rip out their core, healing you and replenishing some ammo. You’re going to be engaging in a lot of combat in Ghostwire: Tokyo. Far more than Resident Evil 7, or even Village. And it’s a huge drag.

If you run out of ammo, your only options are to steal a core for a paltry amount, or find one of the shimmering objects floating in the world and break it open. That’s right – if you run out of ammo mid-fight, you’re left lumbering backward to try to find a holographic trashcan to stay in the battle. Combine this with what I find to be literally the worst first-person camera controls since Fallout 3 and it turns into an absolute clown show. The moment I was in control of my character for the first time, I let out an audible “Oh no.”

No matter how much I’ve fiddled with the camera control settings, I cannot get this game to feel enjoyable to play. Together with what is pretty questionable performance, even on “High Frame Rate Performance Mode,” I was nauseated after a couple of hours of playtime each session. It’s sort of a shame because combat can sort of click when you’re performing perfect blocks and ripping out multiple cores at once, but its repetitive nature and the horrible controls made me avoid it whenever possible.

What I find perplexing about the control and performance issues is how Ghostwire: Tokyo was marketed as “made for PlayStation 5.” Sure, it’s a timed console exclusive, but the haptics and optimization feel pretty phoned-in. Not to mention the touchpad implementation — an idea so horrible there’s an on-screen prompt to literally skip the entire thing each time you’re asked to do it. Not even the developers thought it was an idea worth using, apparently.

Hot off the heels of Elden Ring I actually found the checklist-style open world of Ghostwire: Tokyo to be sort of comforting. It’s nice to run around and collect things and finish tasks quickly, but the upgrades you earn for doing so don’t feel too meaningful. The skill tree, for example, is full of things like “Increases Fire Speed by 15%.” Exciting.

Ghostwire: Tokyo isn’t “spooky.” It also isn’t particularly fun to play, nice to look at, or interesting to listen to. It’s a completely average experience top to bottom, of which I’m certain there will be fans. For my money, I like to stick to things that lean a little more in either direction as far as quality goes, but if you’re in the mood to fight yokai in the streets of Tokyo and engage in Far Cry-esque side missions, what’s here is going to hit all the right spots.

This review is based on the PlayStation 5 version of the game. A code was provided for review by Bethesda Softworks.

Ghostwire: Tokyo is, heartbreakingly, not spooky. It's also not particularly interesting, and I certainly didn't find it very fun to play. I'm sure genre-fanatics will find something to latch on to, but nothing ever quite hooked me enough to make the journey feel compelling.