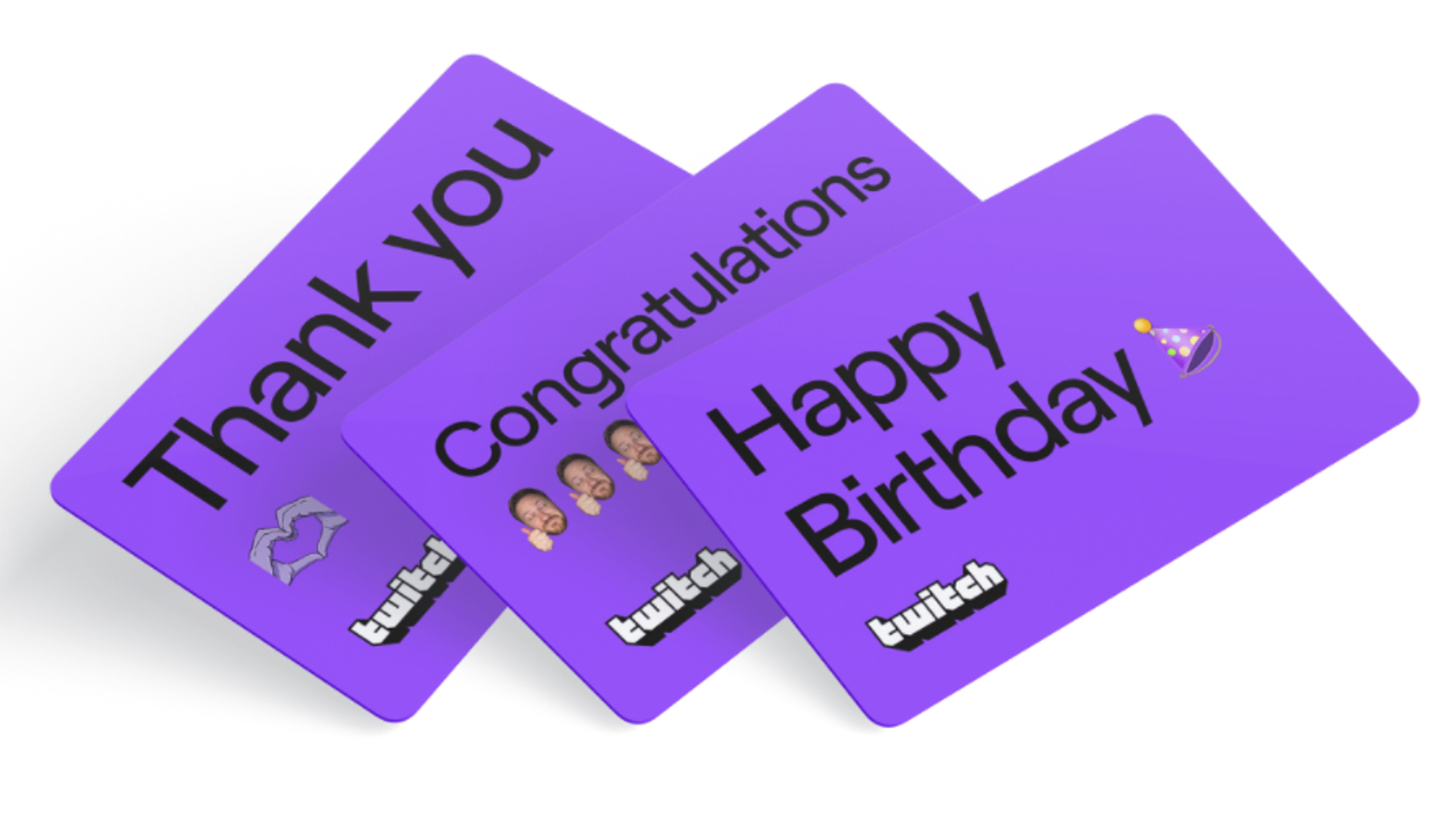 Twitch, the popular live-streaming service behind some of the world’s most popular streamers, is now offering gift cards.

The site joined the vast majority of restaurants and retailers around the world in launching an official Twitch gift card, which non-Twitch users can purchase for friends and family members with an account. Here’s everything you need to know about Twitch’s new offerings, from where to find them to what they can be used for.

How and where to buy Twitch gift cards

Purchasing one of Twitch’s new gift cards is simple, even for those without a Twitch account. Interested purchasers can simply head over to the Twitch website, where a full page is dedicated to various versions of the bold purple card. Most digital purchases will go through Amazon, where you can find a variety of options — from birthday wishes to graduation celebrations — and select the correct price point. Digital Twitch gift cards are purchasable for any amount between $25 and $200 for the U.S., Canadian, and Australian shoppers, between €25 and €100 for European shoppers, and between £25 and £100 for British shoppers.

Twitch gift cards can only be redeemed by users with a Twitch account, so ensure your recipient still spends plenty of time on the streaming site before purchasing. Redeemed cards will appear in a user’s Twitch wallet, and can only be redeemed and used in the same currency they are purchased in.

Physical gift cards are also available from most major retailers, according to the Twitch website. These will function similarly to their digital counterparts, but allow purchasers to exchange a physical gift with their recipient. These cards are mostly customizable, and can be purchased in any amount between $15 and $200 for most users. Canadians can boost their physical gift cards to up to $500, but most European users will have to stick with digital for the time being.

Who can use Twitch gift cards?

What are Twitch gift cards used for?

Twitch gift cards can be redeemed for a variety of things on the site, from channel subscriptions to bits and gift subscriptions. U.S. dollars can also go toward Turbo, which provides users with ad free viewing, a chat badge, expanded emoji selection, extended broadcast storage, and custom chat username colors. Turbo is not available with a gift card purchase using any other currency.