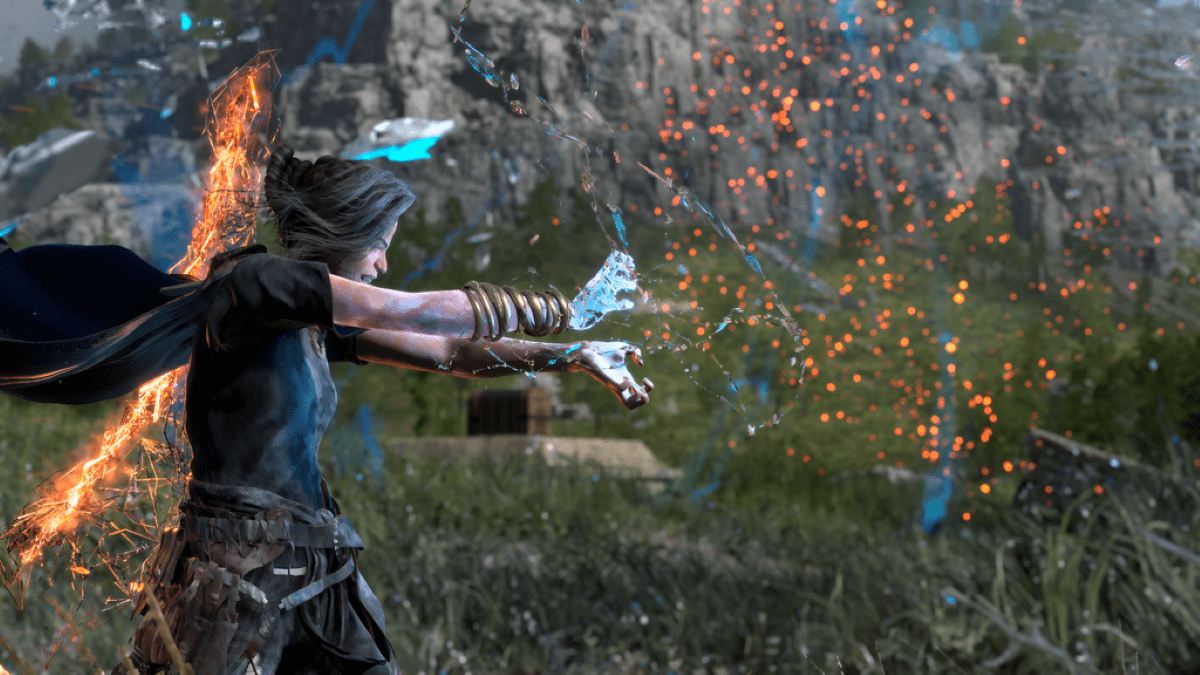 Square Enix’s Forspoken arrives today on PlayStation 5 and PC, delivering an expansive and atmospheric open world, kinetic combat, blisteringly fast parkour, and a compelling fish-out-of-water story. We thought it was great, though with a few tiny flaws likely to aggravate some players.

Having now finished the game and delved into the post-credits content, there’s one little thing that confused us, that we suspect might trip you up too. Forspoken‘s combat is all about tossing out as many spells as possible while pinballing around the landscape using your parkour skills. Enemies are vulnerable to specific types of magic and by the time the game wraps up, you’ll have an arsenal of spectral weaponry, projectiles and support skills under your belt.

The only problem is that it’s not immediately obvious how to switch between them while in combat. In Forspoken, there are four sets of powers, which — for the sake of avoiding spoilers — we’ll refer to as ‘purple,’ ‘red,’ ‘blue,’ and ‘green.’

So, if you’re tossing rocks using your ‘purple’ powers and decide you want to get up close and personal with a ‘red’ magic sword, here’s how.

The controls to change spells are, somewhat intuitively, on the DualSense’s touchpad. Once you’ve unlocked the four spellcasting trees, you swipe right on the touchpad for ‘purpl’e magic, up for ‘green’ magic, left for ‘red’ magic, and down for ‘blue’ magic.

This isn’t an ideal control system, as in the midst of a hectic battle, it’s all too easy to accidentally press the touchpad and end up on the menu screen. We wish they’d simply used some kind of radial dial in the same way you select individual spells, but it is what it is.

Having not played the PC release, we don’t currently know how the system works there as most PC gamepads don’t feature a touchpad.

Either way, mixing up your combat style is key to a speedy victory in Forspoken, so you’d better memorize those four directions so you can fire off the right spell at the right time.

Forspoken is out on PlayStation 5 and PC today, Jan. 24.