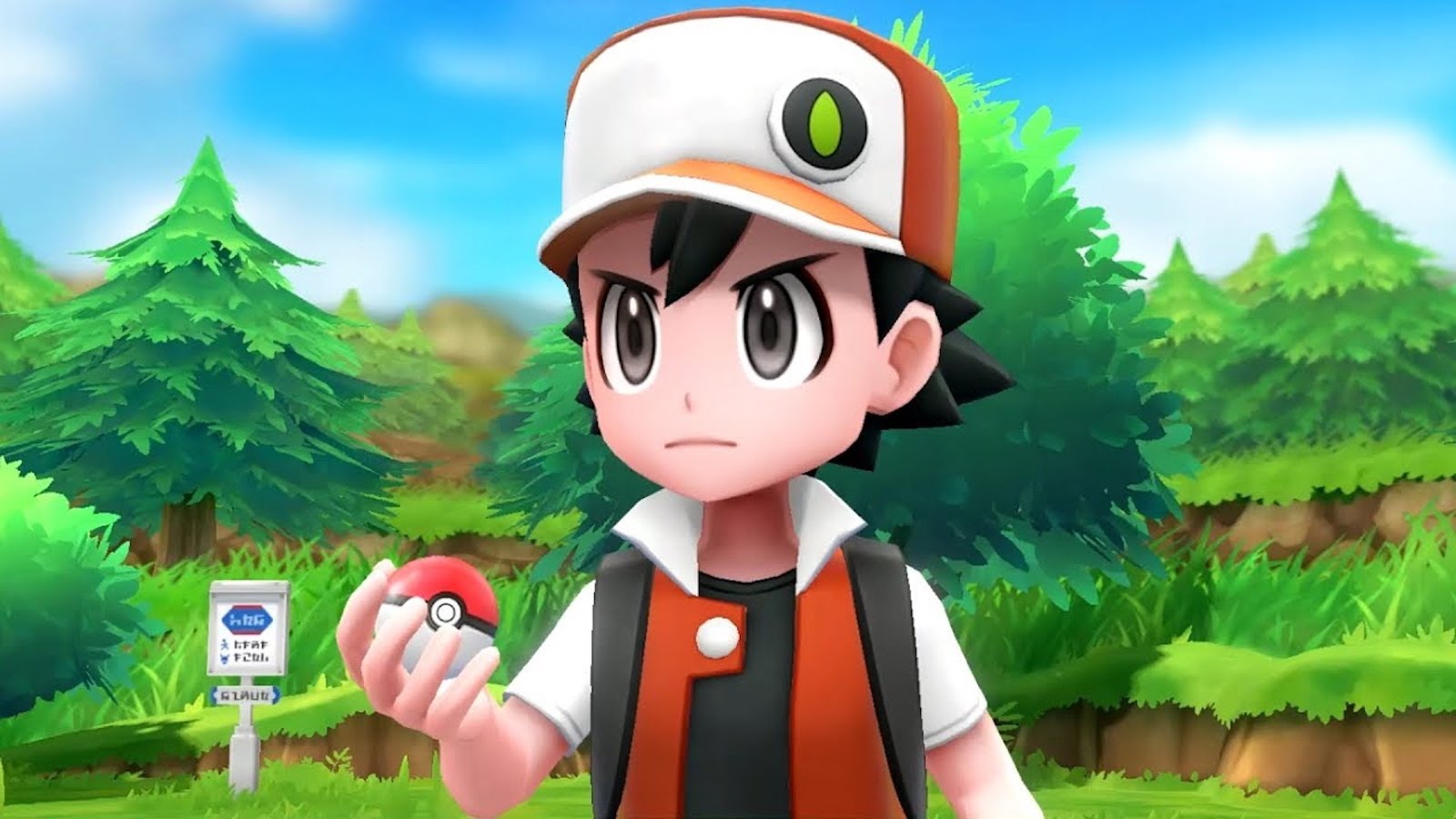 Pokémon is one of the most recognizable game franchises of all time, with an estimated 300 million games sold and a staggering 1 billion downloads for the mobile walking game Pokémon Go.

It’s a worldwide phenomenon that’s produced not only the core games, but a number of side titles and spinoffs, including off-shoots like Pokémon Snap, Pokémon Puzzle League and Pokémon Trading Card Game Online.

If you count all the Pokémon core games and spinoff titles, there are 76 titles. If you include all of the Japanese titles, many of which are identical except for language, that number shoots up to 122.

While that number may seem astronomical, when you factor in the fact that the first game was released 26 years ago in 1996 then it becomes more plausible.

The core games are grouped into eight generations from the first game to today.

Pokémon is an abbreviation for Pocket Monsters. It’s a multi-media franchise created in Japan where Pokémon trainers capture and train Pokémon and then use them to battle other trainers who’ve done the same.

The franchise covers everything from cartoons to video games to trading cards to mobile games. It’s exclusively a Nintendo property, meaning there are no PlayStation or Xbox Pokémon games.

How many different Pokémon are there?

From the first generation to now, there are 908 different Pokémon characters.

This list will cover all of the main Pokémon games but not the spinoffs.

Released on the original Nintendo Game Boy, these two titles are widely credited with starting the Pokémon craze statewide. The game introduced players to then-main character Ash Ketchum and allowed the choice of one of three starter Pokémon: Bulbasaur, Squirtle, or Charmander.

The Japanese versions of these games were called Red and Green.

Pokémon Yellow is an enhanced version of Red and Blue. It was meant to mirror the cartoon series more closely, with the player given series favorite Pikachu as a starter. Gym leaders from the show as well as Team Rocket’s James and Jessie also make an appearance.

Another difference is that Pikachu follows Ash around the map. It was also compatible with the Game Boy Color, which was a pretty big change from the previous iteration’s monotone color palette. Otherwise it’s pretty much identical.

Gold and Silver changed things for the franchise fairly significantly. First of all, it was released on the Game Boy Color so it was colorized from the get-go. There is also a day and night cycle with the ability to catch certain Pokémon at certain times.

It also had a seven-day calendar with special events on different days. If that wasn’t enough, there were more than 100 Pokémon in the game and you could breed them for the first time as well.

Ruby and Sapphire were released on the technologically cutting edge (for its time) system, the Game Boy Advance. It had a lot of changes and was visually a huge step forward in the series.

One pretty huge change was the introduction of 2-on-2 battles, with the ability to enter a battle with two Pokémon at once. Both need to be felled in order to win the battle.

This version of the franchise also introduced fan favorite gameplay feature the secret base – hidden rooms that players could customize. However, developers eschewed the very popular day/night cycle in the game, a move that bothered some diehards.

These two games were basically just upgrades of the original two games with graphical upgrades, glitch fixes and a few new features here and there. It stayed true to the original storyline of the games and didn’t add any new Pokémon.

New features include a help system and a new southern region with Gen II Pokémon.

Emerald was the last game to appear on the Game Boy Advance. It’s an upgrade to Ruby and Sapphire with graphical improvements and a few minor adjustments here and there.

There are a few story changes and the game combined the previous two entries. It introduced a feature called Battle Frontier where players can battle other trainers, as well as a map called Pokénav that shows trainers that want a rematch.

Diamond and Pearl are important entries in the franchise for a number of reasons. It’s the first game of the fourth generation and the first on the (then) new portable Nintendo system, the Nintendo DS.

It reintroduced a fan-favorite feature – the day/night system from the second generation. Also the Sinnoh map was the first map with an underground part, making it multi-level.

But that all paled in comparison to the newest, shiniest feature and a real game changer – Wi-Fi connection for online play.

Like all of the previous games that come out after the initial two new ones, Platinum is an upgraded version of Diamond and Pearl. Also like previous upgrades, graphics and improvements were made here and there to the older games.

HeartGold and SoulSilver are, you guessed it, remakes of an earlier game. They’re remakes of second-generation classics Gold and Silver. New features on this game include a new sporting event using the stylus and numerous expansions to specific game areas.

Players can also link up with previous games to procure more Pokémon.

Nintendo came out swinging for the fifth generation of Pokémon games. New hyped features included triple battles and Pokémon musicals where trainers made their Pokémon dance with each other.

It’s one of the most solid entries in the series and captures exactly what a good Pokémon game should look like.

Pokémon Black and White 2 breaks previous traditions for a third Pokémon game in a generation by being a direct sequel to its predecessor instead of a remake. It takes place a few years after the first game and there’s a continued story in new locations, and enemies from the first game re-form under powerful foe King Ghetsis.

The sixth generation of Pokémon games introduced 72 new Pokémon, the least of any generation. However, the game was a pretty big deal because it was released on Nintendo’s newest handheld at the time – the Nintendo 3DS.

These titles are re-masters of third generation classics Ruby and Sapphire. Nintendo kept its hands off a lot of things and it’s a fairly straightforward remake of the originals with better graphics. Although it did add Mega Evolutions into the mix, something that wasn’t available in the original game.

The seventh generation of Pokémon games started on the 3DS with Sun and Moon and ended up on the nintendo Switch. The game takes place in the floral Alola region, inspired by the real life locale of Hawaii.

Gameplay commands were organized to better help with touch controls, and gyms became island challenges. The leader of each island had to be defeated to progress.

Shockingly, this game is a revised version of Sun and Moon with graphical improvements and some of the same features. It added a photo booth mode where trainers could take pictures with their Pokémon and customize the background and poses.

These games have the distinction of being the very first Pokémon games on the Nintendo Switch. It’s set in the original Kanto region of the original game with 151 old-school Pokémon and some from the previous game as well.

It’s a hybrid of the incredibly popular Pokémon Go AR mobile game and Yellow. Motion controls on the Switch are utilized to catch Pokémon and the games are considered spinoffs by many diehard fans, even though Nintendo says it’s part of the core series of games.

The eighth generation of Pokémon is the current one. It introduced 81 new Pokémon and Sword and Shield is partly based on British and Irish mythology. Pokémon are now visible in the open world, called the Wild Area.

Gyms are back to replace islands and trainers can now grow their Pokémon with Dynamax.

These two titles are remakes of the Nintendo DS game Diamond and Pearl. It’s a fairly straightforward remake with some graphical improvements.

It takes place in Sinnoh again, and there are 493 playable Pokémon from the first four generations.

Arceus is the latest core Pokémon game and the introduction of the Legends motif. As a player, you’re swept back in time by Arceus, who provides you with an Arc Phone and tells you to seek out all the other Pokémon.

It takes place in a past version of Sinnoh called Hisui and seven new Pokémon are introduced in the game, as well as various “Hisuian” forms for previous-generation Pokémon.

The game has the ability to trade with other players online but not to battle with them, although that may change in a future update.