A technical marvel with visuals intended to convey so much information to the player that no amount of gameplay footage will adequately prepare you for them. Hyper Demon is a sequel that expands on and improves a winning formula. 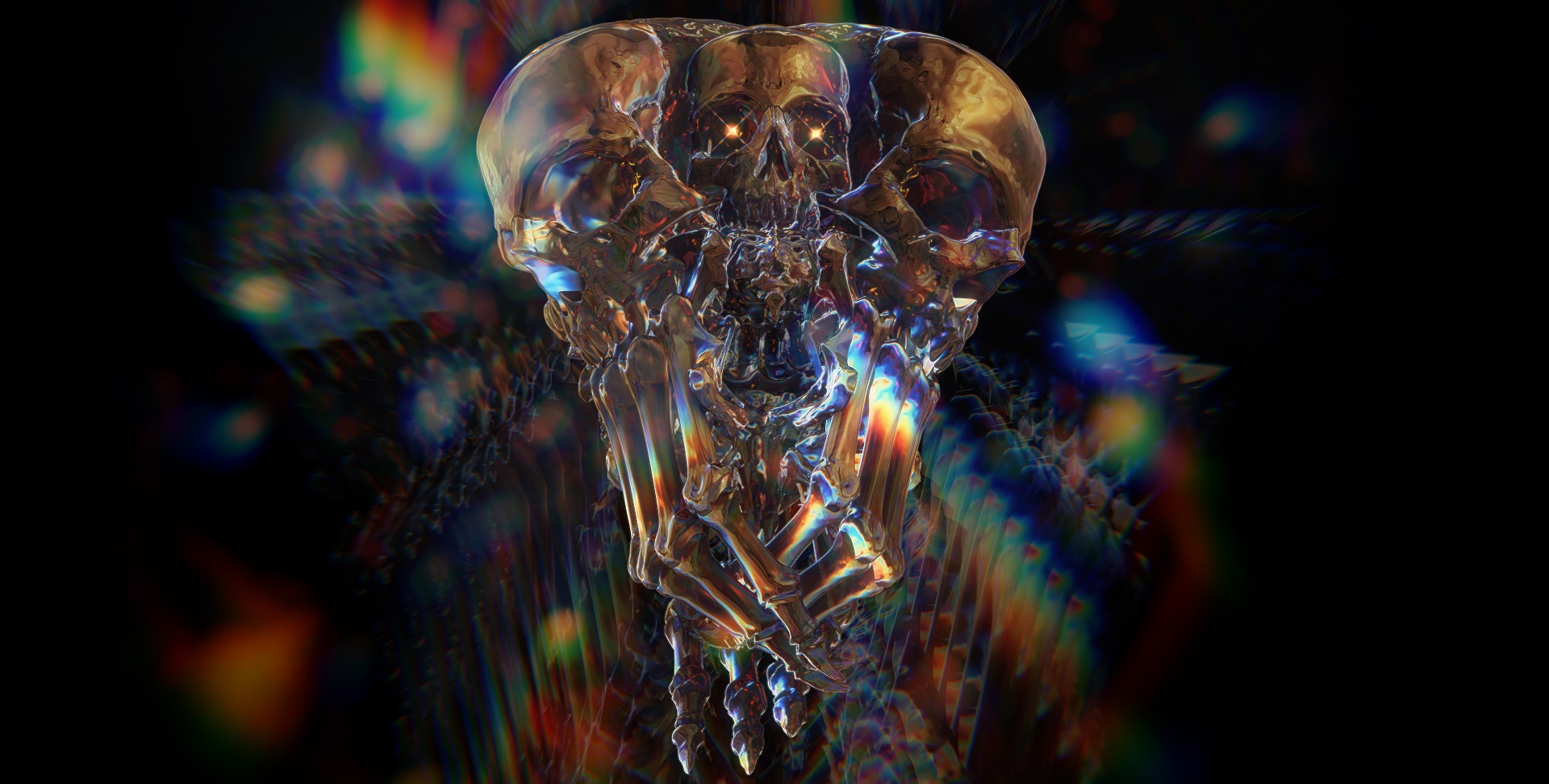 I love Devil Daggers. I love it so much that I buy it for every friend of mine who is getting their first gaming PC, just for them to practice aiming with a mouse and moving with a keyboard. I’m not the best at it — I’ve never even unlocked its only achievement. But I adore its aesthetics and its arcade survival gameplay.

In case you don’t know, Devil Daggers is all about surviving as long as you can. You’re chased by regular skulls, horned skulls, centipede skulls, bigger horned skulls, accosted by skull spiders — you get the idea. Your hitbox is about the size of a single pixel, so your only focus is avoiding enemies and dispatching them as they come, predictably, in timed waves, until you inevitably die.

It’s a very ‘pure’ experience. It also has one big problem: the better you get at it, the worse the game becomes. Early waves of enemies pose little to no threat as you wait around for the more difficult section you’ve still yet to master. It makes going back to enjoy it again more difficult, and the daunting task of conquering it even more so. Eight years later, Sorath has surprised us all with Hyper Demon.

If Devil Daggers is “pure,” Hyper Demon is the opposite. The combos and mechanics are so comparatively complex that there’s a bespoke tutorial section. The visuals are so difficult for a viewer (note I say viewer here, more on that later) to parse that many preview outlets deleted the trailer footage out of fear of triggering epileptic symptoms. Its muddy, cacophonic graphics look like something out of Annihilation. And because of, or despite all this, it’s more than a worthy successor to Devil Daggers.

It’s time for a quick ~mechanics breakdown~ for anyone who hasn’t played Devil Daggers or Hyper Demon. You shoot knives out of your hand, and you can tap the shoot button for a shotgun burst. There’s a simple bunny hop, and a newly introduced dash and slide. Gems are dropped from larger enemies and are vacuumed toward the player when not shooting. These gems can also be used to fire lasers using the right mouse button, and these lasers can be refracted off the ground to hit multiple enemies.

Most critically, gone is the timing system of Devil Daggers, and the new scoring system put in its place is probably the reason I consider Hyper Demon to be the superior game. A timer that counts down instead of up. Killing enemies adds time (if you hit zero, you simply go negative), and causes the next waves of enemies to spawn more quickly. This tackles the biggest issue with its predecessor — there’s no more downtime. The better you are, the faster you’ll rack up points and chew through the early game. It makes what was already an addicting arcade affair nearly impossible to put down.

Let’s talk visuals next, because if you’re anything like me the trailer looked like a nightmare to play. Hyper Demon features a variable field of view. The higher your score or the more ammo you have, the more you can see in your periphery. Something about ‘spherical projection.’ It looks incomprehensible to an onlooker, but the way it conveys information to the player is groundbreaking. The amount of visual noise should make things impossible to pick apart, but something about how it’s delivered leaves nothing to the imagination.

This is to say nothing of the rear-view camera. That’s right, enemies directly behind you appear as red holograms in front of you, and it just works. I’ve never seen anything like this, and it feels like the sort of rare genre innovation that makes certain titles really shine.

There aren’t many enemy types in HYPER DEMON, but each serves as a core mechanic. Smaller skull-centipedes are stunned with damage and must be either finished off or dashed into for the kill before they wake up and tenderize you. Skull-snakes leave behind hazards until all three of their heads are dispatched. Spawners drop large crystals when defeated, and encountering one gives you four options — break it for some gems, shoot it for homing missiles, dash into it for a super-dash, or grab it and carry it somewhere else. Finally, skull-spiders try to suck up all the gems on the field to produce bombs (which can also be grabbed and tossed into enemies) and can be forced to show their three weak points by dashing under them or standing close enough to get them to slam into the ground. It’s… a lot, especially for how few enemy types there actually are. There are also a few surprise introductions the farther you get.

These enemies spawn in predictable patterns every run, and you can see exactly what’s spawning next on the field to prepare for what’s coming. Lining up several quick kills in succession is the key to racking up points, and while your strategy might change slightly, it’s speed and confidence that gives a winning edge. I have a concrete strategy for, I’d say, the first three waves. After that, I’m sorta just playing free jazz, and it gets much more difficult.

There’s a snappy replay system in place to watch your best run, and anyone else’s top score as well. Watching the top leaderboard run made me feel at once terribly inadequate and emboldened to improve. You can use these to discover strategies that the tutorial might not have made crystal clear, or feel bad about yourself and stop playing for the night.

I can’t remember the last time a game did so much with so little. I sat for three and a half hours in a hunger-induced daze just trying to figure out a tiny bit more strategy for the early game. On release, I managed a score of 72, which put me at roughly 60th on the global leaderboard. A tap of the “R” key sent me screaming back to the start in the blink of an eye, and the decision to ‘bank’ a new high score while it was still hot or risk running it down trying to push it higher always got my heart pounding. This is not a game for everyone. If you like pushing the limits of your reaction speed and competing with yourself, again and again, Hyper Demon is the perfect game to revisit from time to time or spend days on end mastering. See you on the leaderboards.

A technical marvel with visuals intended to convey so much information to the player that no amount of gameplay footage will adequately prepare you for them. Hyper Demon is a sequel that expands on and improves a winning formula.