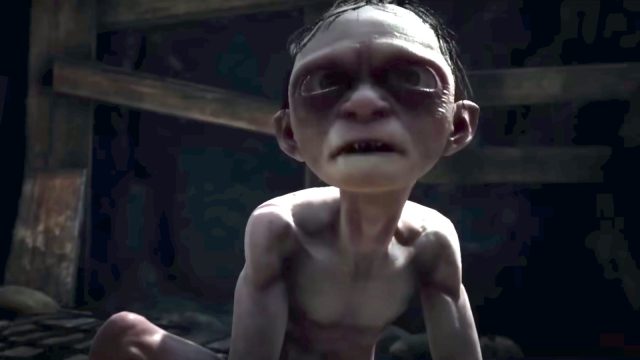 The Lord of the Rings: Gollum
Review of:

Of all the characters in Lord of the Rings, Gollum is one of the most tragic.

The desperate, lonely creature, once a Stoor — cousins to the Hobbits — was twisted and manipulated by the One Ring, leaving him with no home, no family, and no real driving force beside his absolute obsession with the small, but impossibly powerful, dark vessel.

A video game based around the vital Lord of the Rings character was first teased back in 2019, with a 2021 release date initially promised to fans. Thanks to the COVID-19 pandemic, however, Gollum — like so many other projects — was delayed, leaving eager gamers with a hazy release window. Despite the lack of a clear release date, the game was expected to drop at some point in 2022.

With only a handful of weeks left in the year, and no fresh announcements from Daedalic Entertainment — the developer behind the upcoming game — that 2022 release seems less and less likely. With no updates on a further delay, however, fans aren’t really sure what to think. If the game was still expected out in 2022, we’d surely have an update by now, which is pushing many to think Gollum won’t hit shelves until 2023 at least. The lack of any word from the game’s developers is pushing some gamers in a more cynical direction, however, with rumors spreading that the game won’t ever see a release. It wouldn’t be the first game to be permanently shelved due to production delays, but fans of Tolkien’s broad body of work are holding out hope that we’ll eventually get to try out Gollum for ourselves.

Is The Lord of the Rings: Gollum ever going to release?

Gollum was initally slated to release on Sept. 1, 2022, but the developers announced a delay of “a few months” in the time window leading up to the promised release date. No fresh details have been announced since.

There’s very little word on when gamers can actually expect Gollum to drop, but the game is still expected to release eventually. Don’t get too worked up over the idea of a 2022 release, given that only a month and a half remains in the year, but an early 2023 release window isn’t out of the question. Given the initially expected time frame, it’s very unlikely that the game will drop any later than next year’s winter months, but the developers are maintaining a careful silence on any hard dates.

On Steam, where the game has its own dedicated page—complete with screenshots and trailers—the “planned release date” leans on Gollum’s nature to keep the mystery alive. It promises that the game is “lurking until the time is right,” giving fans absolutely nothing concrete, but still holding out a glimmer of hope that the game will drop eventually.