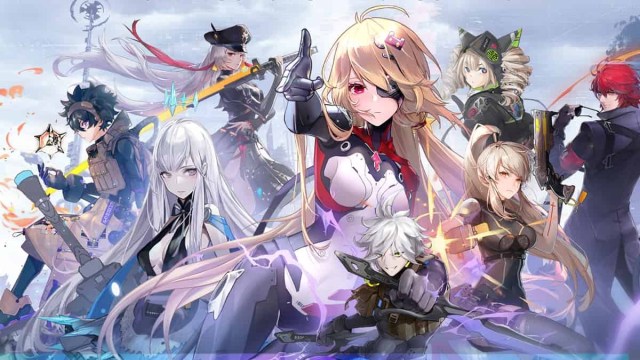 Tower of Fantasy is the newly released online MMORPG gacha game that was launched on PC and mobile devices. Players are sent to Planet Aida, a cyberpunk planet filled with new and interesting characters to meet and enemies to defeat. Players are encouraged to team up with their friends as they travel around this vast new land filled with beautiful landscapes and sceneries. But the big question on everyone’s mind is ‘Is it like Genshin Impact?’

As Genshin Impact is the biggest gacha game since its release in 2020, people were wondering if there would be another title that’s capable to be its competition. And since the announcement of Tower of Fantasy, fans are hoping that this game would be able to stand on its own. However, during the game’s initial launch back in mid-August 2022, fans noticed some similarities and differences that the games share.

Tower of Fantasy has caught the attention of over 4 million players that pre-registered the game. And while the game is still new, a majority of players who signed up are those who’ve played Genshin Impact in the past. Genshin Impact and Tower of Fantasy have notable similarities such as the various gacha banners that players can pull from, the opening sequence on how one selects their character, and an open world that players are transported to.

However, Tower of Fantasy has several features that make it different from Genshin Impact. For starters, the characters you pull are mostly just skins. What you’re really after are the different types of weapons as each of them has a different element and combat style attached to them. Tower of Fantasy doesn’t have teams for you to build, but rather encourages players to team up with others to get through the tougher bosses that surround the area. All you need to do is pick three weapons of your choosing and it’s up to you to decide what type of role you would like to play. Also, you get to customize your avatar to your liking, something that hasn’t been introduced in Genshin Impact.

Whether you describe it as ‘The Genshin killer’ or as another option to choose from, Tower of Fantasy has some gameplay elements that make it unique and different from the competition. It’s up to you to choose if you’d want to play something that has stuck around for a while or something new and fresh. Or maybe both, the choice is up to you.

Tower of Fantasy is now available on PC, Apple, and Android devices.