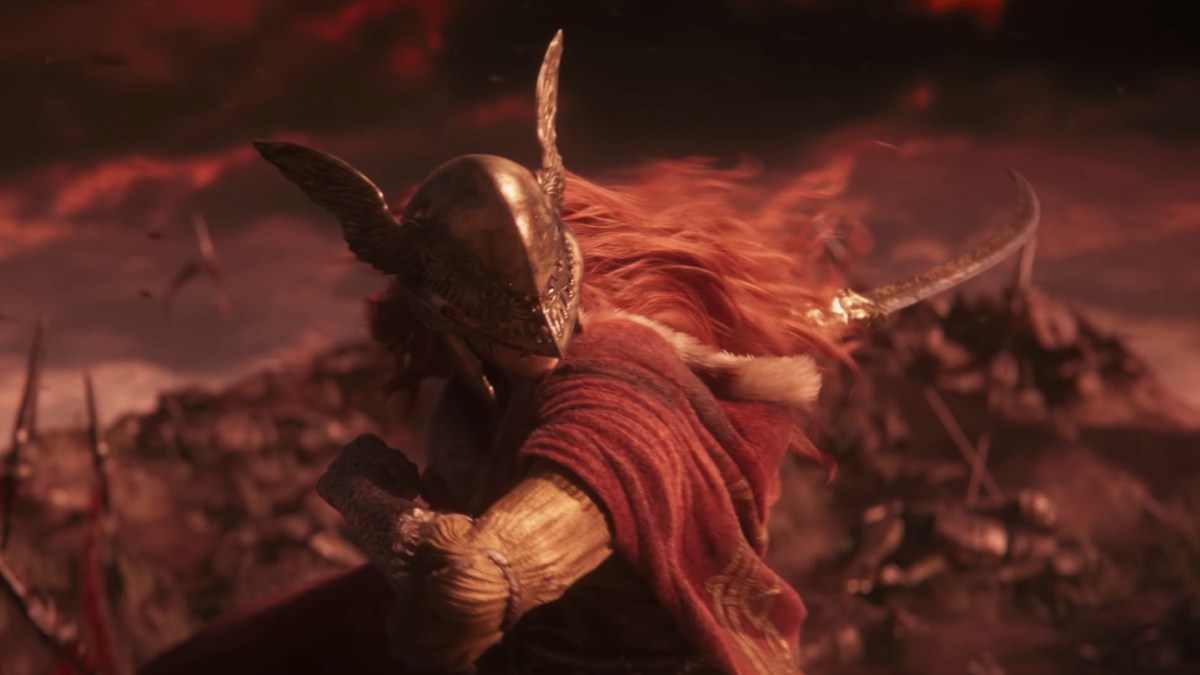 That hype-fueling promo campaign for God of War Ragnarok proved to be something of an undersell, after all, as reviews for the highly anticipated Santa Monica sequel are now calling it an improvement on every facet of the original title. But as we bask in the epic scale of Kratos’ next journey in the Nine Realms, the internet wants you to remember that even now, there’s no guarantee that Ragnarok will win Game of the Year, especially when its biggest competition is Hidetaka Miyazaki’s Elden Ring.

The Soulsborne sequel is still relevant many months after its release, and some folks are actively speculating about its DLC packs. According to dataminers, if and when these extensions arrive, they will be massive in scale and completely transform the way the game is experienced.

Perhaps that will give the push to start another playthrough and suffer through the torturous boss fights of the Lands Between, especially when the DLC is rumored to give you 30 more of them to grind through.

CD Projekt announces new director for the next Witcher saga

The Witcher fans are still lamenting Henry Cavill’s departure from the Netflix series, but at least we have all of the upcoming games from CD Projekt Red to look forward to, including a completely new saga that’s being developed using Unreal Engine 5. Now, the Lead Animator who oversaw both The Witcher 3 and Cyberpunk 2077 in the Polish company has announced the luscious promotion.

Sebastian Kalemba will now be helming the forthcoming trilogy, though we were originally led to believe that Gwent director Jason Slama would be steering the ship for the next major Witcher installment. Is Kalemba presiding over the entire project, and Slama the fourth entry in particular? Or does this conflicting announcement forbodes, even more, management trouble at CD Projekt?

With Cory Barlog vacating the directorial seat in God of War Ragnarok and focusing on his own new IP, a lot of fans had worried that the sequel wouldn’t live up to the high expectations. Added to the stigma surrounding sequels in the entertainment world and how they almost always fail disastrously, this is one of those rare occasions that a follow-up actually manages to overshadow its predecessor by the sheer magnitude of getting everything right and improving on most points of criticism from the original.

As it stands, Ragnarok has debuted on Metacritic with a whopping score of 94 out of 100 based on 112 reviews. Granted, that’s the same as the 2018 game if we’re splitting hairs, but a lot of critics are making it a point to note that Ragnarok improves on almost every aspect, and running on a console that has already bowed out, what Santa Monica has achieved from a technical standpoint is a marvel.

The RTX 4090 has been flaunting its innumerable Cuda cores as the most powerful GPU in the market ever since debuting last month. The Nvidia flagship card comes at a price tag ($1600) that makes it almost impossible for the majority of consumers to even contemplate buying, though, so this was the perfect opportunity for AMD to swoop in and save the day with their power-efficient RDNA 3 iteration.

RX 7900 XTX will become available for purchase at $999 and offer thrice as much in the way of performance when compared to RX 6950 XT. Considering the fact that 6950 is close to 3080 Ti in terms of performance, that puts the new card in the 4090 league, for sure, even if it won’t be able to quite hit those bench scores. Still, being $600 cheaper will definitely give AMD the edge they’re aiming for when 7900 XTX releases on Dec. 13.

God of War Ragnarok is giving Elden Ring a ferocious fight during this year’s Game of the Year awards across the gaming media, but there’s still some fight left in Hidetaka Miyazaki’s latest masterpiece. According to new information extracted by dataminers (per GamesRadar), the potential DLCs for Elden Ring could add as many as 30 new boss fights, new legacy dungeons, divine towers, 16 more NPCs, and of course, the mysterious Colosseum areas that remain inaccessible to players.

Arise ye, foul Tarnished, the fight is not over yet.