As with any MMO, Lost Ark is tricky to review on release. The most I can say is I enjoyed the mindless questing, beautiful locales, and great game feel. I can't speak on the endgame, but the fact that I'm excited to jump back in on launch day to do it all again with friends is a pretty good sign for now. 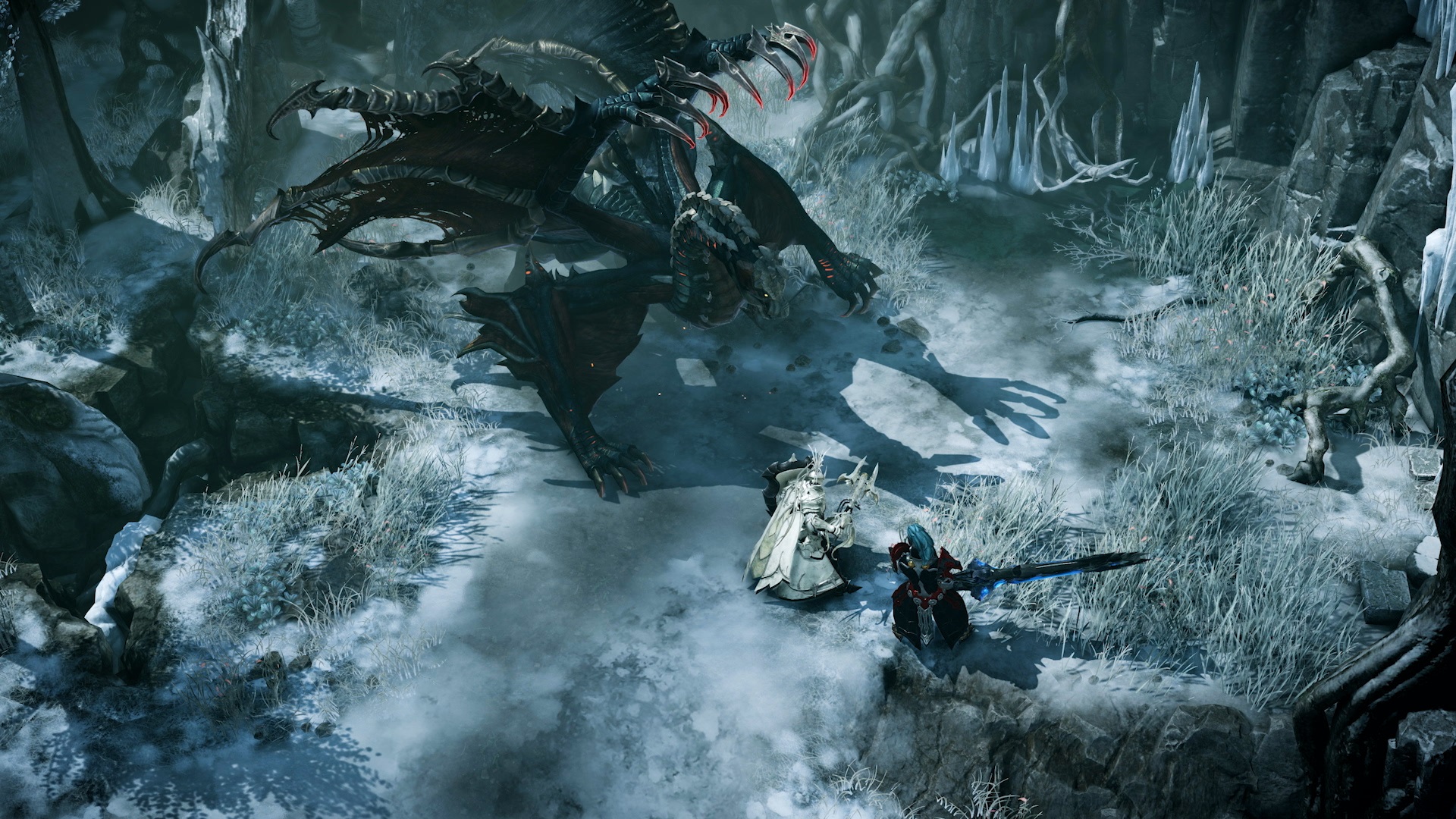 “Wow,” I used to say, “they should just make an MMO with Diablo-style combat! They could have support classes and bosses and raids, that would rule!” Little did I know, in a faraway land, my very obviously good idea for a videogame was being realized.

Covering an MMO is never easy. As a reviewer, I’m given a set amount of time with the game to enjoy the story and come up with some surface-level opinions, but it’s all rendered meaningless in time. Just look at World of Warcraft: Shadowlands — an expansion that reviewed well based on the merits of its story and locales, but is now heavily vilified by the community. You can never truly know how an endgame experience, monetization, or player base attitudes will color your experience of an MMO with any real foresight. So bear with me as I review what is basically the introduction of Lost Ark.

Lost Ark has technically been available to play for years at this point, but only in Russia and South Korea. It’s been updated, expanded, and retouched doubtlessly dozens of times, and we’re being treated to its current iteration thanks to Amazon Games’ publishing efforts. The irony that Lost Ark will surely overshadow Amazon’s in-house New World almost instantly is not lost on me.

At the very least, I’m confident in saying Lost Ark feels really good to play. It’s an unfortunately high bar to clear since most MMOs struggle with latency and game feel due to their size and scope. It’s common rhetoric that even though it’s running on an engine from 2004, World of Warcraft has the best “feeling” controls of any MMO on the market — even making Final Fantasy XIV feel sluggish in comparison. Lost Ark is nearly just as snappy, with its Diablo-style hack n’ slash combat feeling clicky and tight.

As for combat, there are several mainstay classes to choose from, but with the “holy trinity” (tank, healer, and DPS) being absent, they’re all relegated to being damage dealers, save for two. The Paladin and Bard are focused on supporting their team with buffs, while the rest of the cast deals and takes a majority of the damage. For my review session, I chose Berserker, an appropriately Berserk-style greatsword wielder with a focus on well-timed powerful strikes. From level one, I was smashing enemies so hard their corpses were reduced to paste, and I knew I had chosen the class for me.

Interestingly, Lost Ark’s combat is (most of the time, that is) much more methodical than, say, Diablo or Path of Exile. Rather than hurtling toward hundreds of cannon-fodder enemies, packs are usually limited to four or five beefier foes that need to be whittled down a little more slowly. I enjoyed this more purposeful pacing, especially during the excellent boss encounters that incorporate dodging telegraphed attacks ala Final Fantasy XIV, along with “back attacks,” which see you flanking enemies for increased damage.

Positioning and coordination are much more essential in Lost Ark than a traditional hack n’ slash, so I hesitate to lean too heavily on the comparison. The real-time combat and isometric camera are certainly reminiscent, but it’s an MMO at its core.

Unfortunately, my playtime was spent entirely solo during the PTR. I guess it’s good to know that content can be completed solo in a reasonable enough fashion, but it would’ve been nice to party up and watch the sparks fly. This just goes back to my disclaimer at the front of this review — take it all with a grain of salt.

Quest design is often very simplistic — go here, kill that, investigate this. Sometimes there are context-sensitive bits like putting out fires or aiding NPCs, but most of the time these simply string you from one of the game’s admittedly gorgeous locales to the next. Their real draw is how fast and easy they are to complete. There are no random percent chance drops, no mindlessly exploring vast expanses in search of the right item; it’s all done in a way that feels streamlined to a fault. It’s a completely frictionless experience, and it’s shocking how fast the hours can while away when you’re following the golden path.

The elephant in the room is the game’s cash shop. Being a free-to-play Korean MMO, eyebrows have been raised as to how Lost Ark will be monetized. The answer appears to be a slightly less aggressive scheme compared to the previous releases. From what I can tell, aside from cosmetics, there’s a “premium” subscription-type upgrade known as a Crystalline Aura which includes some quality of life improvements and a meager XP buff, as well as some pet functionality that can be purchased. It all went a bit over my head, as I was more focused on enjoying the story and questing experience than worrying about bits and bobs I’d need for the endgame, so I’ll leave this breakdown to more seasoned minds. There’s more information about the business model on the game’s site if you’re curious.

Clearly, Lost Ark was designed to be as addicting and rewarding as possible. Similar to something like Genshin Impact, rewards flow every time you complete even the most paltry of side quests. There are about four or five currencies, tons of gear, cosmetics, and mounts to be earned, all things that tickle my reptile brain and keep me wanting to play that extra hour or five. Lost Ark sometimes felt like it was paying off the false promises of those crappy mobile game ads you see online, featuring endowed princesses and throbbing knights promising glittering rewards and unlimited adventure.

The story is passably benign and is carried by some surprisingly excellent voice work sourced by Amazon Games for the English dub. It’s the typical dump of proper nouns and big bads and demons and Nephilim, presented through the standard in-engine jank of MMO cutscenes. It’s not going to win any awards in storytelling, but it does set up some great boss fights and dungeons later on.

I’m enjoying Lost Ark quite a bit, and I apologize that this summary paragraph is going to sound more like a preview than a review. It’s just not possible to predict how the endgame progression will pan out this early on, but since Lost Ark is free and I quite enjoyed even my solo leveling experience, I’d say it’s easily recommendable. If it grips you, there’s a good chance you’ll stick around for a while. And if not, you’ve got nothing to lose but time.

This review is based on the PC version of the game. A copy was provided for review by Amazon Games.

As with any MMO, Lost Ark is tricky to review on release. The most I can say is I enjoyed the mindless questing, beautiful locales, and great game feel. I can't speak on the endgame, but the fact that I'm excited to jump back in on launch day to do it all again with friends is a pretty good sign for now.