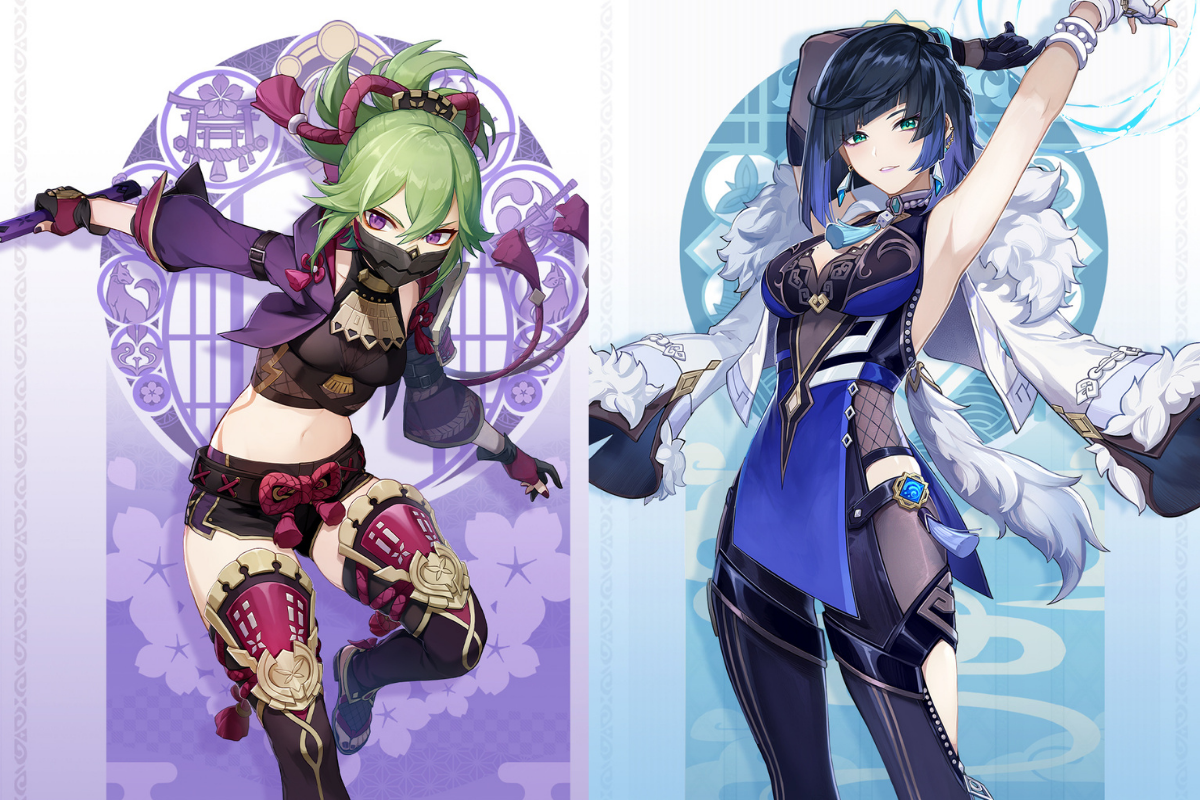 The two upcoming characters, named Yelan and Kuki Shinobu, will soon be available to the public sometime after the version 2.6 update. Whilst not a lot is known about them, the Genshin Impact Twitter account released a few basic details to showcase who they are and how they play a role in the world of Teyvat.

The first character that was introduced to the public is Yelan, who is described as a “mysterious person” that alleges to work for the Ministry of Civil Affairs.

“A mysterious person who claims to work for the Ministry of Civil Affairs, Yelan’s identity has always been a mystery. Like a phantom, she often appears in various guises at the center of events, and disappears before the storm stops.”

Yelan is an upcoming hydro unit from Liyue, but not much is known about her other than being alleged to work for the Ministry. The only character that knows Yelan is Yanfei, the pyro half-Adeptus lawyer from the same region, who suggests the player to treat Yelan as an ‘ordinary character’.

“Oh, you’re looking for Yelan? Hmm, I’d like to suggest that you treat her as an ordinary person, but if you do, it’s easy to lose control over negotiations. There are some things that really depend on her impression of you”

The second character that was teased by Genshin Impact is Kuki Shinobu, known to have transformed and changed the gang’s business scope.

“Although Kuki Shinobu joined the Arataki Gang at a later stage, she is a powerful figure who transformed the whole gang. After she arrived, the gang’s business scope expanded to all walks of life, including but not limited to: legal consultation, business negotiation, banquet catering, clothing customization…What’s even more surprising is that the lackadaisical Arataki Gang was able to produce all the relevant practice certificates, all signed with the same name: Kuki Shinobu”.

Kuki is an upcoming electro unit from Inazuma and is the deputy leader of the Arataki Gang, a mischievous group run by Arataki Ito. Other than Ito, another character that knows Kuki’s existence is Kujou Sara, leader of the Tenryou Commission, who sees her as a ‘talented person’.

So far, it is unknown what weapons these two characters will use, if they are a four or five-star unit, or when they will be released.

Genshin Impact is a fantasy RPG game on mobile, PC, and PlayStation, wherein players explore the world of Teyvat to reunite with a long-lost sibling. The game was first released in 2020, and has since won multiple awards, the most recent being Best Mobile Game at The Game Awards 2021.