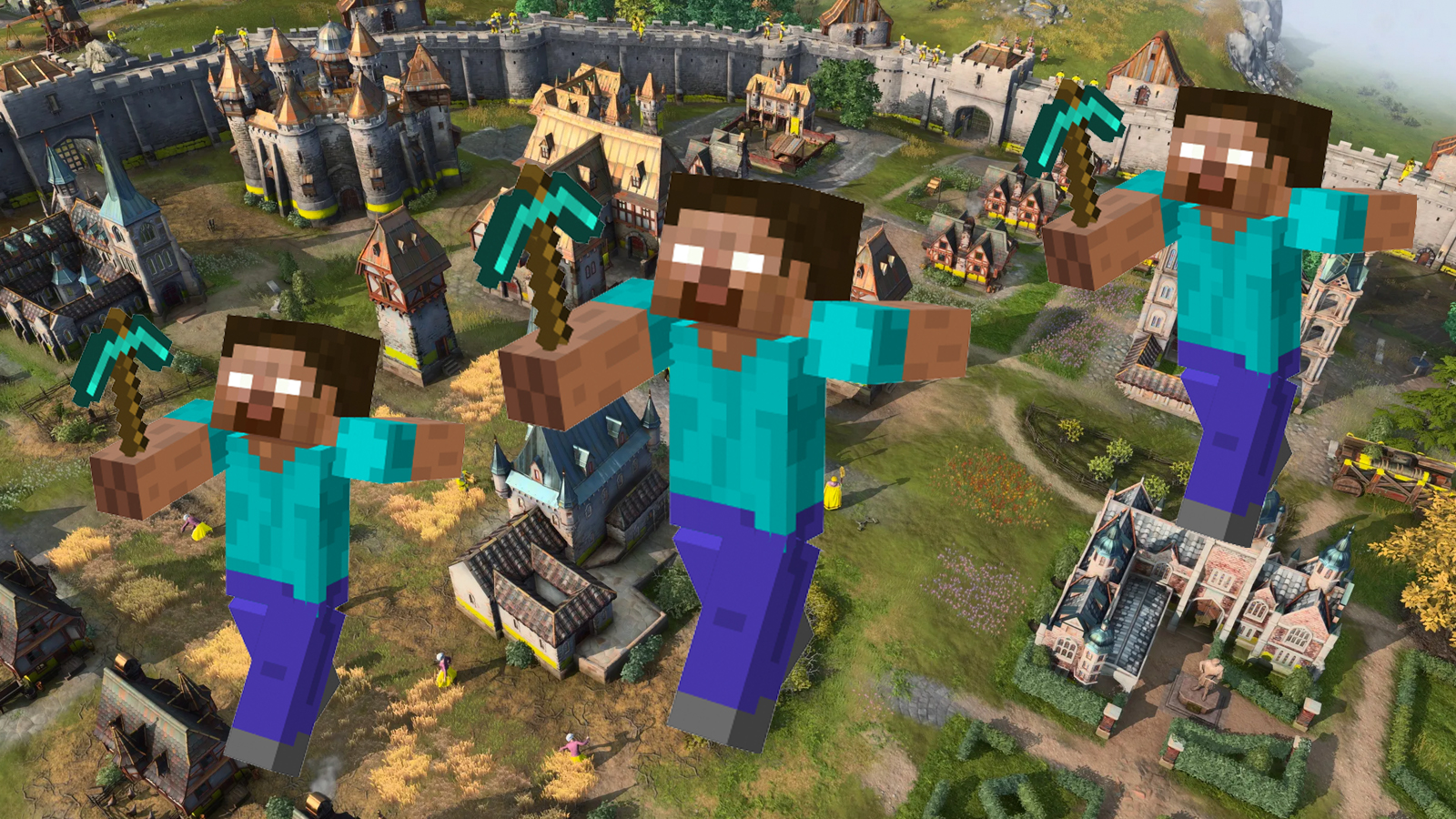 In news that will cheer the endermates in the chat, video game journalist Jeff Gerstmann says a Minecraft real-time-strategy game is allegedly in the works.

Gerstmann claimed on a Twitch livestream of his show Video Gaming Done Right Microsoft was working on a secret Minecraft spin-off.

He claimed it’s allegedly an RTS game where you play as a Steve-like character and control your units in a third-person view. Interesting. Minecraft: Age of Blockpires, perhaps?

It sounds promising but bad news if you were expecting it to drop this summer: the game apparently isn’t ready to be released, according to Gerstmann. “There’s a new Minecraft spin-off in the works; Microsoft appears to be testing it out and putting it out under a codename,” he said, adding that he saw “a couple of screenshots of it”.

“It seems like it is a real-time strategy game, an RTS of sorts but the difference is you’re controlling a Steve-esque unit on the field, and ordering your units around in a third-person view. You’re taking on Piglins, they’ll still have a story and cut-scenes and other stuff. The report I saw was that a lot of those kinds of seemed unfinished; the game’s not done, obviously, it hasn’t even been announced yet.”

Microsoft’s Xbox and Bethesda showcase kicks off on Sunday, June 12th at 10AM (PDT). The publisher announced yesterday they’ll also be holding a second showcase at the same time on Tuesday, June 14th. If the game Gerstmann claims is in the works is real, we’ll likely see it at either of those shows.

Microsoft is one of the few major publishers holding an event during this E3 season after the expo was cancelled for a third year in a row. A few games will likely be announced at Geoff Keighley’s Summer Game Fest showcase on June 9th. But only Microsoft, Capcom and Devolver Digital have been confirmed to have their own stream. Stay tuned for all that spicy hot gaming news.