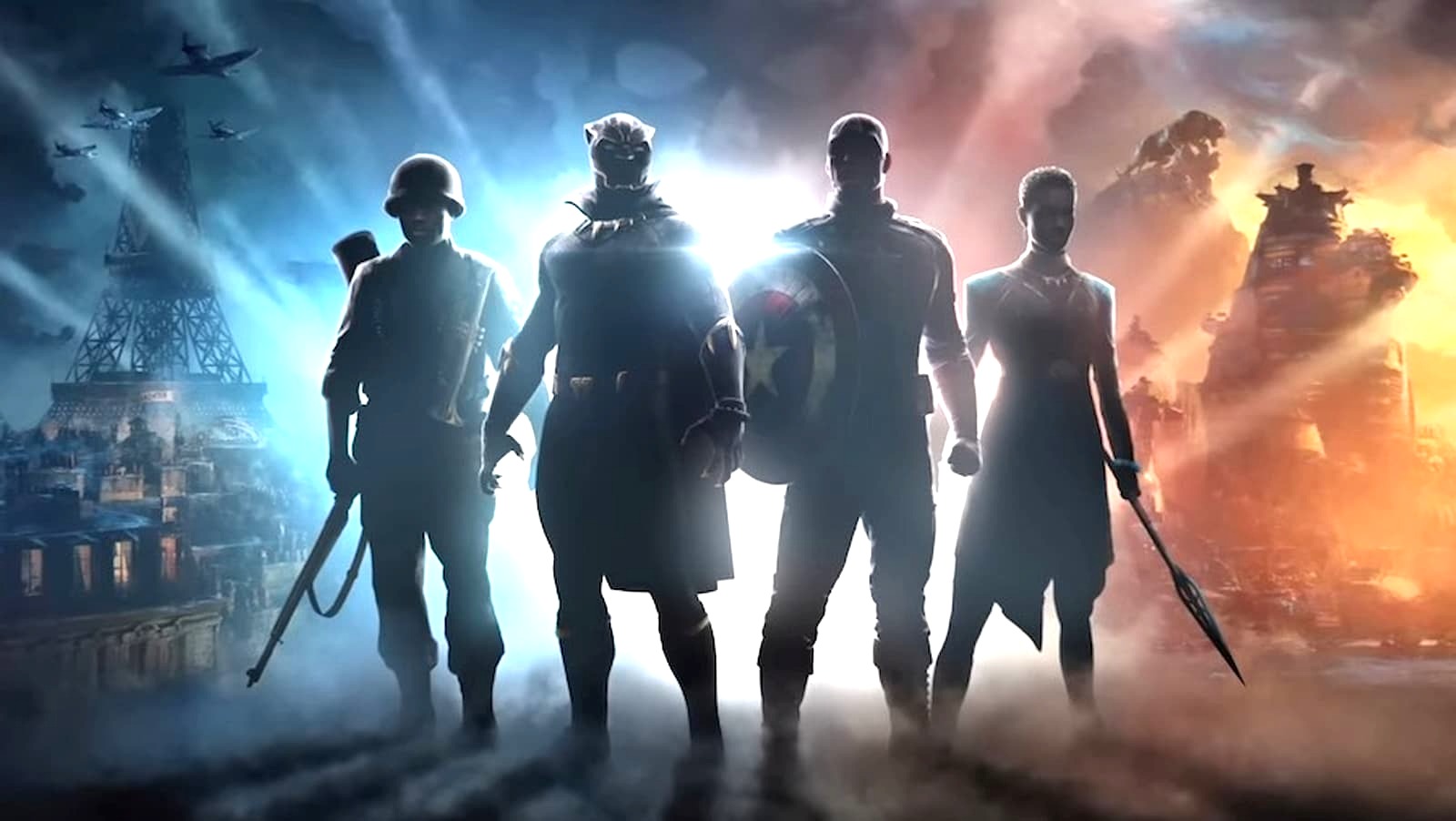 A new Marvel video game has been announced at Disney‘s D23 Expo, one that stars both Black Panther and Captain America.

The game will be helmed by Skydance New Media which is led by Amy Hennig, the award-winning writer, and director, responsible for video games like the first three entries in the Uncharted franchise, Jak 3, and two entries in the Legacy of Kain franchise. The trailer for the game, the title of which as of writing is unknown, was revealed at the Disney and Marvel Games Showcase at the D23 Expo, hosted by Kinda Funny’s Blessing Adeoye Jr.

Not much is known about the video game other than what was shown in the trailer, which you can watch above, with the captions, “King, Captain, Soldier, Spy,” and “Four Heroes. Two Worlds. One War.” In that image, we see Black Panther and Captain America, joined by a World War II-era soldier and one of Wakanda’s Dora Milaje, standing in front of a Hydra-occupied Paris and Wakanda, with the Hydra logo menacingly imposed in the background.

However, Amy Hennig and writer Marc Bernardin did take the stage afterward to explain a little about the game, which will be a narrative-driven adventure. The Marvel game will let you control Steve Rogers as a fledgling Captain America, Azzuri, T’Challa’s grandfather and the World War II era Black Panther, Gabriel Jones, one of the Howling Commandos, and Nanali, the leader of the Wakandan Spy Network. The game will most likely see the four go up against the forces of Hydra and the Red Skull. It’s also likely that Steve Rogers will fight Black Panther at some point as his shield, as shown in the trailer, has claw marks.

As the trailer did not show any gameplay and was only a cinematic, we cannot tell you what the game will look like, but the concept has not been done before in video game form. We have had Captain America games in the past, like the movie tie-in game for Captain America: The First Avenger, Captain America: Super Soldier, but this would be the first time we would get a Black Panther game where he is one of the lead characters.

It would be interesting to see if Captain America and Black Panther’s move sets are anything like their move sets in the live service game by Crystal Dynamics, Marvel’s Avengers, which has had an infamously rocky journey but did release a Wakanda expansion with Black Panther in 2021. The two also have a similar move set in the game, both being brawlers preferring to get up close, even though Captain’s America shield is great for some ranged attacks.

The release date for the game, along with its title, and which platforms it will be coming to are currently unknown. But given that no release date has been announced, we can imagine that the game will not release until at least 2024.