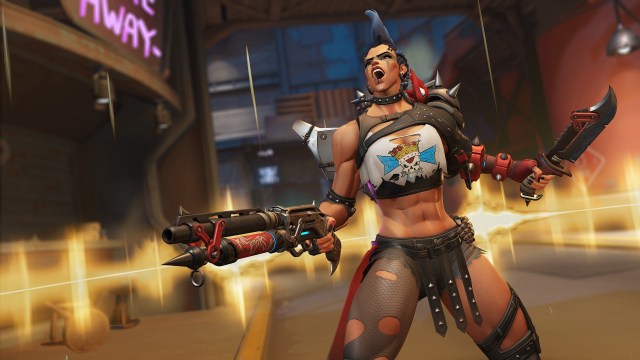 Overwatch 2 is now live. The long-awaited team-based online shooter has launched on almost every platform under the sun and was expected to be instantly popular due to the franchise moving to a free-to-play model. But anyone downloading and installing will likely have been locked out due to an attack on the game’s servers.

The news was confirmed by Blizzard President Mike Ybarra, who said that Overwatch 2 is suffering multiple DDoS attacks, which are designed to overwhelm servers and prevent players from connecting:

It’s unknown who’s responsible for the attacks, but DDoS attacks have become all-too-predictable for major gaming launches, with both individual games and the PlayStation and Xbox online networks frequently targeted by malicious parties.

Those who were hyped to leap back into action in the sequel aren’t happy:

For some the wait feels infinite:

Even household pets have been left miserable:

Some theorize that this might not be a DDoS attack, but simply the servers being unable to cope with the massive amounts of players:

And the game is reporting a colossal 35-hour wait for some:

For seasoned gamers, this kind of situation will be very familiar. Publishers and developers assume that the first day will be the most popular, but there’s no point in budgeting for server capacity for a single day when demand will soon flatten out to a more reasonable level. That either leaves the door open for DDoS attacks to be particularly effective, or simply overwhelms the existing infrastructure naturally.

Whatever the case, we’re sure things will get into a playable state soon enough, though we don’t envy those who’ve been eagerly anticipating this sequel for years.