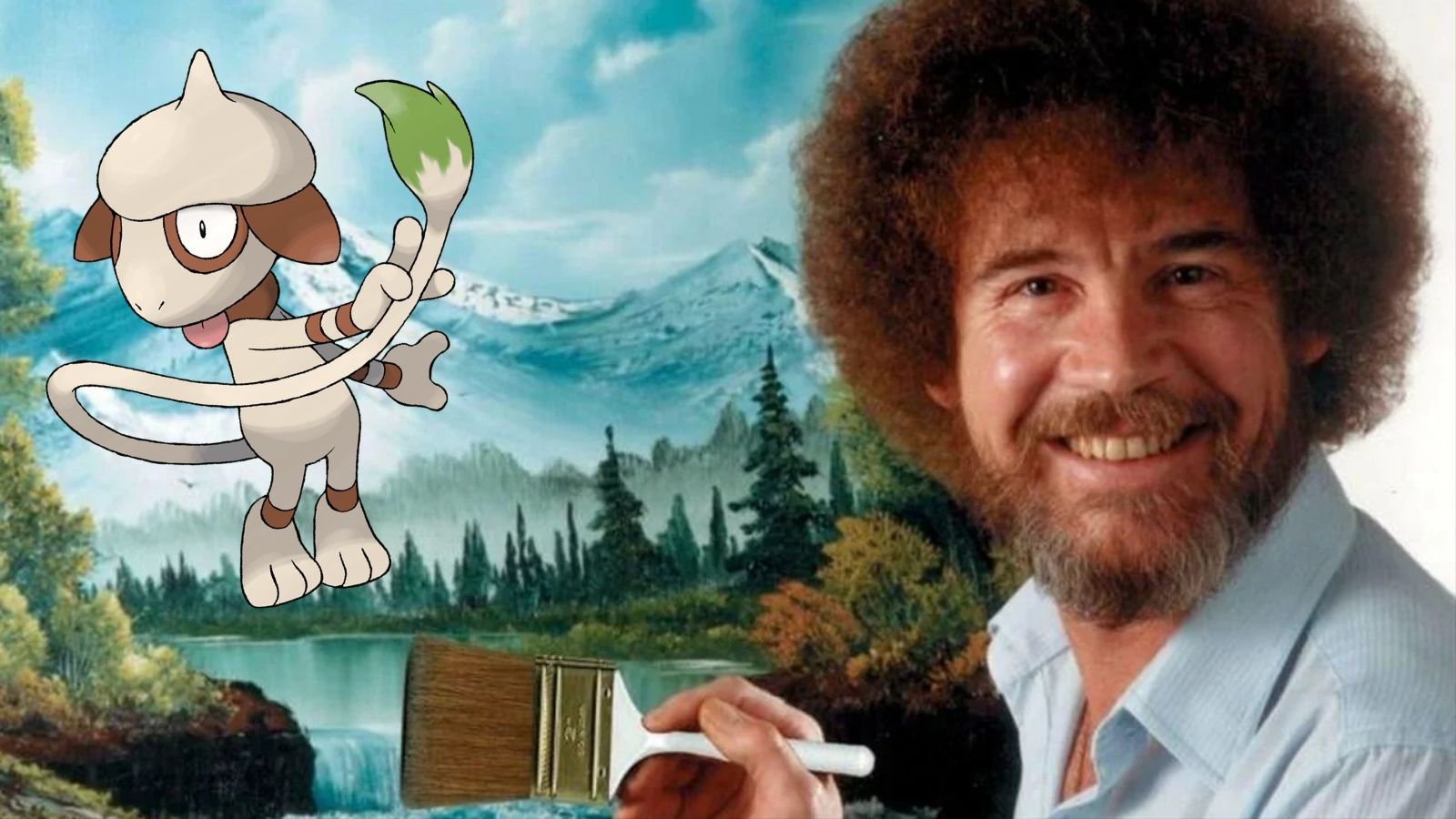 Image via PBS and Pokemon

What comes to mind when you think of Bob Ross? Artistic icon? Wholesome painter? The guy who helped bring joy into art?? But what about a Pokémon master? Well, that’s what Pokéfans are doing as they attempt to reimagine this iconic painter into a powerful Pokémon champion. And yes, you could probably guess who his signature partner would be.

Reddit user u/Traditional-History4 challenged the community on r/Pokémon to create a Pokémon team for Bob Ross if he was a Pokémon champion. OP also managed to set the scene when the trainer is about to encounter Ross. And let’s just say that it’s a wholesome encounter.

And since this is Bob Ross we’re talking about, fans understood the assignment. One fan suggested giving Ross a squirrel-like Pokémon since he’s known to have one. And after the events of an official competition that happened in 2014, one name came to mind.

Others suggested the Bouffalant because of Ross’ signature afro. However, a few pointed out the artist’s love-hate relationship with his iconic hairstyle.

One fan suggested that Ross should be a normal-type champion, which would be a first since most of them have dragons incorporated in their teams. They also suggested that his team should compromise on different animal-based Pokémon. They may look underwhelming, but some of these Pokémon can learn tough moves like ‘Hyper voice’ and ‘Giga Drain’.

And out of the 900+ Pokémon that exist in the franchise, one name appeared amongst the rest. You can probably guess who it is. They’re known for their artistic aesthetic.

Bob Ross was and still is the most wholesome guy that millennials and gen z know and love. His show helped make painting accessible to all, showing viewers that anyone, even someone picking up a brush for the first time, can create something beautiful. So it’s no surprise that fans would see him as a wholesome Pokémon champion.