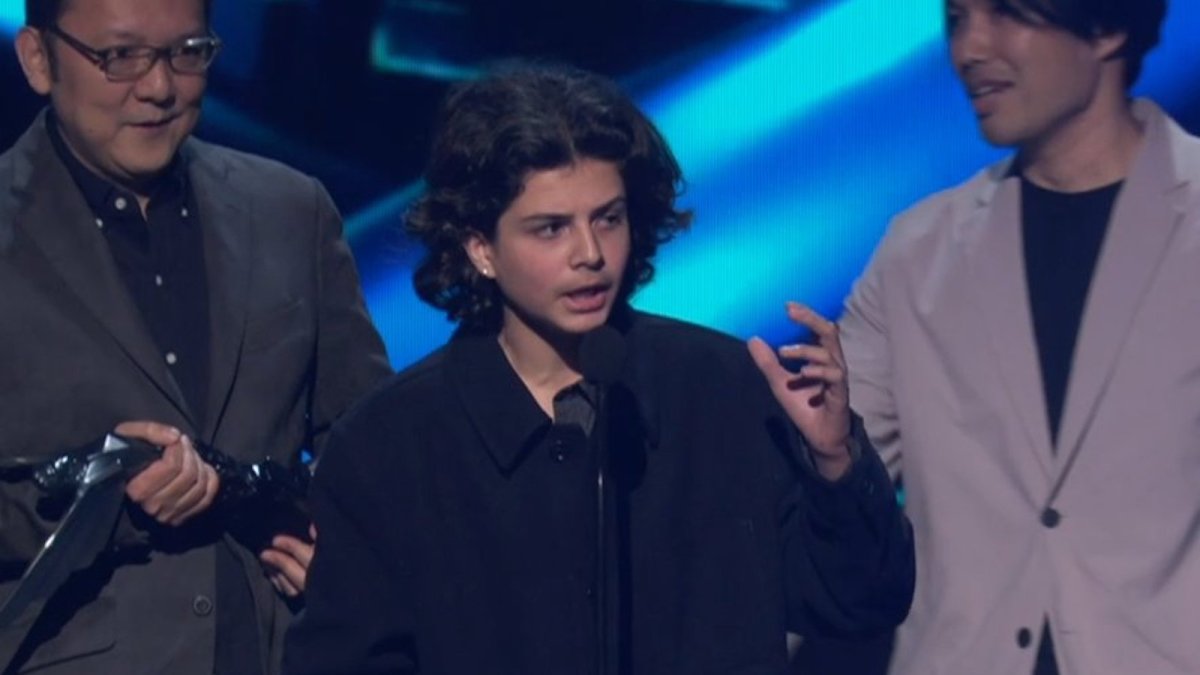 That’s a wrap on this year’s Game Awards, and perhaps you thought the show’s big ‘one last thing’ what that amazing Final Fantasy XVI trailer and release date reveal. Or was it the arguable upset of Elden Ring taking home the coveted Game of the Year Award?

Nope – it was some random kid who patiently waited behind Hidetaka Miyazaki and his team from FromSoftware while they gave their acceptance speech, only to nick the microphone after they wrapped up. The stranger nominated (we think he meant dedicated) Elden Ring’s achievement to his “reformed Orthodox rabbi Bill Clinton.” We’re just as clueless as you are.

Here’s how it went down.

Event host and founder Geoff Keighley quickly took to Twitter in the minutes following the show ending on that absolutely weird climax to share an update saying that the stage crasher has been arrested.

Naturally, Twitter is absolutely kicking off about the bizarre incident, with the professional gamers in the community strapping on their tinfoil hats and declaring Bill Clinton as an upcoming DLC boss in Elden Ring.

To give this random guy some credit, he blended in with the FromSoftware team group relatively well, seemingly flying under the radar of pretty much everyone at the event, including its security.

While the stunt was quite possibly the weirdest thing to happen to The Game Awards since Joel McHale hosted them, it absolutely shouldn’t detract from the tremendous accomplishment of the team behind Elden Ring, which managed to snag the win over the game that many would have presumed to be a shoo-in, God of War Ragnarök.

You can find all of the juiciest, whackiest, and most jaw-dropping 2022 Game Awards moments right here.