Klonoa is stuck in classic-game-port limbo -- not given enough shine to stack up against other remasters, and not quite zesty enough to hold up to modern titles. Still, a helping of nostalgia or appreciation for classic games makes these two otherwise great titles worthy of a playthrough. 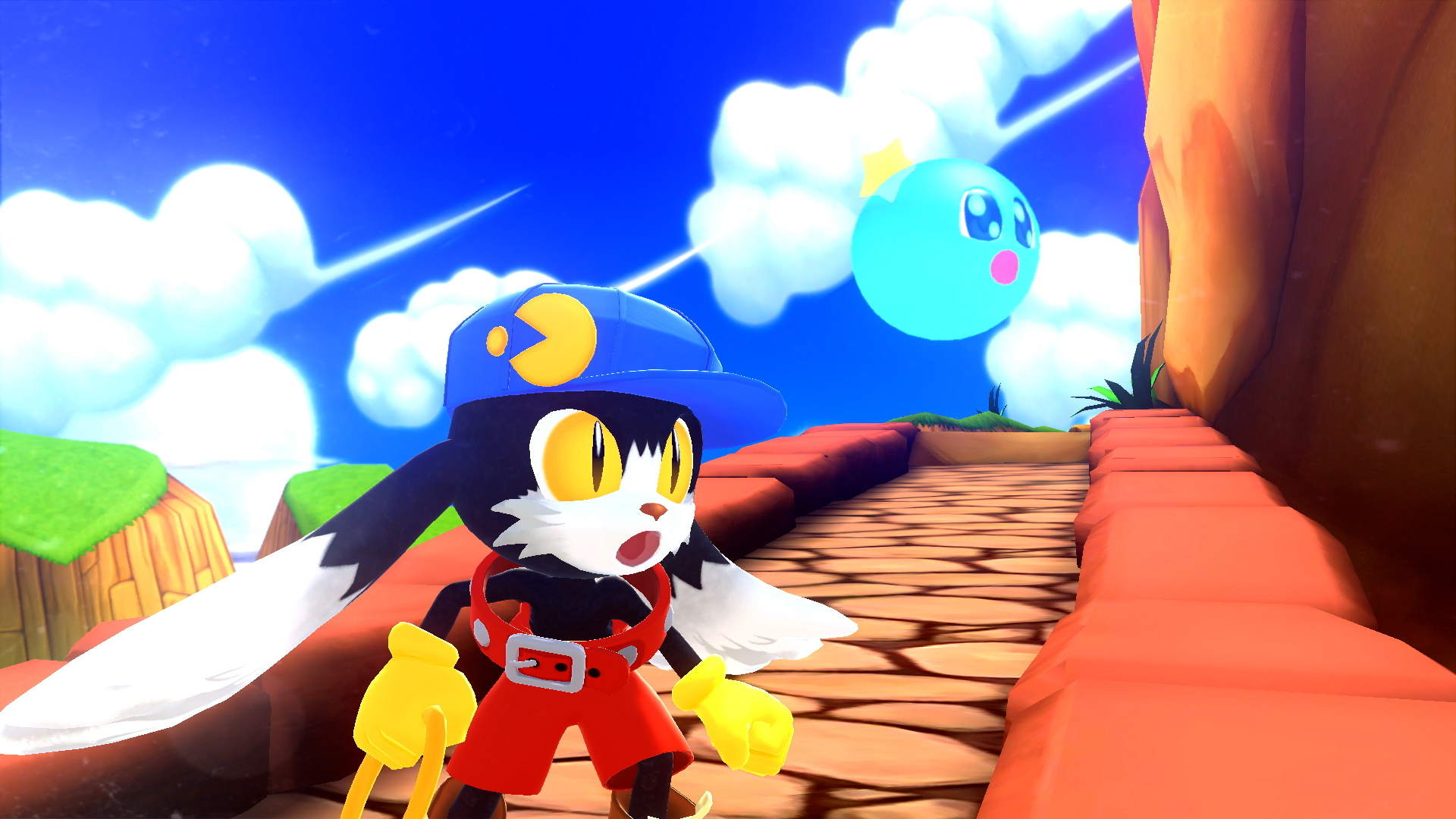 There’s two kinds of people who will be playing Klonoa Phantasy Reverie Series: those with a nuclear-sized helping of nostalgia, and those without. I happen to fall into the former camp, so pardon me if the lens through which I judge these perfect masterpieces is a little muddy.

I’m half kidding, of course, but I do have a serious soft spot for Klonoa 2 in particular. I had nearly forgotten all about it, but I used to play it for hours on end during my childhood. It was one of the first and only games I played to completion all on my own (owing in part to how easy it is). The enemy and level designs have stuck in my brain, influencing my tastes and even my own art. I owe a lot to Klonoa 2, and it was a really magical experience getting to play it again after so long.

The unfortunately titled Klonoa Phantasy Reverie Series is a collection of the two mainline Klonoa games that were released on PlayStation 1 and 2, respectively. I actually wasn’t aware until I looked it up, but the first Klonoa was sprite-based, giving it a very unique look back in its day. These games both met with critical acclaim, and I’m not here to suggest they shouldn’t be held in high regard, just to take a look at this package objectively in a post-Crash Bandicoot and Spyro-remaster world.

The other metric by which ports of classic (read: old) platformers must be judged today is how they stack up against the expectations of newer audiences. With the likes of Mario Odyssey, A Hat In Time, and Crash Bandicoot 4 in the mix, the indie, AA, and AAA spaces are pretty well-stocked with quality platformers.

It might be unfair to expect the same high-quality treatment of other mascot-platformer remasters from Klonoa Phantasy Reverie Series, but I can’t help but think that if a little more elbow grease were applied Bandai Namco could have a bit of a revival on their hands. Instead, we get a pretty, if unremarkable, touched-up version of Klonoa 2, and Klonoa done in much the same style. They look, at best, like HD PlayStation 3 games. And it’s… fine. They look fine.

Animations are predictably dated, as the only things that have really been touched up are the textures and models. Oddly enough, because the first game’s models presumably had to be animated from scratch, it features more modern-looking cutscenes than the second game. It’s a little jarring, and as someone who was so looking forward to seeing a touched-up version of a childhood favorite, the cutscenes could’ve used a bit more than a fresh coat of paint.

As to how the Klonoa games play, the controls are tight and the side-scrolling action is precise and fun, if a bit sluggish by today’s standards. The main gimmick is the ability to pick up enemies and use them for traversal and combat — something that is explored more thoroughly in the sequel.

Boss fights and exploration make use of the enemy-tossing mechanic pretty creatively by exploring space to the fore and background of the player. Carefully lining up shots to collect items hiding in the scenery or striking the weak point of an armored dragon just feels better when it’s done outside the confines of 2D space. It’s a basic mechanic stretched well to its limit by the end of the journey.

I was amazed, having not played the first game, at Klonoa’s use of 3D space despite being a side-scroller. The way the game’s traversable “tracks” loop back and forth on each other and allow for alternate paths was impressive even today. It also meant levels felt a little more natural and lush than typical left-to-right affairs. Add to this the stunning amount of visual background noise each game features and these landscapes really come to life.

The real charm of Klonoa, to me, is its atmosphere and design. The enemies all look so uncanny and unique, almost as if someone designed a mascot platformer after having the basics described to them poorly. Everything is just… weird, in a very charming sort of way. The music is fantastic, and the overall theme and story are still able to squeeze a few tears out of me. Characters are simplistic, but the worlds they inhabit are remarkable. From war-torn European-style streets to a massive amusement park, the sequel in particular conjures fanciful imagery in heaps.

The weirdness of the world translates somewhat uncomfortably to the cutscenes. Not only is the original audio untouched, leading to some hilariously crunchy PS1-era voices overlaid on otherwise HD cutscenes, but the pacing is all out of whack. Text boxes and animations will linger for an awkward amount of time, meaning I constantly had my finger on the merciful fast-forward button. Second-hand embarrassment washed over me almost every time a character opened their mouth. They speak in a fictional language of what sounds like Japanese blended with French but ultimately comes across as grunting and shrieking.

Stilted cutscenes aside, the games play quite well even today, but I’d have a hard time recommending them to anyone without a penchant for platformers of the era or nostalgia for either title. They’re a lot of fun and not too shabby to look at, but there are just so many more modern offerings that are going to scratch the same itch. Even with my nostalgia for the second game, its low difficulty and the plodding pace of the narrative had me glazing over a little from time to time. Klonoa: Phantasy Reverie Series isn’t quite the love letter these titles deserved, but at least there’s something here to remind us of one of Namco’s forgotten mascots.

This review is based on the PlayStation 5 version of the game. A code was provided for review by Bandai Namco.

Klonoa is stuck in classic-game-port limbo -- not given enough shine to stack up against other remasters, and not quite zesty enough to hold up to modern titles. Still, a helping of nostalgia or appreciation for classic games makes these two otherwise great titles worthy of a playthrough.