Pac-Man World Re-Pac succeeds in bringing the original to a new audience with a few extra bells and whistles, however, it fails to compete against modern 3D platformers. 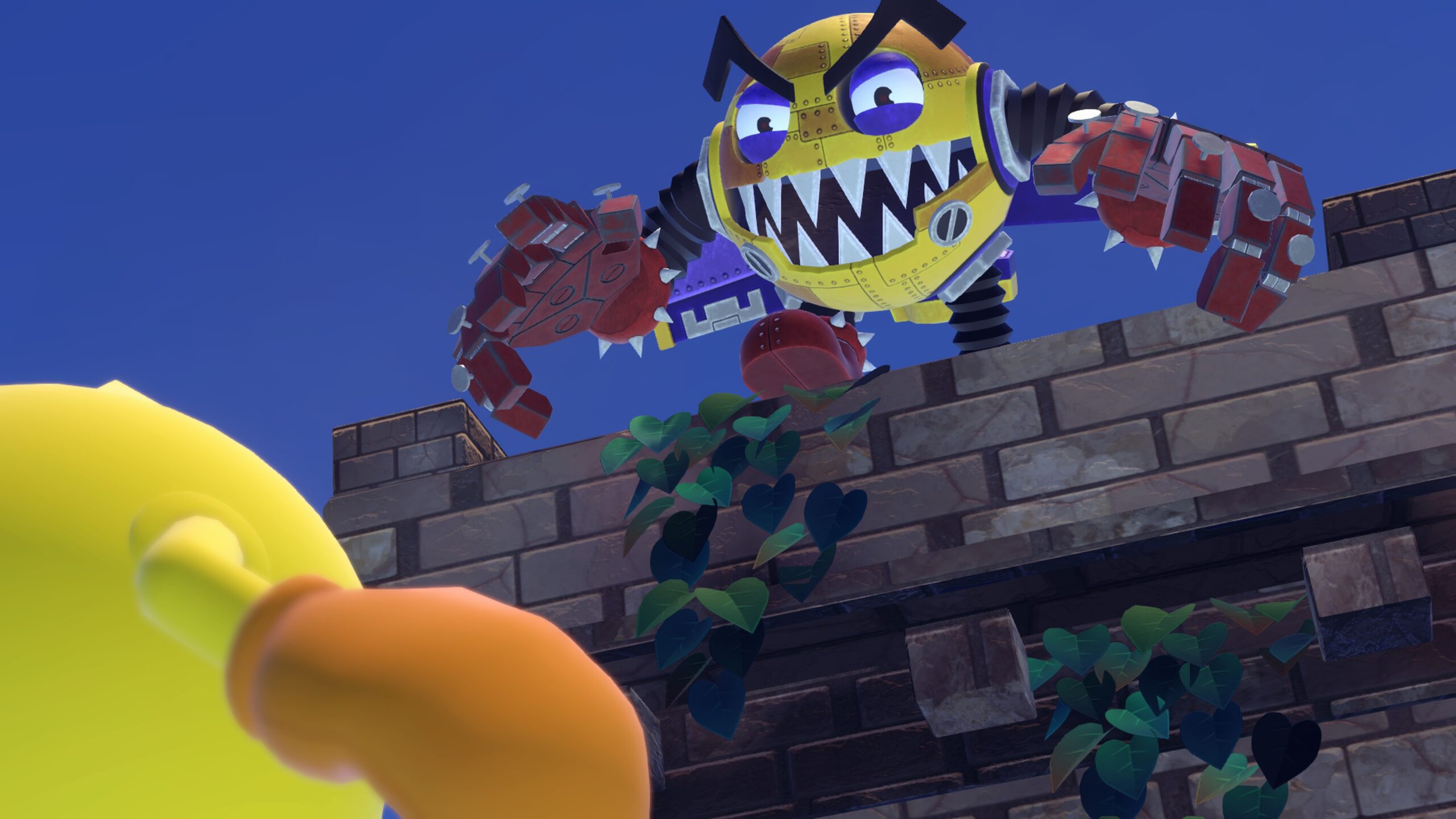 It’s 2022, and yet, gamers are playing Pac-Man World. No, you weren’t sent back to the late ‘90s in a time machine — Bandai Namco unearthed a time capsule with the launch of Pac-Man World Re-Pac.

The iconic video game character is back with some 3D platforming action, and for many gamers, this could be the first time seeing him in this form. While Pac-Man is typically remembered thanks to the hit arcade game, the iconic pellet gobbler has had his fair share of spin-offs, with the most popular being Pac-Man World.

While longtime fans will find lots to enjoy, it still has its fair share of issues that hold it back from competing against modern 3D platforms. But first, let’s dive into some of what is new.

Pac-Man World Re-Pac does exactly what many fans are expecting and hoping for when a remake is announced — sticking to the formula that made the original great. This remake doesn’t break any new ground for the series, instead opting to polish things up for its second outing.

Outside of the obvious improvements — the most noticeable being the exceptional 4K visual upgrades — there have been some changes to gameplay, but they all intend to make things better. The biggest changes come during boss fights. In some of these fights, players will notice that the entire arena has been reworked so that things flow and function properly.

Returning players will also notice that the re-release now boasts some fun cutscenes that introduce boss fights and other portions of the game, which compliment the scenes from the original. Fortunately, the god-awful ’90s voice acting has been replaced with gibberish, which in this case is a huge upgrade.

Pac-Man World Re-Pac is chock-full of ‘90s 3D platforming action, and while it’s been upgraded to look like a modern game, some of the issues for games of this era are still present.

One of the more egregious issues came from the game’s 3D perspective, which can make some of the jumping puzzles extremely frustrating. Thankfully, it’s less of an issue now since Pac-Man has the ability to hover for a short amount of time.

As far as platformers go, Pac-Man World was one of the best of its time, and even in the remake, you can still feel just how well thought out each level is. While the majority of the game unfolds across 3D environments, the addition of mazes will give longtime fans a taste of classic arcade-style Pac-Man action.

While traversing, Pac-Man has three main attacks at his disposal. One is a jump slam, which will likely become the main form of offense. The next is a running attack which can work to take out foes and traverse steep hills and ramps. And the final attack is a Pac-Dot toss which can be helpful, but quickly becomes a second thought.

With a limited number of offensive attacks, there isn’t a ton of gameplay variety, and as you progress towards the end of the game, all of the puzzles in each level become predictable and straightforward.

On the other hand, some of the game’s best moments come from its boss battles, which see Pac-Man facing off against a variety of giant foes, requiring the player to think on the go and solve combat puzzles. One of my personal favorites is the Clown Prix, where the game takes the form of a kart racer for a short time.

In the remake, Clown Prix has been tweaked to give players a first-person perspective instead of its classic top-down look. It’s a noticeable gameplay change, but one that pays homage to the original while also making the experience more modern and sleek. Sadly, there isn’t a ton of content in Re-Pac that follows this trend.

There are only 23 unique levels in the game, and if you gun straight through the story without hunting for collectibles, you’ll be finished within five hours. For those who want to discover everything the game has to offer, you can probably squeeze out a few additional hours at best.

At the end of the day, if you’re looking for a hit of nostalgia, then Re-Pac is a must-buy. It’s an excellent remaster of the original, but sadly this doesn’t make it great. Taking a game from the late ‘90s and bringing it forward into 2022 as a new product already places Pac-Man World Re-Pac at a disadvantage over its competitors. With so many great platformers on the market that boast more content and deeper gameplay, it’s hard to recommend Pac-Man World Re-Pac to genre newcomers.

Younger gamers, those looking for nostalgia, or just massive Pac-Man fans will get a day of enjoyment out of this one, but for everyone else, it’s a little bit of a tougher sell.

This review is based on the Xbox Series X|S version of Pac-Man World Re-PAC. A copy was provided to us by Bandai Namco.

Pac-Man World Re-Pac succeeds in bringing the original to a new audience with a few extra bells and whistles, however, it fails to compete against modern 3D platformers.