Soul Hackers 2 is a step forward for the series, one that respects your time and commitment to the JRPG genre. With streamlined gameplay, a visually impressive futuristic Tokyo, and a groovy soundtrack, this is a must for any Atlus fan. 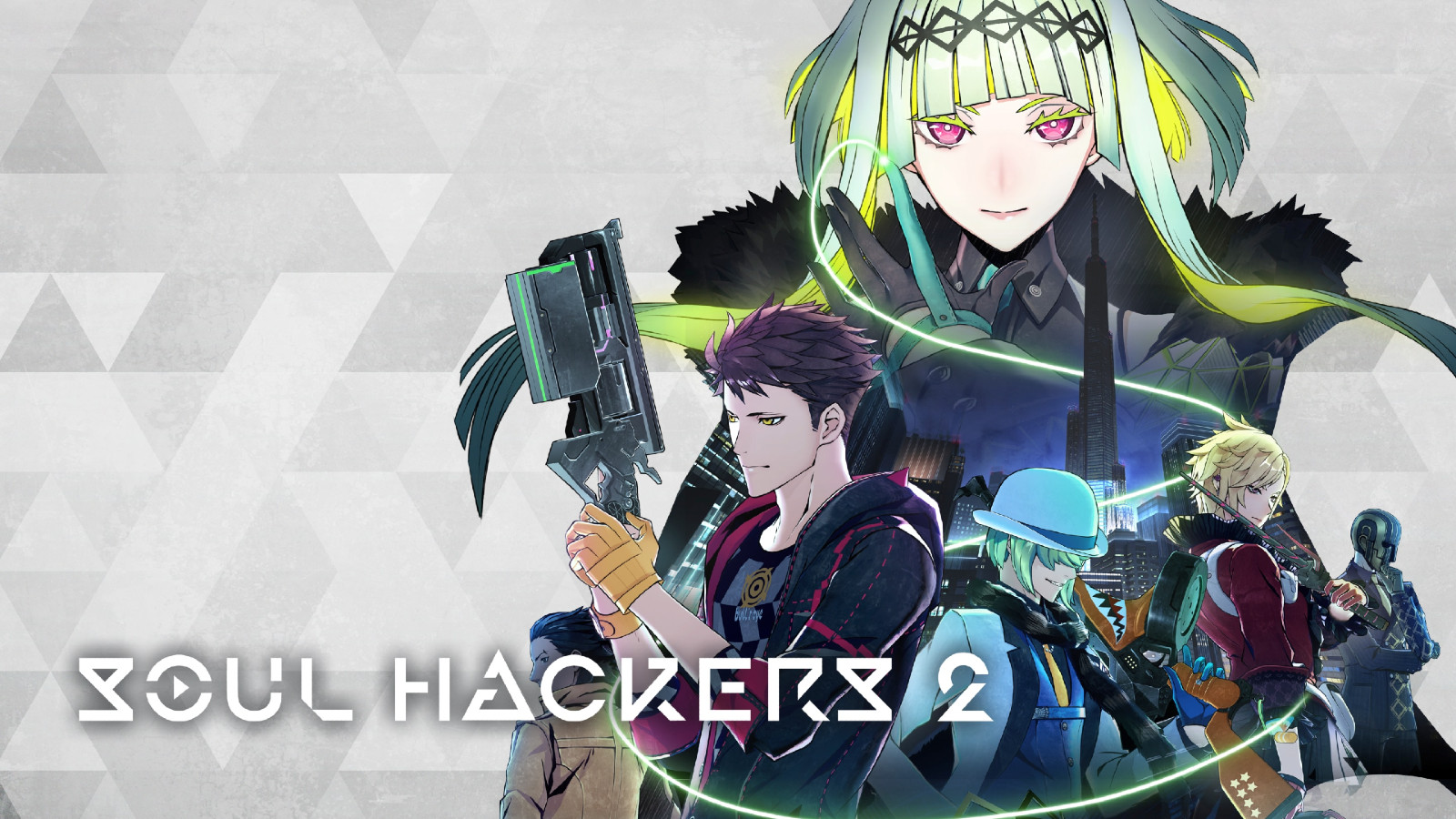 The legacy of the Shin Megami Tensei series is one steeped in history, dating all the way back to 1987. Since then, the franchise has evolved tremendously and even split off in various directions, one of which is the Soul Hackers/Devil Summoners series.

I feel that I need to preface that I have not played the first Soul Hackers game — or any of the Devil Summoners titles for that matter — but I do have a fair few Persona and Shin Megami Tensei titles under my belt. That being said, I came into this review ready to dislike it. I had heard some whispers online that Soul Hackers 2 was not that great, and was understandably hesitant and apprehensive to sink enough hours into the game to review it. However, what I discovered is that Soul Hackers 2 has more going on under the surface than one might expect.

Set in an alternative and more technologically advanced 21st century, Soul Hackers 2 centers around two rival Devil Summoner groups who are mixed up in a plot that will bring about the end of the world. To prevent this, the internet itself — a sentience data stream of all digital information — births two AI humanoids to prevent the disaster. Players take control of Ringo, an android deployed to seek out those who are involved with the coming calamity.

The story focuses on collecting and preventing a strange phenomenon called ‘Covenant,’ which according to the game is the manifestation of the contract forged between mankind and the ‘Great One’ when it fell to Earth. There are five Covenants in total and if one were to possess them all, the Great One would appear to them. Those who hold these Covenants of them bear great talents or abilities, so much so that they can shape the course of history itself. More about this phenomenon is uncovered as the game goes on, but essentially players are seeking out the Covenant bearers in order to prevent the evil shadow organization from finding them first.

Atlus has been making (more or less) the same game for a few decades now and is using each new title to experiment with the formula. Soul Hackers 2 heavily features Atlus’s ‘Press Turn’ system from the Shin Megami Tensei series and includes all the usual gameplay elements that go along with it. However, there are a few twists and tweaks that streamline the experience into a JRPG that is actually respectful of your time.

Characters fight using the abilities of the demons they’ve made a contract with, allowing players to swap out attacks between characters for a deeper level of customization. This can be a blessing and a curse during boss battles if the boss’ elemental weakness has not been equipped ahead of time. Generally, the gameplay is centered around successfully exploiting these weaknesses, the entire flow of the combat relies on building up supereffective attacks and unleashing a combination attack at the end of your turn — a mechanic not too different from the All Out Attack in Persona 5. Here, it is called ‘Sabbath’.

The ability to pull off a combo attack every single turn is genuinely a good superpower to have at your disposal. While die-hard fans of the franchise have reportedly not been happy with the combat in this installment, I for one welcome not only welcome the ability to feel powerful but to also disperse battles with swift justice. The new additions — such as the ‘Assist’ option — also help to give Soul Hackers 2 a different feel to it as well, something which is important for a game so hammered into a formulaic genre and franchise.

The levels are labyrinthian-like dungeons littered with both good and bad demons. Instead of treasure chests, your own demons appear in the zone and reward you with either an item, money, a mana/health restore, a quest item, or even introduce you to a new demon that is willing to join you. It’s a cute exchange that will have you hesitate the next time you smash together two of your demons to form a new, more powerful one.

In terms of similarity, the one Atlus game that came immediately came to mind was the Fire Emblem crossover, Tokyo Mirage Sessions ♯FE — which is easily one of the best titles on the Wii U. The bright coloring, Tokyo setting, and cast of interesting characters are all reminiscent of TMS#FE. Perhaps if Atlus fans are willing to give it another go, SH2 may find itself remembered as one of the better JRPG titles on the PS5 and Xbox Series X|S.

The colorful and sharp visual aesthetic is refreshing, especially when compared to the majority of fantasy JRPGs. Here, the emphasis is on neon lights and cyberpunk sharp edges. Saving the world may seem like a cliche, but it’s played out in dark alleyways and brightly lit night scenes that break from the mold of the standard JRPG experience.

Soul Hacker 2‘s characters are nothing special, with party members made up of the standard breakfast club formula. You’ve got the rebellious delinquent (Arrow), the spunky female outcast (Milady), the eccentric detective (Saizo), the stoic girl (Figue), and of course the mascot character (Miki). It’s almost illegal for an Atlus game to not feature at least one cute character that fits the role of comic relief/animal companion these days.

However, Souls Hackers 2 does give each character a little more depth by delving into their memories from before they were killed and working through their issues together. Each soul is simulated by a dungeon, where the party can help defeat their inner demons and earn new character-specific traits and abilities. As the main story progresses, further recesses of these mind dungeons are unlocked, allowing players to progress further with their party member’s side stories. It’s unclear how important completing these dungeons is to the main plot, but having the extra firepower and passive bonuses is extremely useful in the long run.

Initially, I was quite cynical about the game — after all, once you’ve played one Atlus JRPG, you’ve played them all — but I found myself enjoying the experience as a whole, which can largely be attributed to the quality of life improvements that the developers have added to the series over the years. While it still falls into some of the pitfalls of the JRPG genre — needless fetch quests, a long list of locations with minimal interactions, and a plethora of loading screens — these can mostly be forgiven.

If you really do love the Altus experience, then sure, pick up a copy of Soul Hackers 2. If you are tired of the formula, this one is a refreshing change of pace for the series. It stands out on its own amongst the recent Shin Megami Tensei releases, carving a name for itself as a pretty great JRPG title on the current generation of consoles.

This review is based on the PlayStation 5 version of the game. A copy was provided to us by Atlus.

Soul Hackers 2 is a step forward for the series, one that respects your time and commitment to the JRPG genre. With streamlined gameplay, a visually impressive futuristic Tokyo, and a groovy soundtrack, this is a must for any Atlus fan.