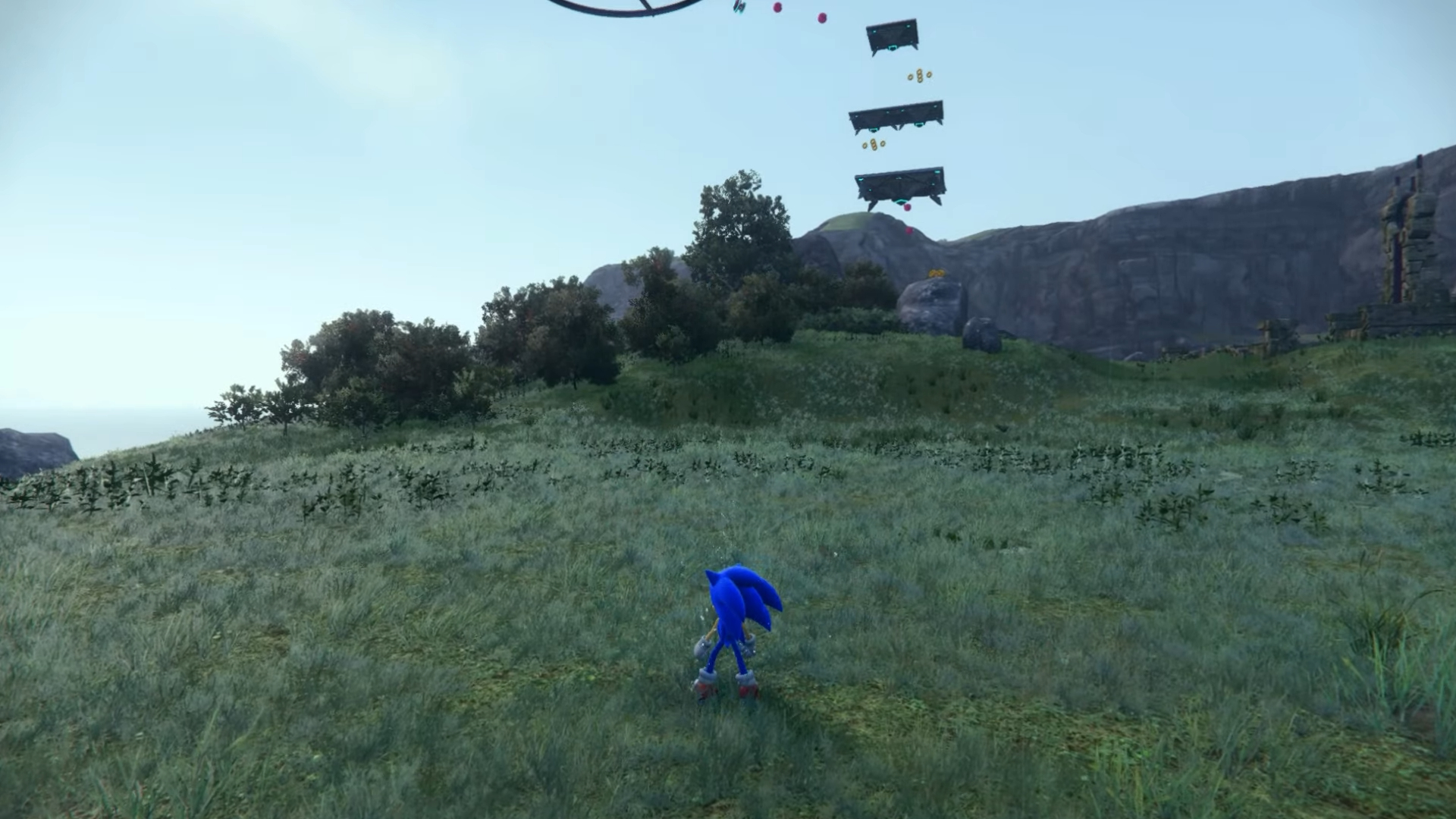 New gameplay footage has surfaced for the forthcoming Sonic Frontiers and it appears to finally be on the verge of winning Sega fans over after previously released installments of previews and gameplay footage got mixed-to-underwhelming responses.

A couple of different outlets reported on their hands-on experience of the game Monday, including GameInformer and Kinda Funny Games. Below is GameInformer’s upload of the new footage, which according to the publication is “b-roll” sent to them by Sega. Though the video wasn’t gameplay footage GameInformer captured themselves, they nevertheless gave a “cautiously optimistic” impression of the game based on their hands-on 30-minutes of playing the “open zone” Sonic game.

Blessing Adeoye Jr., a Kinda Funny Games producer, also uploaded a post on Twitter giving his impression of the game. In part, he said he “really enjoyed the open exploration and platforming” based on his 30-minute experience.

Adeoye Jr. said the game fared much better than he would’ve thought, based on previous trailers, and he even got a first-look at the game’s skill tree.

Fans were much more kind about their thoughts on the new footage than they were on previously released clips, which had largely been issued via IGN.

“This is definitely better than what IGN showed us earlier this month,” one user wrote.

Another reviewer, Ian Boudreau from PCGamesN, proclaimed “the open world did not feel empty, especially with the fast control scheme selected.”

But hang on, not all the hands-on previews were outright positive. One outlet, called fanbyte, said the experience “could be better.”

In terms of all the backlash the game has received so far, Sonic Team studio head Takashi lizuka has reportedly responded to this, in part saying Sonic Frontiers would not be delayed as a result, according to VGC. He added that he wasn’t surprised by the mixed reactions to the previews, but that much of it comes from people who “don’t understand” the new gameplay format. In addition, he said the game has tested fairly well so far.