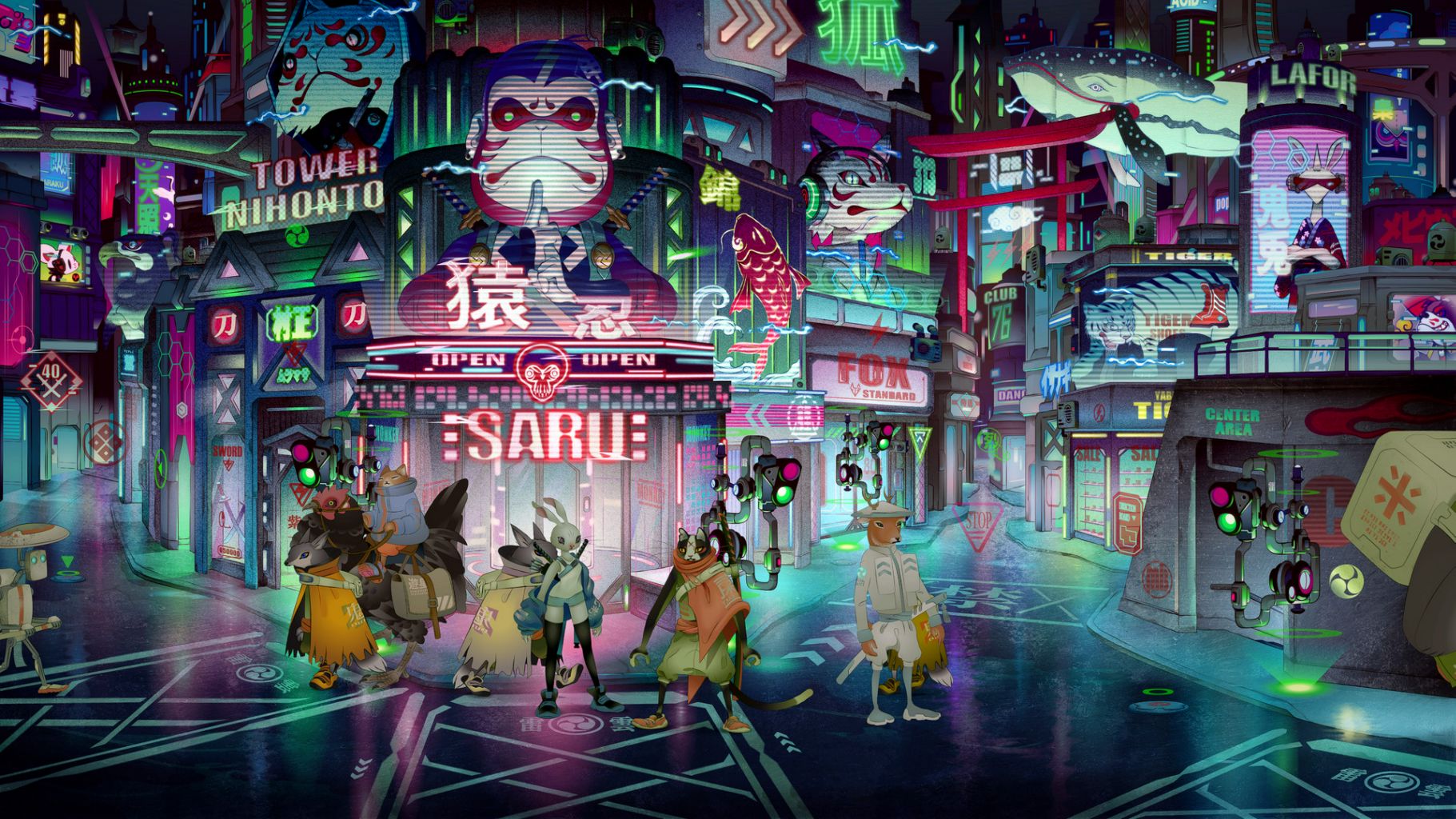 Shueisha Games revealed the titles of its projects in development as well as key art, though most were previously announced as part of Shueisha’s Game Creators Camp. Captain Velvet Meteor: The Jump+ Dimension will launch on the Nintendo Switch this summer. The tactical action game from director Rinaldo Wirz follows Damien, a young boy who assumes the persona of a shonen manga hero after moving to Japan from France.

The tentatively titled ONI is a 3D action game based on the popular hero from Japanese folklore, Momotarō. The game is being directed by Kenei Hayama and is in development at his studio, Kenei Design. The game received a trailer last year.

The survival roguelike The Tower of Children will also release this summer on unannounced platforms, while the single-player anthropomorphic cyberpunk adventure game Ukiyo is planned to release late this year or early next year.

The new company also teased that a mobile game is in development that will feature iconic Weekly Shōnen Jump characters and hinted at further projects in development.

Shueisha Games will provide additional support to the parent companies Game Creators Camp, which it said has over 4,000 members. Shueisha says that it will benefit from its knowledge of and experience in manga publishing.