It’s no question that Nintendo’s Super Smash Bros. franchise is one of the most popular for the video game industry veterans. The mere thought of being able to bring Nintendo’s greatest mascots together to finally answer who could beat who brings chills to the spines of gamers, both hardcore and casual.

But what if Sony wanted to cash in on the crossover craze?

Ladies and gentlemen, I present to you:

The first, and arguably biggest thing for a fighting game like this is characters. Does Sony have enough exclusive characters throughout there entire three-console-generation history in order to warrant the full game? For reference, Super Smash Bros. Brawl had 35 playable characters.

A quick internet search reveals that they have more than enough games to draw off of. Here’s a speculative list for characters from the mentioned list of games that could work:

That’s roughly 33 characters right there. But of course, there have to be boss characters. Potential bosses would look like this:

And what would a fighting game be without guest characters? Afterall, Kratos has appeared in Soul Calibur for the PSP, and Mortal Kombat on the PS3, while Cole MacGrath is scheduled to show up in Street Fighter X Tekken. So here’s a few third-party characters that would make the most sense:

Of course, those guests are completely relying on the fact that all of the publishers allow Sony to use their characters again, but all of these companies would willingly open up (except maybe Square) for the right price. If nothing else, this would be the one game that Sony should pull out all the stops to secure everything is perfect. Afterall, it’s already been proven that just because a game is a crossover it isn’t pure gold right away. Remember this one? 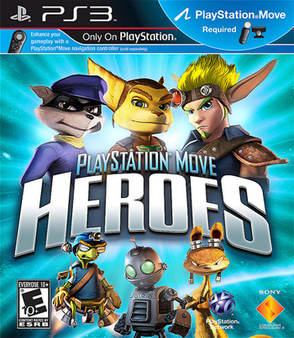 From here, the only question is what kind of fighting game it would be. The kind that instantly comes to mind would be a “free moving” one like Super Smash Bros., but one could almost think that it might be a better choice to do a traditional side-by-side style fighting game like Street Fighter or Mortal Kombat.

The game would almost certainly be rated M for Mature, simply because many of the characters would be from M-rated games themselves. Sony could always add the infamous “less intense mode” to lessen any sort of violence down to a T-rating.

What say you gamers? Does anyone have any other ideas to add? Maybe a character that was missed? Are you listening, Sony?