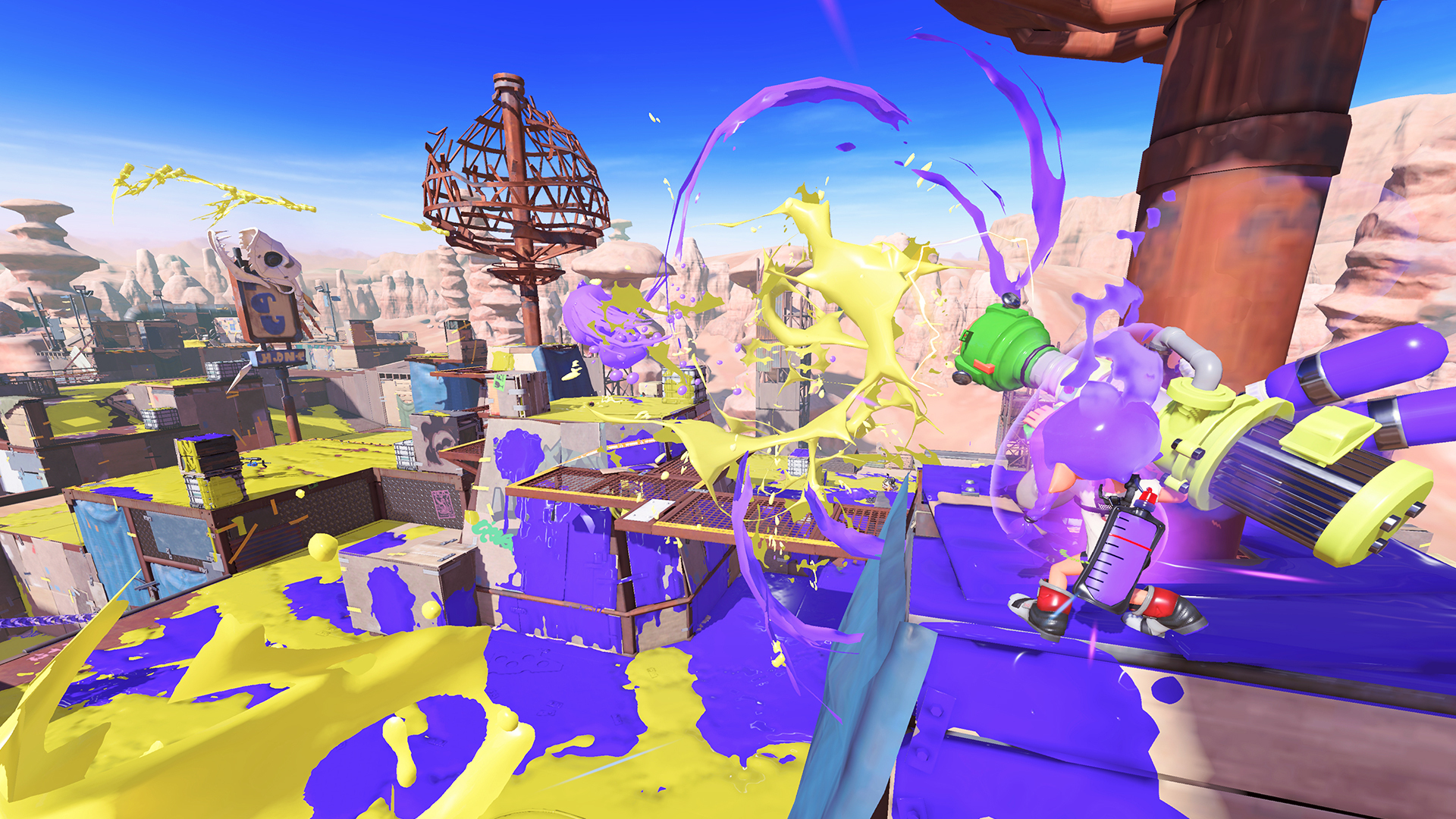 Nintendo announced this morning that the much anticipated new entry in its flagship ink-based shooter, Splatoon 3, will launch on Sept. 9, 2022, on the Nintendo Switch.

Along with the release date reveal, Nintendo shared footage of a match in the new game. The footage features new weapons like the stringer and abilities like a tiny spider tank in the classic Turf War mode, in which teams of squids (and octopi) face off to cover the arena in the most ink.

The match takes place on the new map Eeltail Alley, and play emphasizes the verticality afforded by the level design and new rappelling hook-like ability.

The Splatoon Twitter account also shared a close-up look at a new bow weapon, the stringer, which features vertical and horizontal firing modes.

First announced early last year, Splatoon 3 will succeed 2017’s successful sequel to the Wii U exclusive Splatoon. As one of Nintendo’s newest IPs, the series has grown popular for its online play, competitive scene, and approachable, fashion-forward gameplay.

Nintendo of America also announced that Splatoon 2’s Octo Expansion DLC pack would now be included in Nintendo Switch Online’s premium Expansion Pack, enticing players to revisit the game that stopped receiving updates in 2019 ahead of development on its follow up.

Nintendo confirmed earlier this year that Splatoon 3 would also see the return of the beloved Salmon Run survival mode, with some updates.

Pre-orders for Splatoon 3 are now open on the Switch’s eShop and via retailers.