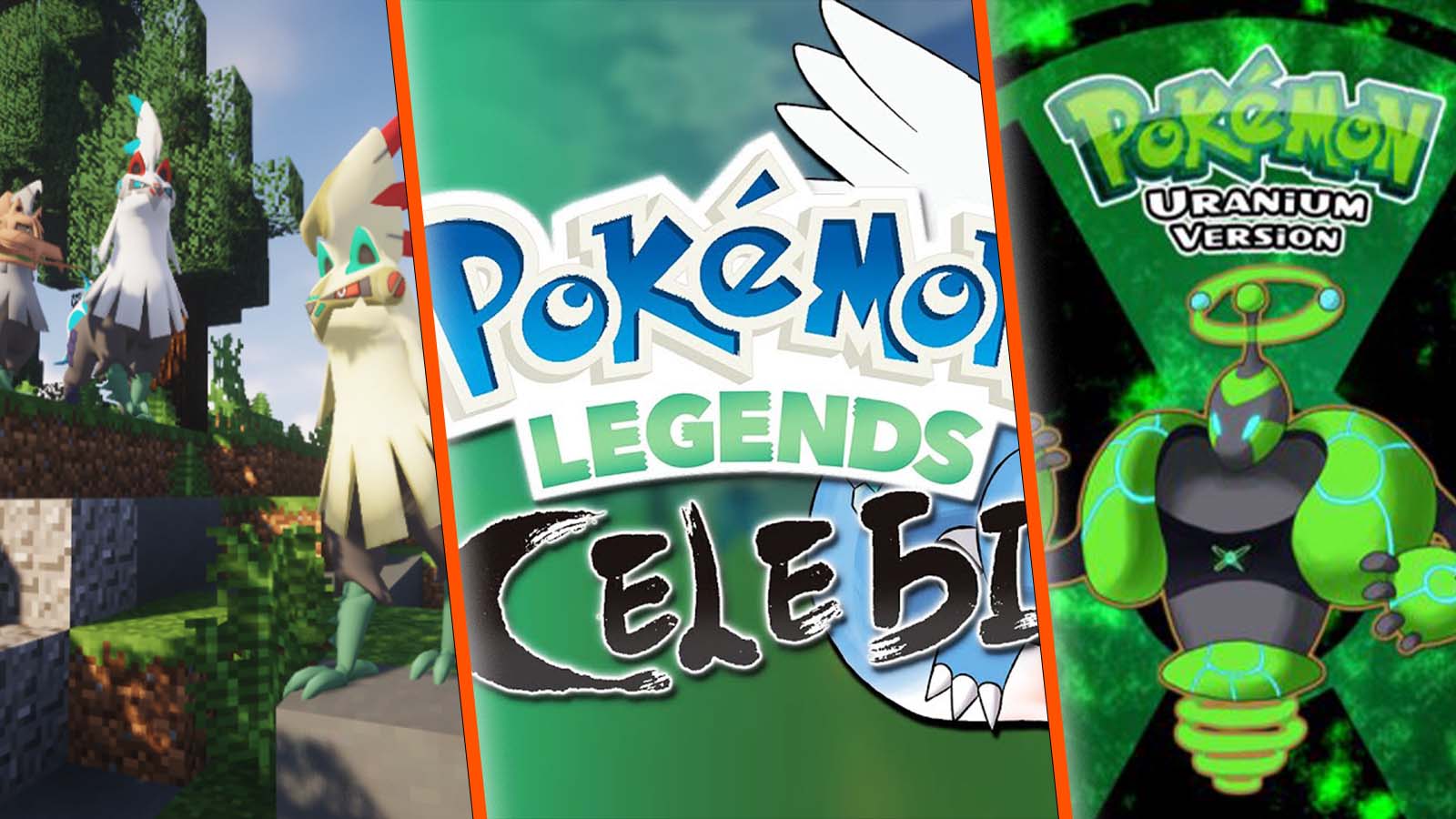 Pokèmon has become one of the biggest video game franchises out there, with a plethora of main and side games for both console and mobile players. But one of the biggest complaints that players have with Pokèmon is that they’re all either repetitive or that there is no challenge for advanced players. Veteran trainers want something new with a challenge to keep them motivated.

Pokèmon first came out in 1996 in Japan and it was later sold overseas in 1998. Pokémon has released more than 30 titles, with the latest being Pokémon Legends: Arceus for the Nintendo Switch. And while there are a few games that were officially released that broke the mold like Pokèmon Sun and Moon, trainers want something that will gives them more of a challenge.

Okay, so this isn’t a fan game that you can play (for now) but the idea spawned a few days after the release of Pokémon Legends: Arceus. Like the Nintendo Switch game, Pokémon Legends: Celebi takes place after the events of the burning tower in Ecruteak City. The trainer teams up with Celebi as they’re taken to the past to stop an upcoming war. Based on the fan trailer, the game follows the mechanics and aesthetics from the original but with its own unique twist. Whether this becomes an actual game or not is up in the air but who wouldn’t want a good sequel?

We all know the meme that Australia is a dangerous place filled with poisonous spiders, snakes, and sharks. But what if they’re all Pokémon? Pokémon Spectrum brings players to the Kroma region, inspired by Australia. The game has three gyms and 100 new Pokémon to collect. The game is still a work in progress as more features get added in future updates.

Feeling a little too old for Pokémon? Well, what if the game had a mature plot? Pokémon Apex features a new narrative for an adult audience. You play as a high school student, living your day-to-day life until you’re led to the world of Pokémon. The game is currently in alpha and has removed the gym and badge system.

Pokémon Godra changed the format a bit, allowing you to take on career paths. You can try out as many jobs as you want like professor, nurse, military, miners, etc, until you have to choose only one. Whatever job you chose will determine which legendary encounter you might meet so the choice is up to you.

Pokémon Infinity starts similarly to the Pokémon Mystery Dungeon games. You wake up with no recollection of who you are. You embark on this journey in hopes to pick up the pieces of your missing memories. The level cap has increased to 150 and extensive post-game content has been added to help keep you busy.

Pixelmon is a mod that brings aspects of Pokémon to Minecraft. So aside from the usual mining and crafting, Minecrafters can train, catch, trade, and breed their Pokèmon. While there are items available to be purchased, there are also a few that can be crafted on the crafting table.

If I can quickly summarize what this fan game is about, it’s Pokémon meets Naruto. Pokémon Bushido is a fan game where you play as a child of the Royal Samurai. The game has influences from both the mainline Pokémon games to imperial Japan where you visit different clans and protect their villages.

Pokémon Prism is a ROM hack fan game that takes you to the Naljo region. Your character is the child of Lance, the Pokémon Champion in the Johto region. Teaming up with Lavitar, your task is to collect all 20 gym badges (yes, 20) across multiple regions and fix a corrupted world.

Was Pokémon Yellow not living up to the fantasy of being a Pokémon trainer in the anime? Well, not to worry since there is a fan game that exists. Pokémon Fire Ash is solely based on the anime, following Ash’s journey from Kanto to Alola. Yes, this also means we get to visit the Orange Islands (something that hasn’t been featured in any of the mainline Pokémon Games). The game is within the same style as Pokémon FireRed and LeafGreen for the Nintendo GameBoy but with the added inclusion of versing all of Ash’s rivals and recreating his team.

Pokémon Uranium is one of the biggest Pokémon fan games out there that is no longer in development due to Nintendo sending a DMCA claim. But not to worry since the fan community decided to continue maintaining the project. The fan game introduced a new Pokémon type called “Nuclear”, making it the 19th unofficial type listing in the game. Pokémon Uranium features a new story and tougher challenges, making the gameplay even longer but worth it.

Pokémon is a fun game, don’t get me wrong. But as trainers start to feel underwhelmed by the newest release, there is always a fan community out there who will help quench that thirst for a challenge.