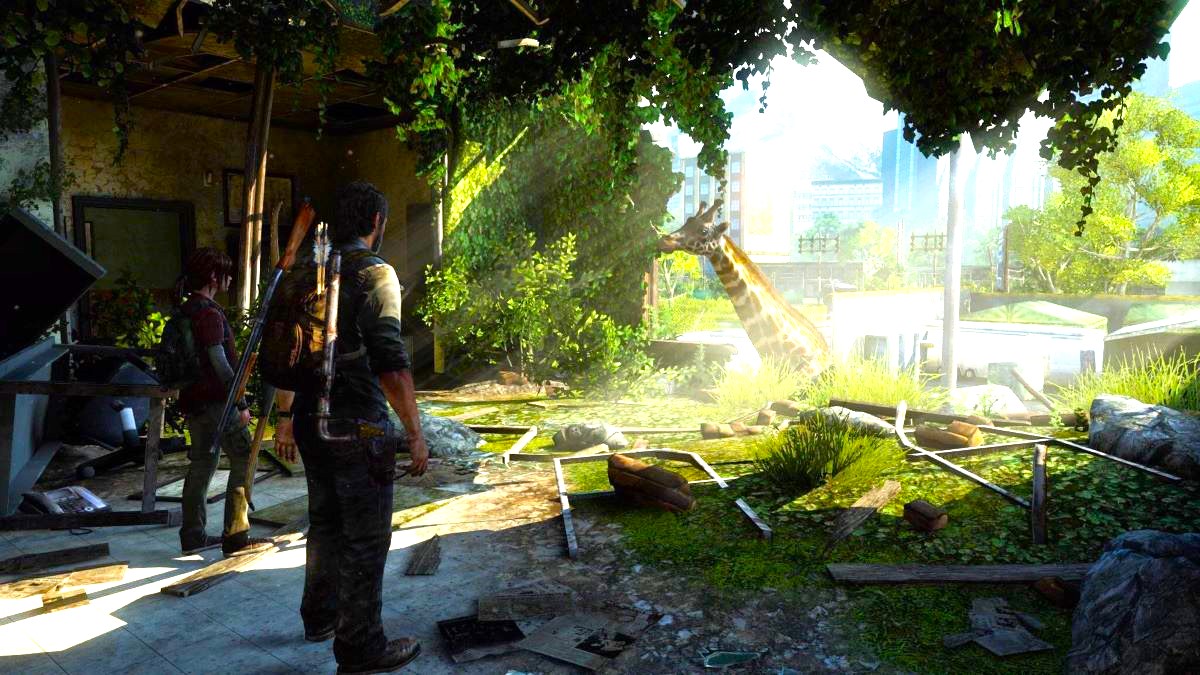 Warning: This piece contains heavy spoilers for both the first game and the show The Last of Us.

With the recent premiere of The Last of Us on HBO Max, there’s more attention than ever on its source material. The 2013 PlayStation game was not only ridiculously popular but elevated video game storytelling to a new high. It’s also one of the most brutal, terrifying, and violent games ever released. That brutality would be difficult to take on its own, but baked into a story about a post-apocalyptic landscape filled with its own brand of zombies, it actually sets a believable tone.

TLOU tells the story of Joel and Ellie, a young girl he’s tasked with transporting across the country. Ellie is immune to the cordyceps fungal disease that’s decimated humanity and forced survivors to live in quarantined police states. Over the course of the game, the two develop a special relationship despite Joel’s initial reluctance to show his vulnerabilities.

So far, the HBO series has stayed true to the game, which leaves plenty of room for shocking moments that will no doubt hit viewers with one emotional gut punch after another. TLOU newbies, here’s a taste of what you’re in for.

As it was in TLOU‘s premiere episode, this is one of the hardest things to watch in the history of anything, and it comes right at the beginning of the game. You actually start as Sarah with players seeing the start of the outbreak through her eyes. Playing as Sarah, you take her through the house while she searches for Joel to the sounds of commotion and explosions mixed into the quiet stillness of her surroundings.

We don’t get control of Joel until the car they’re driving crashes. Sarah is injured and can’t walk, so he picks her up and carries her toward a soldier. We only get the soldier’s side of the conversation with his superior, asking what to do, but it becomes clear that he’s going to shoot them.

When Joel realizes this, he tries to run, but the soldier opens fire. Joel’s thrown to the ground and drops Sarah. The soldier points his gun in Joel’s face. Right before he shoots, Joel’s brother, Tommy, kills the soldier. Then they discover Sarah with a bullet wound.

She doesn’t even really speak, but rather she makes fearful noises amidst the pain. And then she just…dies in his arms. It’s incredibly brutal and even worse when you watch it again. However, it’s necessary exposition despite its horrendousness. What a way to start a game.

One of the best things about the game is it knows when to slow down and tell the very human story. Enter Sam and Henry, two brothers Joel and Ellie meet on their travels and decide to team up with for a while. The Sam and Henry scenes provide some humanity to the proceedings as well as allow Joel and Ellie some interactions with other survivors. Unfortunately, like most things in TLOU, things take a dark turn.

The scene in question involves the four of them squatting in an abandoned house. Joel and Henry talk motorcycles while Ellie joins Sam for a conversation about fear. “How are you not afraid all the time?” Sam asks. She explains that she is, then hands him a toy his brother took away (which happened to be a symbol of his innocence) and leaves the room. Sam throws the toy on the ground and lifts up his pant leg, revealing that he was bitten. The next morning when Ellie goes to wake Sam, he has turned and attacks her.

Joel tries to shoot Sam but Henry shoots the gun out of Joel’s hand. “That’s my brother,” he cries. As Ellie fights for her life, Henry shoots his brother. Overcome with remorse he points the gun at Joel. “This is all your fault!” he yells before turning the gun on himself and pulling the trigger.

The giraffe scene is shocking in the literal sense because it seemingly comes out of nowhere. As Joel and Ellie are making their way through a city building, she runs off excitedly. Joel gets worried. We don’t actually know where Ellie is going, but Joel follows her to a room that opens into the sky. Suddenly, a giraffe appears and starts eating from a tree. Joel pets the animal and calls Ellie over to do so as well. Then they lean on a balcony and watch the family of giraffes make their way through a clearing below.

One of the hallmarks of TLOU is illustrating how things can be beautiful in the midst of absolute desolation. It’s a scene that helps deepen the bond between Joel and Ellie, and it makes the ending land that much harder.

This one’s exceptionally brutal. It’s another one of those quiet, emotional scenes that start innocuously enough before taking a hard emotional turn.

Ellie and Joel are in a house where she’s reading a teen’s diary from before everything went to Hell. He tells her they need to go, but she hesitates. “And if I say no?” Ellie asks, and the fireworks begin.

Joel chastises her for not taking their journey seriously while she wants him to admit he wanted to get rid of her and leave her with his brother, Tommy. “Stop with the bullshit,” she says. “What are you so afraid of? That I’m going to end up like Sam?” He tells her she’ll be fine with Tommy. Then she replies, “I’m not her, you know,” and Ellie reveals that she knows what happened to his daughter.

They start trauma measuring, and Joel tells her she doesn’t know what loss is. She disagrees and opens up to Joel, telling him she only feels safe with him around, and he’s the only one who hasn’t died or left her. His response? “You’re right; you’re not my daughter. And I’m not your dad.” It’s a stiff gut punch.

When Joel and Ellie make it to a university campus, they encounter dangerous hunters. During a battle on the second floor of an academic building, a hunter suddenly jumps out of a door and struggles with Joel against a railing. They both fall, and Joel lands on a rebar that impales him through the abdomen.

Hunters start banging on a door, and Ellie asks what to do, and Joel says, “Move!” He shoots the men when they enter the room. As the player, you then have to try and slowly guide an injured Joel to safety with hunters everywhere. It’s incredibly tense.

The scene is so great because Joel has been a rock throughout their journey, and suddenly Ellie has to be the strong one, further cementing their relationship.

After Joel is injured, you control Ellie for a stretch of the game as she tries to nurse him back to health over the course of a few months. She has many close calls and narrowly survives a group of cannibals and their leader, David.

As this chapter comes to its climax, David is going to kill Ellie. He eventually finds her in a restaurant and tries to shoot her, but she escapes. He locks the door as a fire spreads, stalking her as the flames continue to eat away at the building. They struggle until Ellie stabs him, and the two collapse onto the floor. She crawls toward a machete, but David kicks her in the midsection. As he pins her down, she reaches the weapon and stabs him. But it’s not over yet. She hacks away furiously while blood splatters across her face. We’ve seen Ellie kill before, but we’ve never seen her display blind rage until this moment.

The ending of this game is kind of a sprint. So much happens so quickly that you don’t have time to process it all.

Once Joel delivers Ellie to the hospital, he learns that it’s something in her brain that makes her immune to the infection. This means the doctors want to kill her and study her brain in order to find a cure to the outbreak. It’s a moral dilemma of the life of one versus the life of many; Joel chooses the former.

He goes on a killing spree and eventually finds Ellie in an operating room. The surgeons are defenseless, and one—who turns out to be Abby’s dad in the sequel game—grabs a scalpel and says, “I won’t let you take her.” Joel kills him and another surgeon. Meanwhile, a female doctor pleads for her life. You can choose to save the doctor, but you have to kill the surgeon.

He eventually makes it to an elevator where he comes face-to-face with Marlene, who points a gun and says, “You can’t save her.” He then kills her, too.

Joel lies about the cure

In the game’s last scene, Joel is driving, and we get flashbacks of him murdering Marlene. We’re left to wonder if he gave up Ellie or not. Then we hear her in the backseat, asking what she’s wearing and what happened. He lies. “Turns out there’s a whole lot more like you, Ellie,” he says. “People that are immune. It’s dozens actually. Ain’t done a damn bit of good.”

Since he’s already decided that he’s going to hold her life above all else, he doesn’t want to burden her with the truth. “They’ve actually stopped looking for a cure,” he says. The car dies, and they start walking. In the final moments, Ellie tells him about Riley and asks him to swear that everything he said is true.

“I swear,” he says, and we’re left to wonder if she believes him.