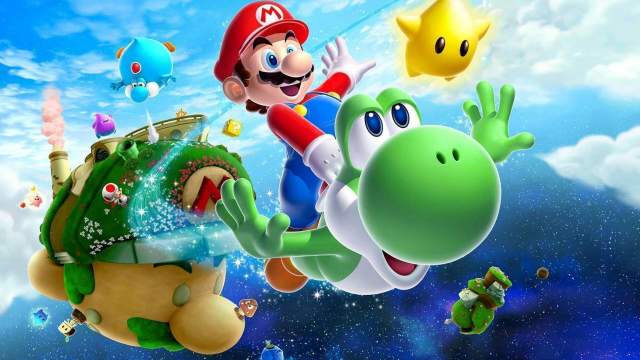 To most people, Nintendo represents fun, adventure, and creative excellence. The Japanese video game titan has been a major player in the market since the Nintendo Entertainment System pulled the entire industry back from the edge of oblivion in the early eighties. But underneath their cuddly and affable exterior lies a heart of iron.

Nintendo is notorious for not pulling their punches in the business world. Perhaps most visible to the average gamer is its famously harsh treatment of fan projects or unauthorized use of IP, with its legal team regularly firing cease and desist orders around the internet. Court cases sprung from Nintendo’s ruthless business practices have forced it to issue rebates to customers for price fixing. There’s also allegations of tough treatment of its employees around the world.

That last one has now hit the headlines. On Aug. 8, the National Labor Relations Board (NLRB) received a workplace complaint against the company. So, what does it allege?

The filing names both Nintendo and Aston Carter, a contracting and recruiting firm Nintendo uses to source customer service and administrative workers. The two are named as joint employers in a complaint that accuses them of various breaches of employee regulations regarding protected activity in the workplace.

While the specific details of who’s involved and what’s alleged aren’t publicly available, it appears that this stems from Nintendo employees discussing their working conditions with the intention of forming a union. More specifically, Nintendo and Aston Carter are accused of establishing “coercive rules” and that they disciplined a specific employee for raising the prospect of union activity in the workplace.

This is in line with a previous complaint filed with the NLRB in April, after which contractors revealed a 2014 incident in which workers discussed unionization outside of the office, only for Nintendo’s contracting firm to reprimand them for even raising the topic.

There’s also a general unhappiness in Nintendo (and, admittedly, throughout much of the video game industry) that employees are being exploited. After the April complaint, many came forward to gaming outlets to reveal what goes on behind closed doors.

Kokatu reported that game testers in Redmond, Washington, are routinely being paid $16 per hour, a figure that is below minimum wage in neighboring Seattle. Contractors working management roles are kept as part-time employees despite doing the same work as their full-time counterparts. The site also reported the worrying story of a part-time employee not only being denied access to an onsite clinic after suffering a concussion on her way to work, but a full-time employee was told it was “against company policy” to drive her offsite to an urgent care facility.

This seems to feed into a two-tier system that keeps employees part-time to exert control over them. One described Nintendo dangling the possibility of a full-time position as a “carrot on a stick” to get them to overlook workplace misery, with another saying, “You can work next to someone side-by-side for 20 years and not get invited to the [company] cookout.”

Axios reported a particularly disturbing account from a former contractor known only as “Ash” who told the site Nintendo’s strict rules resulted in a stress-induced heart condition. Ash also claimed to have been denied a day off for their grandfather’s funeral and told if they attended anyway, they would be fired.

This all comes to the background of a much-needed push for unionization across the gaming industry, which, along with movie VFX, remains one of the few creative industries without any kind of collective employee bargaining to improve working conditions and pay.

The complaints from both August and April are now being investigated by the NLRB’s regional office in Washington state, who will then decide whether there’s enough evidence to proceed against Nintendo. That decision may lead to a court hearing in which Nintendo defends the treatment of its employees, there is third-party mediation between employees and Nintendo/Aston Carter, or Nintendo possibly offers a settlement acknowledging wrongdoing.

All this is a sobering reminder to any video game fans seeking to enter the industry they love. Video game companies are infamous for exploiting people’s passion for gaming. Working for Nintendo may sound like a dream job, but if these complaints and reports have substance, it seems that the dream rapidly curdles into a nightmare.