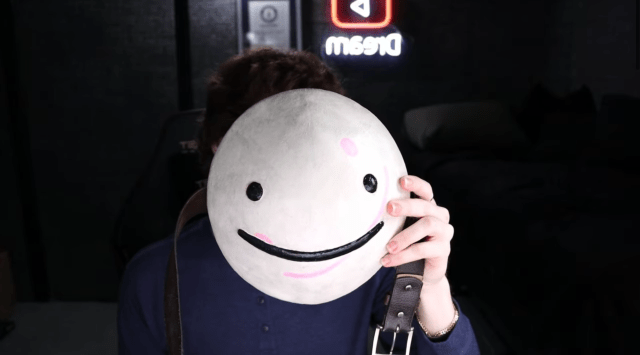 After spending years in anonymity, the famed Minecraft streamer Dream finally showed his face in a video. Dream is one of the more successful YouTube gamers out there, especially considering that he never showed his face at any point, which has become a rarity in the field. With over 30.1 million subscribers on YouTube, and a huge following on other social media sites. it came as no surprise that the turnout for his reveal was huge.

Dream has finally revealed himself to be a 23-year-old called Clay. In the build-up to his reveal Dream reached out to fellow YouTubers and friends first revealing his identity to them via face time. These fellow YouTubers recorded their own reactions to seeing their friend’s face for the first time and posted them ahead of the big reveal on YouTube. This generated a lot of interest and garnered a large crown to Dream’s YouTube channel with the live video playing for 1.2 million viewers.

The successful YouTuber shocked fans after finally revealing his face that he had kept hidden behind a smiley face mask, leading to his reveal trending on Twitter and racking up more than one million views on YouTube in the first 45 minutes after its upload. At the time of this article’s publishing, the video has reached more than 8.6 million views.

This is only the beginning for Clay a.k.a Dream, who will be attending TwitchCon in San Diego Oct. 7 to Oct. 9. Now he and his team are finally united, which is one of the big reasons he decided to finally show his face to the world. Dream also has plans to host an IRL Minecraft Manhunt and travel around the world filming which aligns with his goal “to get out in the world. Be a creator. Be a person.”