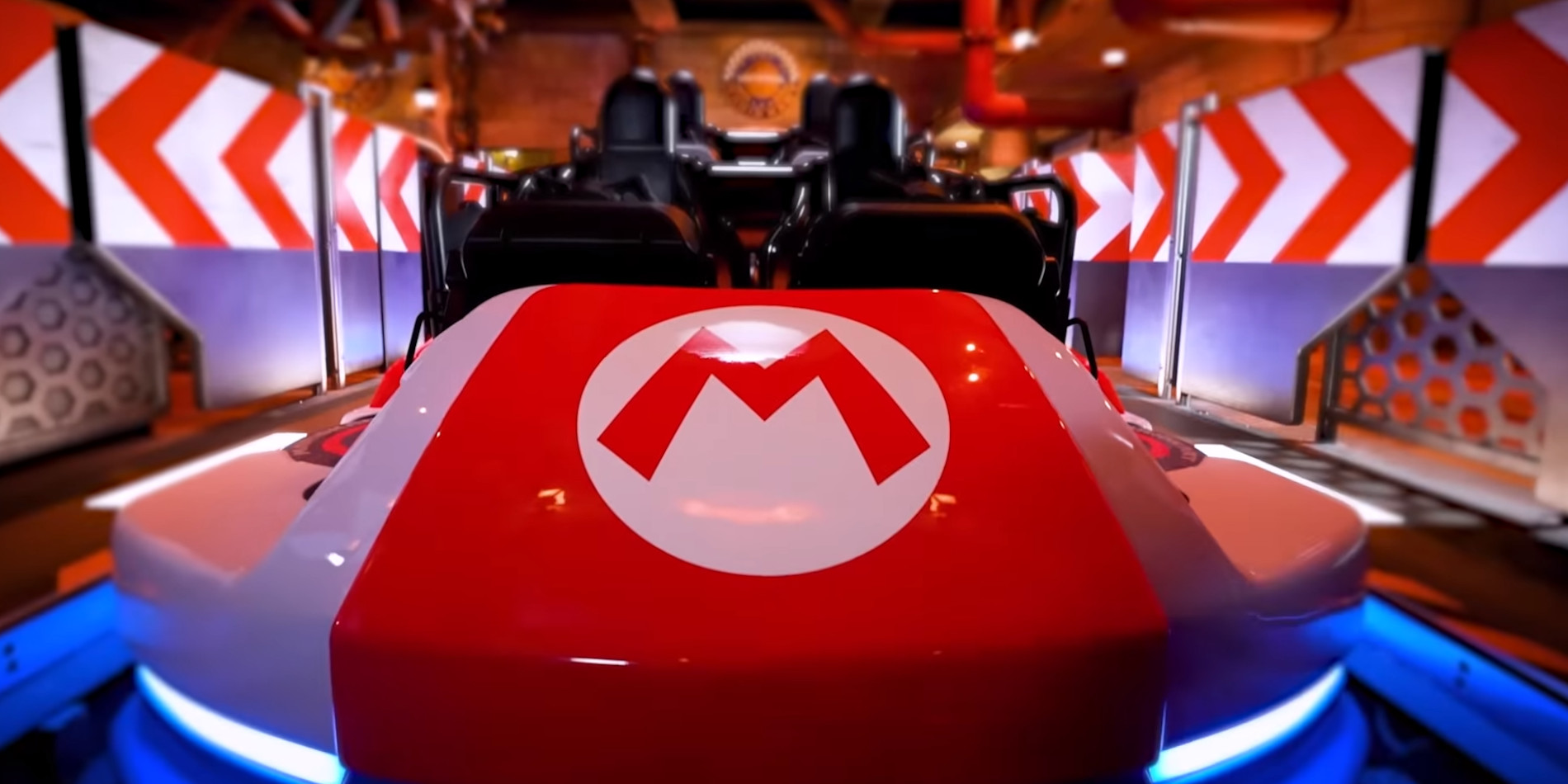 One of the most highly anticipated things in the world of theme parks right now is Super Nintendo World at Universal Studios Hollywood. And today, Universal gave fans an early glimpse at one of the land’s most anticipated rides, Mario Kart: Bowser’s Challenge.

In a video shared on YouTube, Universal tells fans to “get ready for a groundbreaking ride.” The video then shows several clips of the ride, showing off the ride vehicles and the ride’s combination of physical sets and augmented reality elements.

The land has been open in Universal Studios Japan since 2021, so long-time Mario and theme park fans already know what to expect from the ride. Much like its Japanese equivalent, the American version of the ride will be housed in a giant replica of Bowser’s castle, with the ride itself taking place within the castle’s dungeon. However, as is tradition, the ride in Japan is known as Mario Kart: Koopa’s Challenge, reflecting Bowser’s different name in the Japanese franchise.

Universal Studios described the ride to Deadline, saying that the ride will take on the land, the air, and the sea.

“As part of Team Mario, guests will steer through courses underwater and in the clouds to compete for the Golden Cup while collecting coins to defeat Team Bowser and win.”

The ride fuses augmented reality and physical ride elements. Something that Nintendo notes to Deadline, saying that the ride “seamlessly fuses augmented reality with projection mapping technology and actual set pieces.” The company also explains that special wristbands, called Power-Up Bands will also play a role in both the ride and the entirety of Super Nintendo World. This is similar to Universal’s previously introduced interactive elements, like the wands found in the park’s Wizarding World Of Harry Potter section.

This video also updates the land’s timeline, declaring that the Mario Kart ride will open in early-2023. In March, Universal confirmed that the entire land would be opening sometime in 2023. During this announcement, Universal described the land as groundbreaking and that it will be a spectacle.

“A visual spectacle of vibrant colors and architectural ingenuity located within a newly-expanded area of the theme park, featuring a groundbreaking ride and interactive areas.”

Interestingly, Deadline and several other outlets have noted that the “early-2023” opening date coincides with the new release date for Illumination’s long-awaited Super Mario Bros movie. The film is scheduled to land on April 7, 2023, suggesting that Universal plans to ride the hype generated by the film.