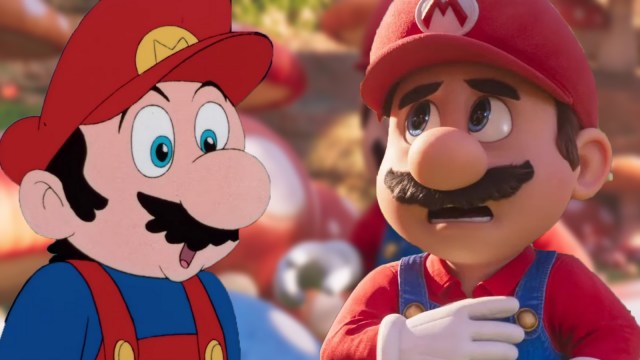 Images via Nintendo
Review of:

The Super Mario Bros timeline is confusing at most due to the numerous games the franchise had. Not to mention the ongoing debate on where titles such as Mario Kart fit into this if Mario and Bowser are constantly are at war with each other. Fortunately, one fan decided to tackle this confusing conundrum and concluded that we shouldn’t see the franchise as a timeline, but rather as a multiverse.

Reddit user u/Steakhouse42 shared their theory on r/FanTheory, stating that the Super Mario Bros could be split into two multiverses. The first was described as the “fun verse.” It is a universe where most of the characters got along, and Bowser and Mario were mostly rivals at most. This multiverse is where games like Mario Tennis, Mario Kart, and even Mario and Sonic in the Olympic Games, would fit.

The second multiverse dubbed the “serious verse,” is where the mainline games, Donkey Kong arcade games, Odyssey, Warioware, and Luigi’s Mansion would fit. In this universe, Mario and Luigi are the saviors of the Mushroom Kingdom and Bowser is “truly evil.” If this is the general description for this universe, then it’s safe to say that the Mario x Rabbids franchise could fit in here as well.

While this fan theory does explain how certain Mario titles could co-exist, it kinda does fit in one way or another. It’s a similar layout to the Pokémon franchise, where Pokémon X & Y and Omega Ruby and Alpha Sapphire managed to explain why certain titles have no Mega Evolutions and others do. However, this theory still has some tiny holes despite it making some sort of sense.

The multiverse in question didn’t accommodate the official Mario media that exist. Does the new Super Mario Bros Movie just a generalization of the ‘serious verse?’ What about the 1993 Super Mario Bros movie, starring Bob Hoskins as Mario? I highly doubt he’ll fit in the ‘serious verse.’ And what about all the official 1990 manga series ‘SUPER MARIO KUN‘? And let’s not question where Super Smash Bros fit into all of this. Does this mean that the original home media have a universe of it’s own?

While the theory does have legs to stand on, it still has some unanswered questions. But at least it got most of the games sorted and could explain why Mario and Bowser are friends in some titles, but enemies in others.