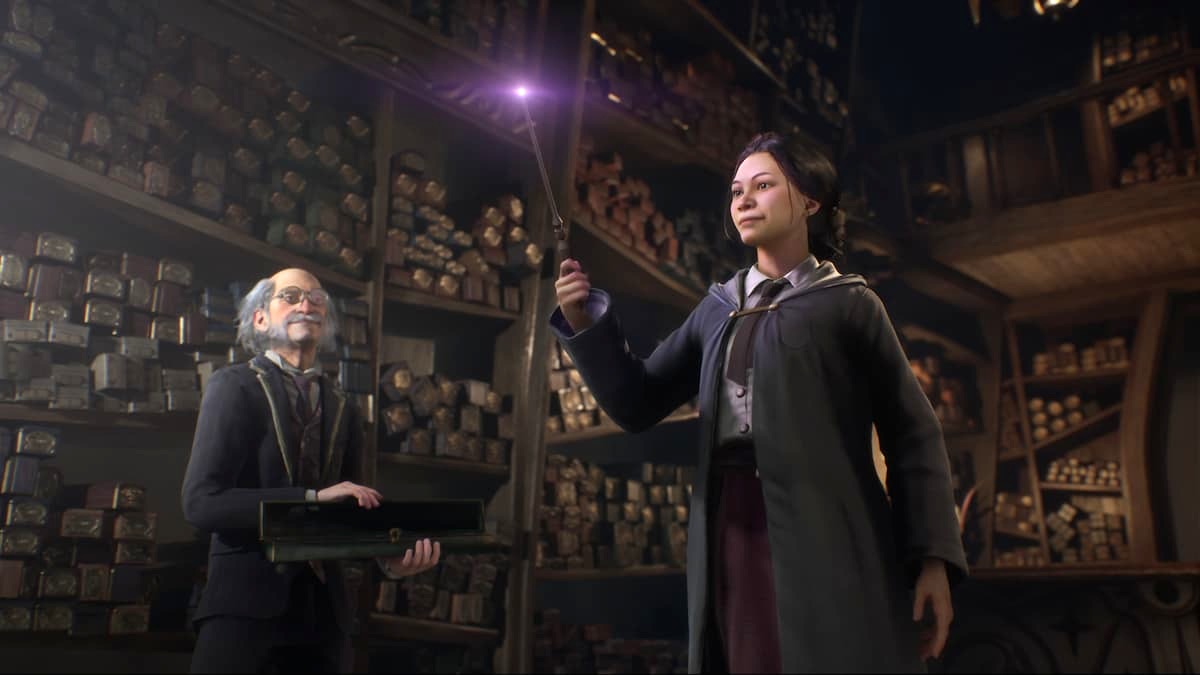 It’s time to grab your wands, our letters to Hogwarts have officially arrived. Soon we will be returning to the magic. Set to release on Feb 10, Hogwarts Legacy is sure to stupefy gamers across the globe. Fans of the Harry Potter franchise have been waiting for an open-world game for nearly two decades, and now it’s finally here.

Trailers for the game have been released intermittently over the last few months, with each giving us new information on what to expect from the upcoming Warner Bros. experience. The latest, an official cinematic for the game, sets the tone for the start of our enchanted adventure — revealing a few familiar faces and places in the process.

Our eyes almost can’t keep up. We get to see Hogwarts Castle, the Great Hall, the Defense Against the Dark Arts Classroom, and even a glimpse of the Forbidden Forest. Give us a moment while we catch our breath.

Although the franchise’s most iconic locations are a big part of this mind-melting trailer, some familiar names and faces also make unexpected appearances. No, your eyes aren’t playing tricks on you, that wispy figure was none other than Nearly Headless Nick — resident ghost of Gryffindor Tower.

The Easter eggs don’t stop there though. At some point during the viewing we get to hear one student shout “Professor Weasley!”, hinting at a name we know all too well. From the information at hand, it looks like Matilde Weasley (a great-grandmother of Ron) has taken up as Deputy Headmaster of Hogwarts itself.

Set in the 1890s, Hogwarts Legacy takes place long before any events of Harry Potter’s story we all know and love, and that’s definitely for the best. Placing the game squarely in the past means that it won’t be beholden to the future, but can still drop a hint or two for things that are sure to come.

No matter which way you look at it, this open-world role-playing game is exactly what fans have been asking for. Players will be able to customize their own character, learn the secrets of Hogwarts, and go on a wizarding adventure wholly unique to them.

It’s true that recently the franchise has come under fire because of its creator J.K. Rowling, and her comments made surrounding the trans community — but the impact that she has had on the game itself is certainly up for debate.

The developers of Hogwarts Legacy have gone to great lengths to distance themselves from Rowling’s opinions. They’re doing their best to change perceptions, and make a great game in the process, but understandably, for many, anything that puts money in Rowling’s pockets is off-limits.

Now all that’s left to is wait around for the owls to start dropping off their letters. Keep your mailboxes empty, your chimneys swept, and your bags packed. At long last, we’re headed to Hogwarts.