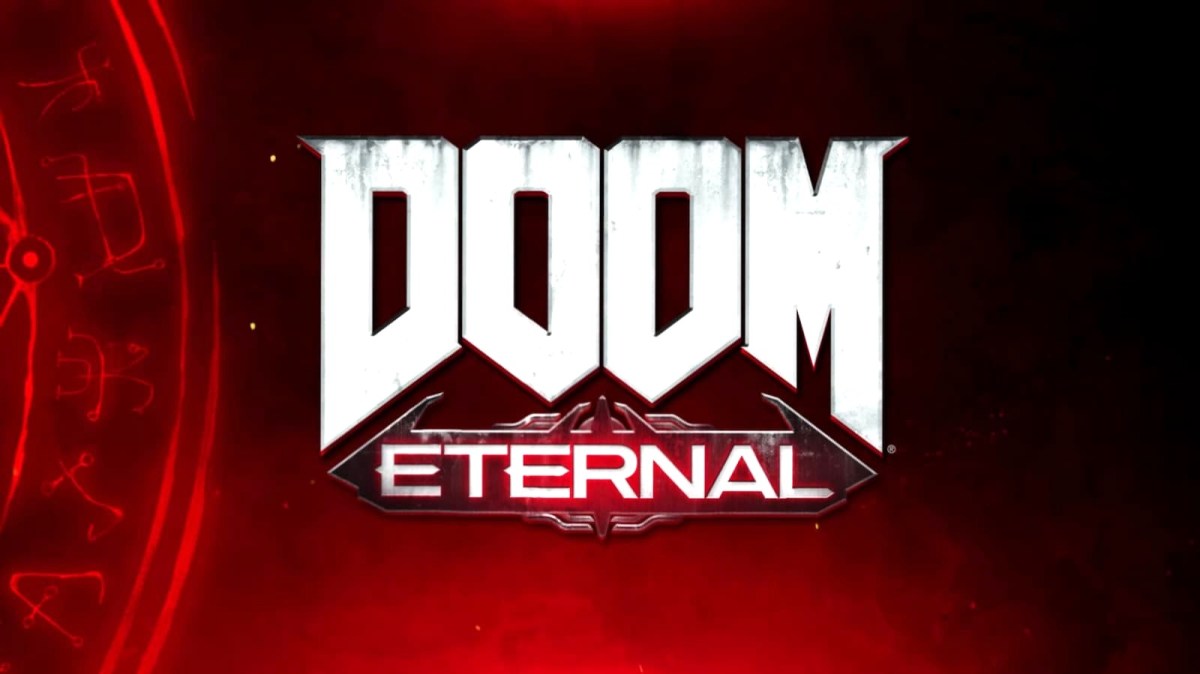 Occasionally, there will be a story in the games industry that isn’t a happy-go-lucky tale of the indie company making a game that sells like gangbusters, but rather a harrowing tale of game development that makes people wonder why anybody would choose to make games to begin with. This is the tale of Mick Gordon and Doom Eternal, the 2020 game which served as a sequel to Doom (2016).

There are two main parties in this disagreement, the composer of both Doom (2016), and Doom Eternal, Mick Gordon, and Marty Stratton, who was one of the directors of Doom (2016) and who had the role of executive producer for Doom Eternal, working for id Software. The issue was brought into the public eye when Stratton used a public Reddit post on r/Doom, on May 5, 2020, to explain what happened to the soundtrack for Doom Eternal, an issue that was being talked about by Gordon on Twitter at the time. Gordon released his side of the story over two years later on Nov. 9, 2022. So, what happened between Doom Eternal composer, Mick Gordon, and executive producer, Marty Stratton?

First things first, it is important to note that while Stratton works for id Software, Gordon does not, as he is a contractor hired by id Software, and therefore he is contracted for a set of work on any particular project. This means that if he were to be asked to make any music outside of what was contracted, he would either need to do so in good faith or get a new contract signed up. As Gordon states in his response to Stratton’s open letter, “An Official Soundtrack (the “OST”) is a separate product. The work is highly involved and falls under a separate contract.”

So, let’s get to when the problem began. According to Gordon, the development of Doom Eternal did not go smoothly, which makes sense as the game was originally delayed. Upon receiving the schedule for the music he was contractually obligated to make, Gordon thought it was too tight of a constraint, especially as he would need to make it alongside the levels of the game, which were in far too much of a conceptual state at that point. According to his statement, in which he has provided a screen capture of his email, he attempted to smooth out the schedule to something that he would have thought to be more realistic, but Stratton, in Gordon’s words, “threw the proposal back in my face.”

So, Gordon was rebuffed, and he continued to work all-nighters while the game was still taking shape, so he ultimately had to shelve work as it did not fit with the updated levels. As if that was not enough, he went months without pay because when he did deliver work, they did not approve it and so they were able to withhold payment. According to both sides, it seems like one thing is clear, there was friction between id Software and Mick Gordon, and for a number of reasons, it seems to be warranted on Gordon’s side, while Stratton (from Gordon’s statements) comes across as overbearing.

Issues then got worse, when during E3 2019, Stratton announced on stage that the Collector’s Edition of Doom Eternal would come with an OST of the game. Not only did Gordon have no idea that an OST would be announced as he learned about it when it was reported upon, but he also was not contracted, nor was he working on an OST. So not only was he supposedly sandbagged regarding the release of the OST, but it was supposed to be released with the Collector’s Edition of the game, putting a solid release date on the soundtrack.

According to Gordon, he attempted to reach out to Stratton to draw up a contract for the OST, one that id Software was now obligated to produce. But he was rebuffed again, citing that as the music for the game had not been finished yet, anything else would be a distraction. He also finally got paid for his work, but realized that he had produced double the amount of music he was contracted for. When the game was released, he realized that id Software had used twice the amount of music that they, according to Gordon, had paid for.

After months of silence and pre-orders, Gordon took it upon himself to contact Bethesda, the publisher of the game, to suggest a new contract for the OST. This was agreed to, for a total of 12 songs, which was less than what Gordon apparently wanted to make, but what Bethesda could afford. Terms were sent to Gordon on March 7, 2020, while the deadline for the OST was April 16, 2020. The contract was then delivered on March 18, 2020, giving him a month for the OST. Gordon says that things were running smoothly until Stratton sent him an email, supposedly threatening him under the guise of consumer protection laws, the same laws that id Software probably should have been aware of when they promised an OST with the Collector’s Edition of the game.

But what seems to have happened — and this is pure speculation — is that Stratton tasked the Lead Audio Designer Chad Mossholder to make an OST with what Gordon had sent for the actual game. According to Gordon, when he was working to meet the deadline and found out that Chad was being tasked with also putting together an OST, he reached out to combine their efforts to get it out quicker. But when he saw what Mossholder had put together, which included more than 70 tracks, Gordon realized that he couldn’t have done it in the two weeks since he had received the contract. Gordon has screen captures of the metadata from the edits of the OST, proving that the songs had been worked on months earlier in 2019.

Ultimately, Gordon claims that after producing 10 of the 12 songs for the OST himself, Stratton was not satisfied with his song choice and chose to go with Mossholder’s version, which was not up to Gordon’s standards, “resulting in clicks, pops, clipping, abrupt tempo changes, awkward gaps and jarring transitions.” Fans knew something was amiss when the OST arrived and it sounded off. Doom (2016)’s soundtrack won awards and was acclaimed by fans and critics alike. So when the soundtrack to the sequel sounded unbalanced and roughly edited, fans were quick to point it out. Mick Gordon’s response to a fan on Twitter was, “I didn’t mix those and wouldn’t have done that.”

Stratton was apparently quick to contact Gordon after his public disapproval of the OST, and Gordon claims that his mood was sour and that he tried to blame the poor quality of the work on Mick Gordon, rather than his own mishandling of the OST. Apparently, the pair decided to move forward with a joint statement to cut off the public’s negative reaction to the OST, but instead, in a response to Gordon’s tweets to fans, producer Marty Stratton headed to Reddit to post a statement, clearing up his side regarding the state of the OST. In his statement, Stratton said that he wanted to clear up any speculation regarding the soundtrack and Gordon’s involvement. Stratton stated that he was “compelled to present the entire story.”

Stratton does highlight difficulties between himself and Gordon, but does obviously paint the story in a more sympathetic light, as does Gordon for himself in his own account. Stratton’s account differs from the above information taken from Gordon’s account in that he says the agreement was for 30 tracks, not 12, and that the April date was an extension, not the initially contracted date. Stratton also implies that he asked Mossholder to create the backup OST in April, not in 2019 as the metadata implies. He goes on to say that all of the music was taken from in-game music and not from demos Gordon had sent months prior. To this, Gordon points out that there was at least one track that Mossholder himself denied, only to put in the OST.

Again, they have supposedly used more than double the music Gordon was contracted for in the game. Furthermore, Mossholder’s name was added alongside Gordon’s on the tracks upon release, which led Gordon to state “seeing Chad credited as co-artist on these tracks pissed me off,” as he had worked long hours for years to meet the schedule they had set. Stratton says that Mossholder was not credited as a co-composer but rather added to differentiate the tracks that id Software had edited, and those that Gordon had delivered.

This topic was brought back into the public forum when Mick Gordon posted a response almost three years after the Reddit post. His response is quite lengthy and documents essentially every step of the score’s development, documenting how he was allegedly mistreated, and underpaid. This is where most of the information gathered in this piece comes from, as it is highly detailed and he does, seemingly, have proof of his claims, whereas Marty’s statement is just his account of what happened. In Stratton’s statement, Gordon seems to be quite flakey, and it does read like he has poor time management skills. However, Gordon’s statement has proof of emails sent, contracts signed, and metadata from the edits.

In the response, Gordon revealed that he contacted lawyers after Stratton tarnished his reputation in the Reddit post. He was also seeking remuneration regarding the music that they had put in the game that was over the amount he had been contracted for. According to Gordon, they offered a settlement offer, which involved Gordon producing an OST, but when he requested that the Reddit post be taken down, they pulled the offer and threatened him with legal action. They then offered him a six-figure sum for taking responsibility for the OST’s failure and in turn, not talking about the game or about the id Software team in a negative light.

Gordon then states that he tried to negotiate a counteroffer and was rebuffed or stalled so he posted his statement, years later. He claims that his response “is a defence, not an unprovoked attack” and asks for people not to go after the people working for id Software as he just wanted to clear his name. Interestingly, Stratton has not returned to his public forum after the community seemingly turned on him, even deleting his Wikipedia page. On top of that, Bethesda has officially rebuked Gordon’s response, citing that they have all the evidence they need “to disclose in an appropriate venue,” which you can read in the Twitter post above.

Ultimately, it is not our place to shift blame to one party, but you cannot deny that the Reddit post seemed fishy to begin with. Hopefully, the matter gets resolved and the injured party is made whole again with their reputation untarnished. Because as it stands, it does not look good for id Software or Bethesda to have their business aired out in public like this, especially when it was one of their employees who caused the public blowout in the first place by making a public Reddit post.

These are the facts presented by both sides, and there is undoubtedly more to the story, as was evident back in 2020 when Stratton provided his account of the story. While Gordon’s statement is far more detailed, it is one-sided as well. We will undoubtedly provide you with an update if this story progresses further, and again, please do not harass any of the parties involved. This whole situation is messy, and actually, quite a shame, because both Doom (2016) and Doom Eternal turned out to be some fantastic games, that we recommend you play if you haven’t already.