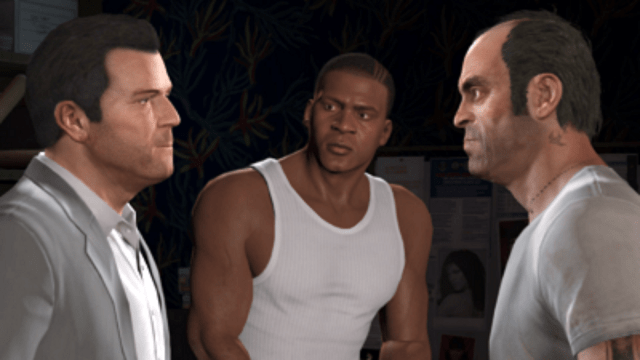 It’s no secret that Grand Theft Auto V is one of the most successful video games of all time, having first released way back on the PlayStation 3 and Xbox 360 in 2013. It has since leapt two console generations and is still going strong on the PlayStation 5, Xbox Series X, and PC.

A huge contributor to its ongoing popularity and success is GTA Online. The idea of running amok in the sprawling map of San Andreas with your friends and doing some organized crime keeps bringing players back again and again, no matter how much we whine and moan about Rockstar milking the game.

What you may not have considered is that GTA Online has its limitations. Sure, you can get in gunfights with other players. Sure, you can pull off heists based on a scripted story. Yes, the NPC cops can bust you and send you packing to the slammer, but what if you could take that experience to a whole new level? What if you wrote your character’s own story and gained notoriety among other actual players, not just the NPCs that pat you on the back after a job well done? What if, after a failed heist, the cops that busted you were real players? What if it’s an actual person who throws you in the back of the car and puts you on trial for your crime, and you can get a buddy involved to represent you as your lawyer?

Enter the wide world of GTA Roleplay servers, where all of the above and much more is possible. These are fan-made projects which use Rockstar’s base assets, gameplay and geography from Grand Theft Auto V and build on them, even bringing in their own custom modifications. Many Australian-made servers, for example, remodel police vehicles, local restaurants, shops, and government agencies to match their real-world equivalents. The limit is the developer’s imagination. Aussies will instantly recognize the cops cars below. Yes, those are in-game.

With the Grand Theft Auto V map as your playground, you can live out your criminal fantasy on your terms and shape your own path. Theoretically, you could treat it like Second Life and be a law-abiding citizen, getting paid an honest wage by driving trucks around the map. But where’s the fun in that?

Regardless of the direction in which you want to take your life in GTA Roleplay, the most well-maintained and best-moderated servers will be able to accommodate you.

How do you get started?

Let’s quickly rip a bandaid off. If you’re on a console, you’re out of luck. GTA RP servers are only accessible on PC, as there is some light backend tinkering you need to do to get things up and running.

To access reputable servers (which is the extent of this how-to), you will need to own a legitimate copy of Grand Theft Auto V. Steam tends to be the launcher of preference, but in our own experience, we’ve run into little to no issues running the game from the Rockstar Launcher either. You’ll then want to download a piece of software called FiveM. It’s basic functionality for your purposes is as a browser to find a GTA RP server to play on, or some other player-made multiplayer server.

The developers of FiveM assure its users that it is a standalone application, which means it won’t interfere with your GTA Online account, but always install third-party applications at your own risk.

Pick a server, familiarize yourself with its rules

The server you choose is up to you. While some of the most popular North American servers include NoPixel, New Day RP, and Mafia City, these can be quite crowded and tricky to get into. We recommend filtering your FiveM by region and roleplay (see below), then picking one with a healthy (but not always full) population and doing a quick Google search of what to expect of the experience on the server.

Once you’ve decided, your server’s FiveM page will outline other prerequisites required for you to connect. Generally speaking, any decent server which takes its roleplay aspects seriously will ask you to join their Discord server so you can be identified for a conversation with moderators should rule breaches or incidents need to be discussed.

Your chosen roleplay server will likely have a forum outlining its rules. They may differ from server to server, but most tend to share these general guidelines:

There will also usually be a glossary of terms for players to get familiar with when referring to factors from outside of the game world.

For instance, rather than asking players to press their X keys, you would ask them to “flex their X muscles.” If your game crashes in the middle of a roleplay scenario, you would come back and inform those involved that “your head exploded,” and so on.

Get out there and have fun!

Once you’re familiar with your server rules, it’s time to go live out your crime lord or honest taxi driver dream. If you’re unsure where to start, don’t be shy—ask other players for help, and introduce yourself. A big selling point of a GTA RP server is learning the ins and outs of how to get rich from others.

Personally, I’d start with an honest job, which gets you involved with other players (something like a truck driver would not suit this). Get to know your co-workers and other players on the server more generally, and you’ll be surprised how quickly you start to learn the details of the criminal underworld if you’re so inclined. Yes, you will run into trolls who will VDM and RDM you, but good servers deal with trolls swiftly.

You may find yourself kidnapped, robbed, or forced to work under threat of death. Learn from these mistakes, have fun with it, and find your crew. You’ll be robbing banks and negotiating with player-controlled cops for player-controlled hostages or manufacturing and selling drugs in no time. Go forth and let your imaginations run wild!