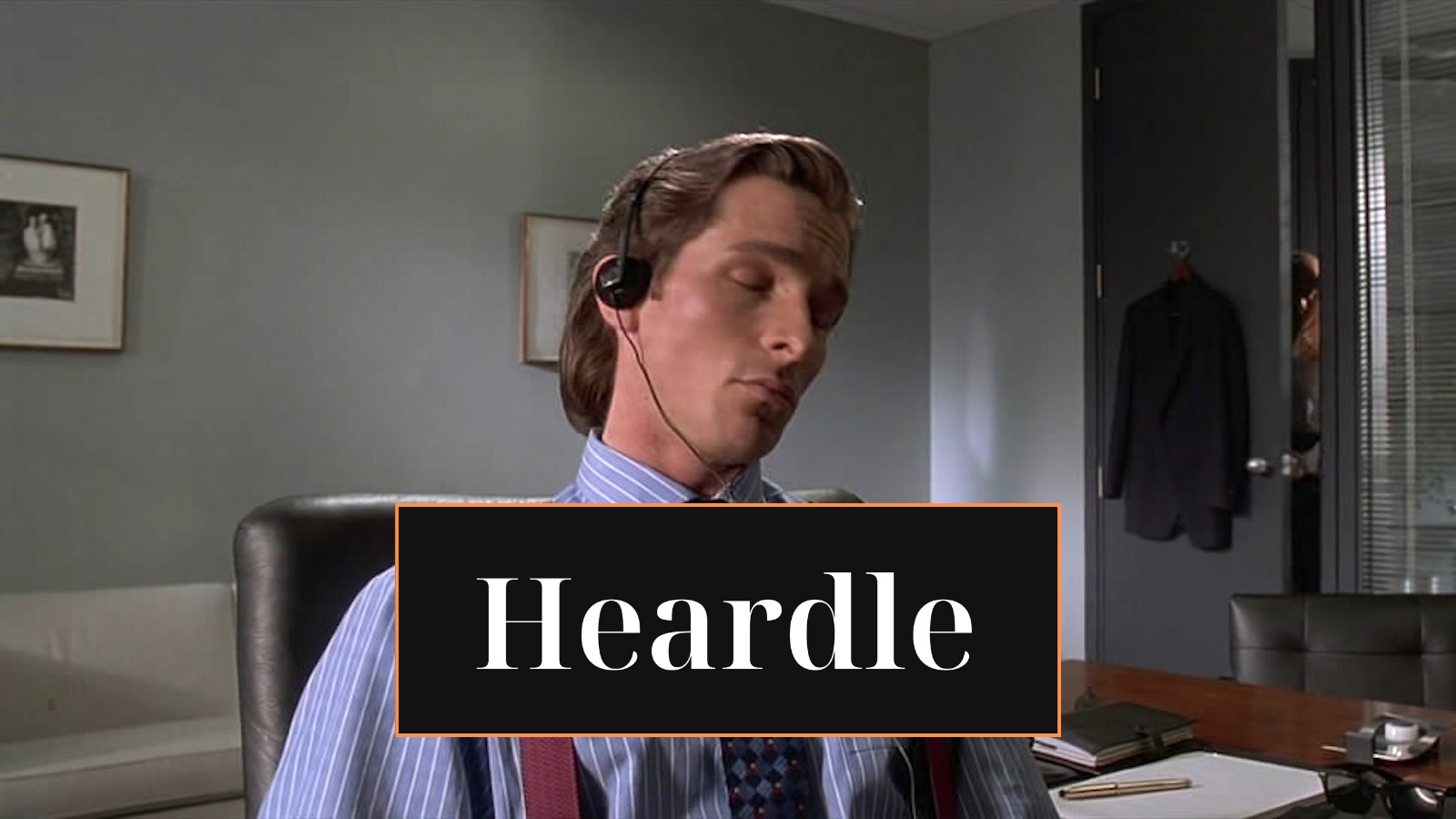 It’s been over six months since Wordle took over the world by storm, and those little green and yellow squares show little sign of slowing down. In fact, it has become such a powerful format that it has mutated into a seemingly infinite amount of spin-offs, rip-offs, and, well, way offs.

One entrant into the extended Wordle universe has managed to prove it might have the longevity to keep up with the OG, and it doesn’t involve words at all. Heardle — a name that is truly just layers on layers of genius — follows the basic skeleton of its predecessor: six attempts to guess the right answer. Except you’re not guessing words, you’re guessing songs.

Plucked from what is described as a “long list of popular tracks”, each day presents a new song and each day encourages keen-eared fans to guess its title from just its introduction.

Heardle isn’t going to throw any obscure B-sides your way, but guessing popular songs from intros alone is by no means an easy feat. With your first attempt being based on the track’s first second, you’re thrown into the deep end, wracking your brain for the name of the song that you swear you’ve heard yourself.

With each incorrect or skipped attempt, you receive a few extra seconds to help jog your memory, with guess six giving you the first 16 seconds of the daily track. If you guess the right artist, but the wrong song, the text will turn yellow, letting you know that the W is within reach.

Don’t worry — just like Wordle, you can still share your victory and clog everyone’s feeds with yellow and green squares as per.

But what’s the answer to today’s Heardle? Before we get there, let’s break down some hints that might help you see green on your own.

Still not sure? View the answer below.

The answer for July 6’s Heardle is “If You Had My Love” by Jennifer Lopez.