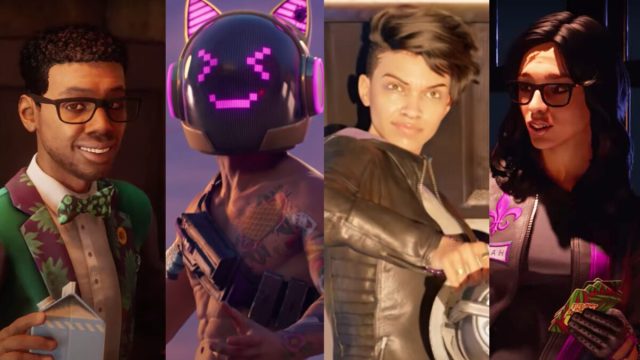 A reboot of the popular Saints Row franchise is headed to gamers soon, offering up a glossy, modern reimagining of the video game series.

The new game doesn’t follow the same characters or storylines fans will recognize from former games, instead switching things up with a similar vibe but a completely new lineup. Even the setting is different, with players departing from the familiar Stillwater and Steelport for a brand new city.

The cast of characters is also set to completely change, ditching familiar favorites like Shaundi, Pierce, and Gat for a brand new lineup. The new Saints Row team has little, to nothing, in common with their predecessors, but that isn’t detracting from fans’ excitement at the prospect of a new family of miscreants.

The new team of Saints will consist of three fleshed-out, fully-realized characters, and one customizable player character. The Boss character, as was the case in previous games, will be fully customizable, but still has some personality traits and details attached to them.

Already one of the most popular members of the Saints, Kevin seems poised to become the comedic relief of the crew. He is labeled as the “man about town,” who “knows how to make some noise” in trailers for the upcoming game, but also lends some truly necessary skills to the team — on top of his thrill-seeking tendencies. He’s a stellar chef, the “guy with the contacts,” and is considered the Saint’s “resident publicist and fixer.”

A former foster kid, Kevin has been on the hunt for his forever family for a long time. He first tried to find a place among the Idols, but soon found that the group didn’t suit him. Thankfully, he fits right in with the Saints. He’s a perfect addition to his new family, and they couldn’t be happier to have him.

A longtime car lover and talented mechanic, Neenah knows vehicles inside and out. This makes her one of the best drivers in the Santo Ileso area — where the new game is set — and lends a huge advantage to her team. Artistic, ambitious, and capable, Neenah has been struggling to find her place in the world for years now. A brief stint with the Panteros gave Neenah the perspective to realize she deserves better, and pushed her to become an official Saint.

Neenah lends far more than just vehicular know-how to the team, with her drive (no pun intended) and resolve helping the team to stay focused and hungry. Her background in art gives Neenah the know-how she needs to place a price tag on “acquired” pieces, and her encyclopedic knowledge of Santo Ileso is vital in the Saints building a brand from the ground up.

Every team needs a planner, and Eli has exactly the strategic know-how to take the Saints from small time to major players. By far the most buttoned-up member of the team, Eli is dedicated to the lofty dream of creating a legitimate empire out of his mostly-unknown team. Dedicated to the church of success and prosperity, Eli initially hoped to make a killing off the real estate market, but quickly found himself in an entirely removed field.

The business know-how behind the Saints’ growing criminal empire, Eli is absolutely vital to the future of the Saints. Sharply dressed and carefully non-combattive, he hardly seems to fit into this burgeoning criminal organization, but without Eli the Saints wouldn’t have a future.

The Boss character in Saints Row is typically customizable, which allows players to create them in precisely the image they design. Such will be the case with the reboot, which once again provides broad customization options for the titular hero — if you can call them that — of the new game. The Boss does have a few permanent details, however, including brown eyes (for now at least), an average height of 5’8”, and a tendency toward “sociopathic behavior.”