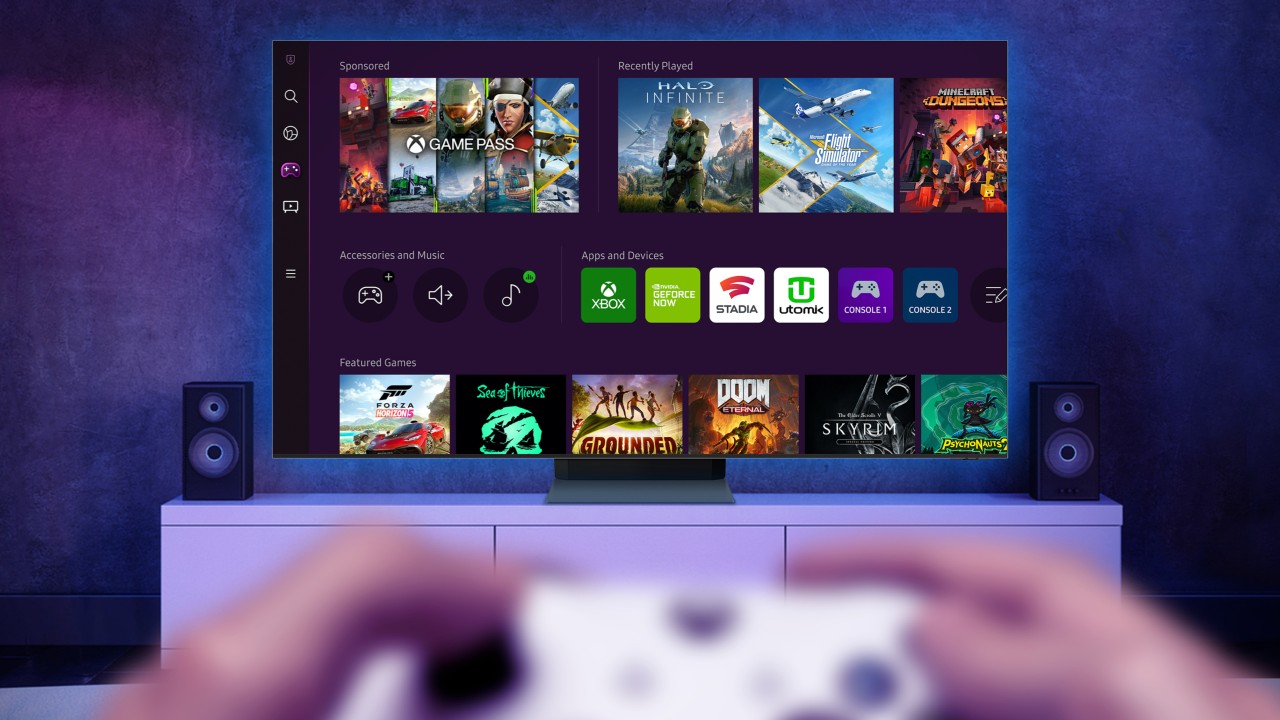 The future is now: you’ll soon be able to download an Xbox app onto your 2022 Samsung Smart TV to play games, no console required! The app will become available in numerous countries later this month.

The announcement was made Thursday during the Summer Game Fest, during which it was revealed the service would work via streaming of Xbox games.

According to Samsung’s website, the service is being made available via a partnership between Xbox and Samsung Gaming Hub. From Halo Infinite to Forza Horizon, the blockbuster titles you know and love from Microsoft will be available through the service, which will require an internet connection and a separately-purchased Xbox Game Pass Ultimate Subscription.

The Xbox cloud gaming service will only be available on Samsung’s 2022 smart TVs — for the time being — utilizing custom Xbox Series X hardware, according to The Verge. For now, the games cannot be streamed at a 4K resolution, so the experience is limited to “1080p” and “60fps.” However, if you have a Bluetooth-enabled controller, the app will be supported by a large variety of hardware, including “Xbox controllers, Sony’s DualSense, and many more.” Ashley McKissick, Xbox’s corporate vice president, was quoted in the article saying that a stated point of interest for Xbox in the future is to “explore” bringing the app to “other TV partnerships” or even older Samsungs.

Although cloud gaming is nothing new, arguably it wasn’t until very recently that the concept of streaming games became a viable option for your average gamer. And the fact that Xbox, one of the big three in the console market, is now making its way to a smart TV application — without a console required — is significant. With PlayStation now bringing some of their once console-exclusive titles, such as God of War, to PC, it may only be a matter of time before the grip that consoles have on the video game market loosens, if they don’t become totally obsolete a few years down the line.

Arguably, Nintendo is the only console company of the main three that still does not have any bleed-over into PCs at all. However, their Nintendo Switch Online service, which offers virtual apps on the Switch for retro consoles — like the Sega Genesis, Nintendo 64, and SNES — also hints at a possible subscription-based, multi-hardware-platform future. For now, Nintendo’s flagship portable-to-TV-docked hybrid device seems impossible to replicate on any other machine. Sure, you could always download Mario Kart Tour for your smartphone, but it’s not exactly the same as playing Mario Kart 8 Deluxe on the Switch, is it?

Users of 2022 Samsung Smart TVs in 27 countries will be able to download and use the Xbox app beginning June 30.