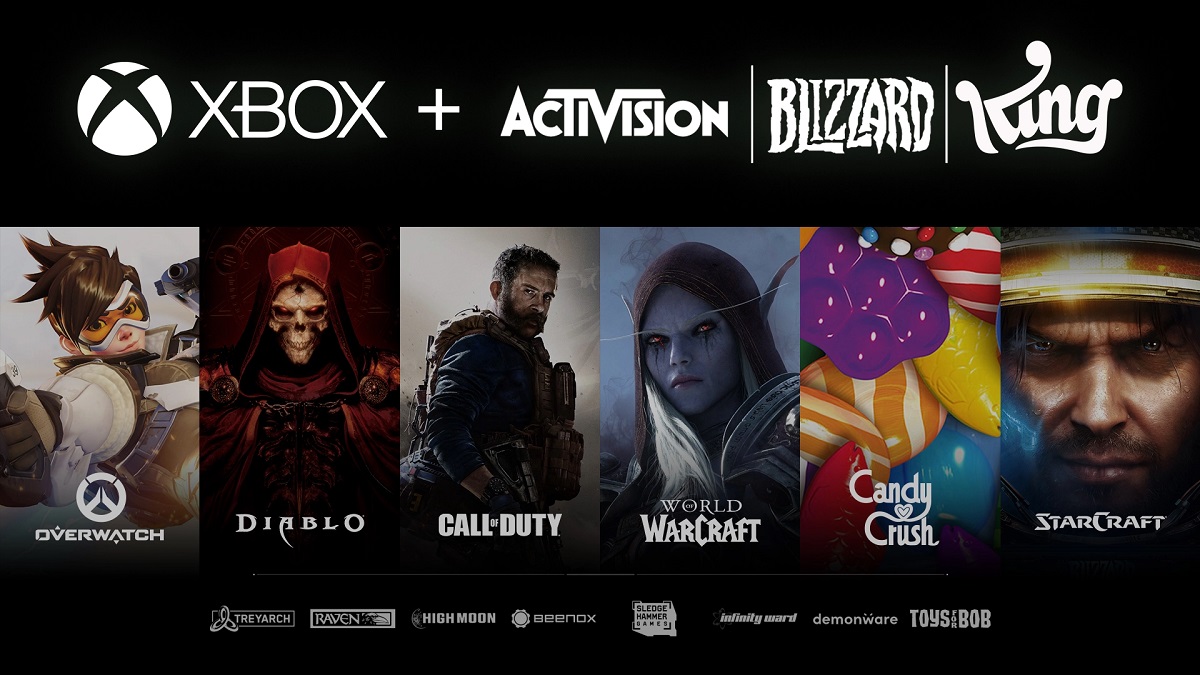 If you’ve somehow missed today’s bombshell, Microsoft has just bought out Activision Blizzard for a significant sum of $68.7 billion. But what does the Xbox team exactly gain from this maelstrom of a deal?

Microsoft is pulling out all the big guns to compete against Sony’s long-time gaming adversary in the current ninth generation of video game consoles. When the company acquired Zenimax (parent company of Bethesda Softworks) with a staggering $7.5 billion in late 2020, everyone gasped in utter shock at the prospects of such a hugely independent corporation falling at the hands of the green team. Flash forward two years, and Microsoft has now truly outdone itself. By tenfold, if we’re splitting hairs.

If you still retain your doubts about Xbox Game Pass and the wonderful opportunity it provides for gamers of every caliber to enjoy a catalog of more than four hundred titles for a monthly subscription. In that case, the acquisition of Activision will drive home the final nail in the coffin of Microsoft’s long-term strategy.

Here’s a list of every IP that the software company will add to its back catalog when the deal is finalized in a few months: Call of Duty, Diablo, Overwatch, World of Warcraft, Crash Bandicoot, Hearthstone, Starcraft, Tony Hawk, Skylanders, Guitar Hero, Lost Vikings, and several mobile titles like Candy Crush, Farm Heroes Saga, and Pet Rescue.

Altogether, these amount to hundreds of best-selling and popular multiplayer games, and the recently promoted Gaming CEO Phil Spencer has promised that many of them will find their way to Game Pass as soon as the deal is done.

“Upon close, we will offer as many Activision Blizzard games as we can within Xbox Game Pass and PC Game Pass, both new titles and games from Activision Blizzard’s incredible catalog,” He said today. “We also announced today that Game Pass now has more than 25 million subscribers. As always, we look forward to continuing to add more value and more great games to Game Pass.”

I don’t know about you guys but now seems like the perfect time to seriously think about getting your hands on an Xbox Series X or S. That is, if you can find one amid the current hardware shortage across the globe.