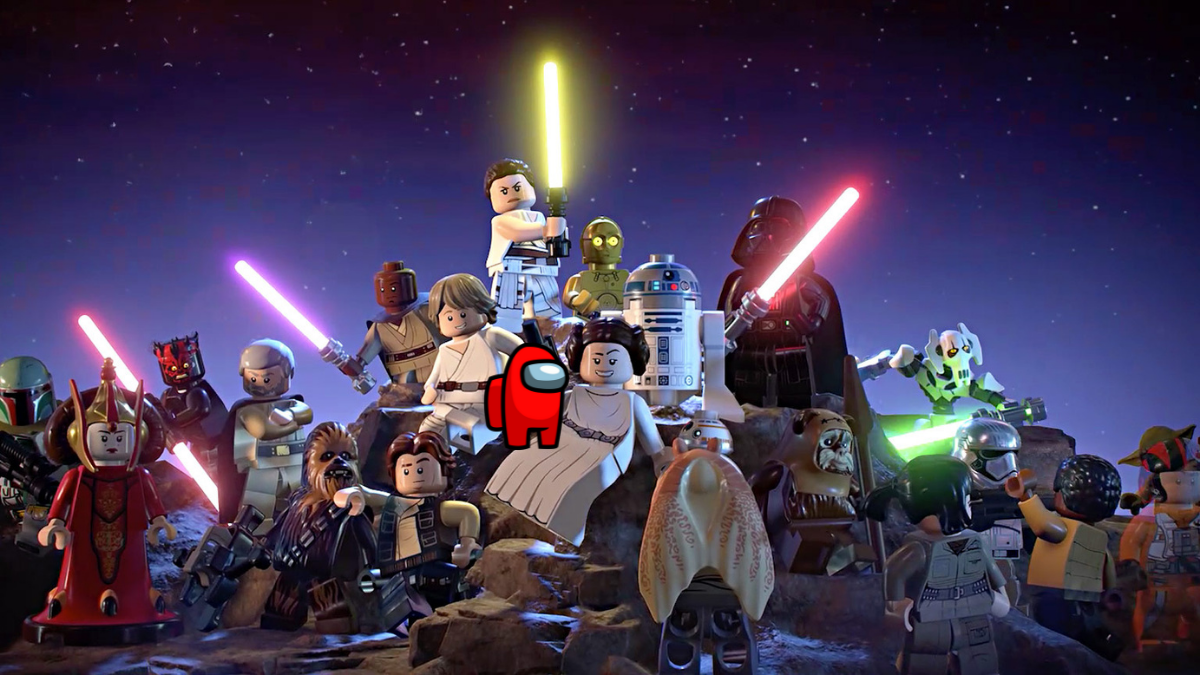 While the peak of Among Us memes has been comfortably left in 2021, there are still dark remnants of the past remaining in pop culture today. One has to look no further than a surprise “amogus” in LEGO Star Wars: The Skywalker Saga.

Among Us has been a revelation in pop culture since it took the internet by storm in the first year of the pandemic. While anything that gets so popular so quickly is often met with genuine appreciation, soon after comes the layers of irony, and eventually, post-irony. Among Us has ended up being the face of pattern recognition memes, being folded eventually into the decreasingly verbose “amogus” meme.

While playing through the nine films featured in The Skywalker Saga, you’ll notice a fair share of pop culture references and obscure memes, but it’s upon playing The Force Awakens that you’ll suddenly wonder if you have gone insane.

In the second level of Episode VII, “Low Flying Garbage”, you’ll notice a remarkably familiar shape. That is, if your brain has been fried by meme culture.

It’s hard to absolutely and completely convince yourself if it is indeed an “Amogus” reference, but considering the sheer impact Among Us has had on culture, it feels highly likely.

LEGO Star Wars: The Skywalker Saga has been in development since 2018, and faced several delays. Initially scheduled for a 2020 release, it finally got to consumers April 2022. With two years added to development during the height of Among Us, perhaps the developers have leaned into the meme.