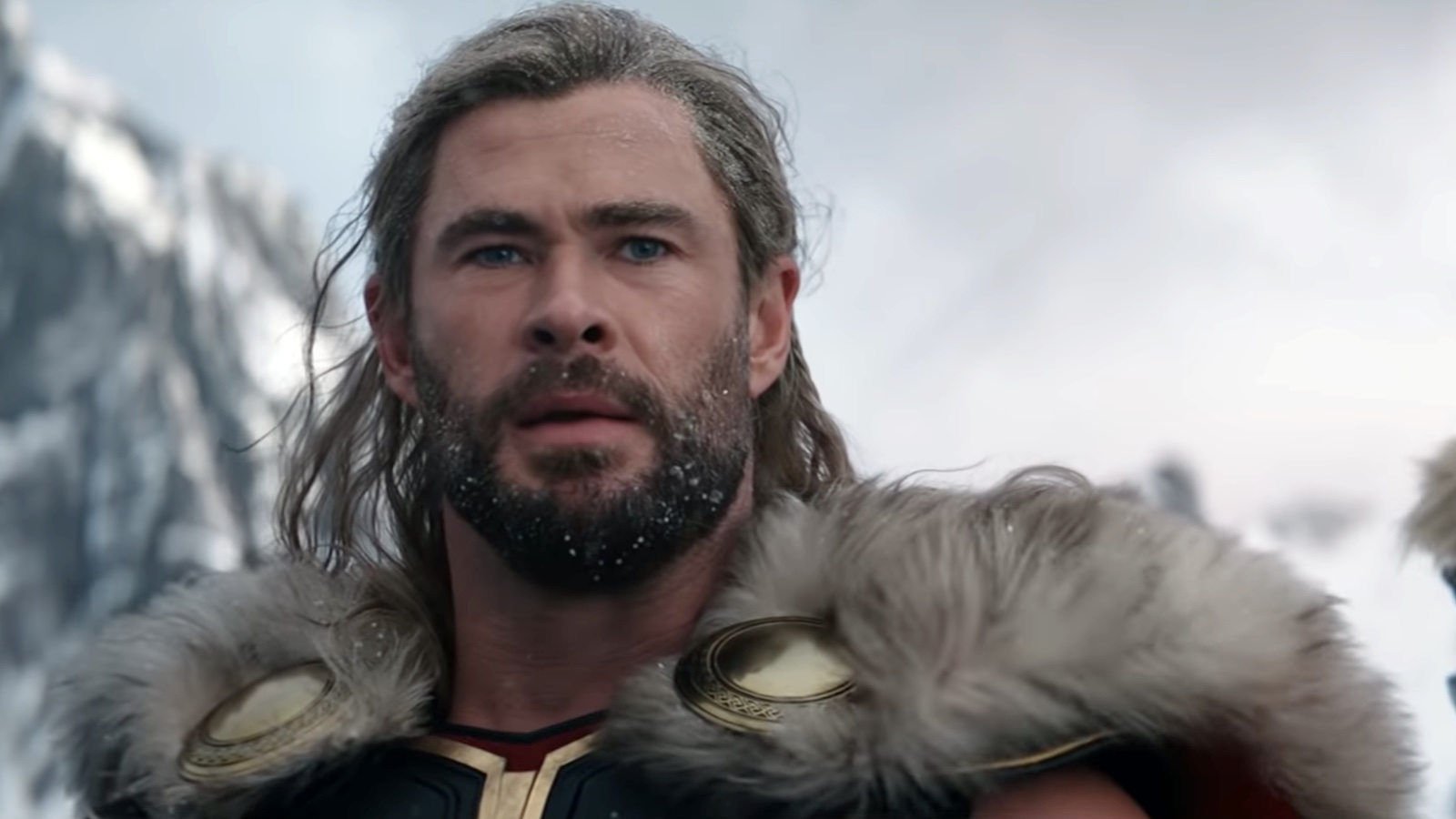 Marvel has had an amazingly successful past year with their latest movies Doctor Strange in the Multiverse of Madness and Spider-Man: No Way Home. Their next scheduled release is another anticipated movie, Thor: Love and Thunder.

The fourth movie in Thor’s franchise will follow the God of Thunder in what director Taika Waititi teases as “a midlife crisis film.” Today, Entertainment Weekly released an exclusive new still of Chris Hemsworth as our favorite God.

In this picture, we can see that Thor has lost the physical weight he carried during Avengers: Endgame and is in a new suit of armor as well; the fur is a nice touch. In the background, we can see people running away from something, which leads to the idea that this could be a scene from a big or even the movie’s final battle. The background actors seem to be in normal clothes, which is an indicator that this may take place on Earth in New Asgard.

The question is, though, where is Queen Valkyrie?

Thor looks to be a bit confused, but then again, he is our favorite himbo of the Avengers, so we can’t be too surprised. There’s also a look of fear, though, which leaves audiences to wonder who he’s battling and why. Is New Asgard at risk of being destroyed, leaving Thor without a home once again, or is it just a random place on Earth that he’s come to save? Or maybe, it’s not on Earth at all, and the costumes are just throwing us off.

Watiti is staying mum on the details of the plot but promises Thor is covering new territory and, yeah, probably kissing.

“What I didn’t want to do is just make Ragnarok again, because that’s been done. I needed to do something more interesting for myself to keep the whole thing ignited and to make sure that I’m feeling creatively stimulated. I thought, What’s the least expected thing with this franchise?”

Whatever the story behind the photo is, with this and the new teaser for the film, Thor: Love and Thunder is gearing up to be another hit for Marvel this summer. The fourth installment in the Thor franchise releases July 8, 2022, and no date has been announced for when tickets go on sale, so keep an eye out for that.