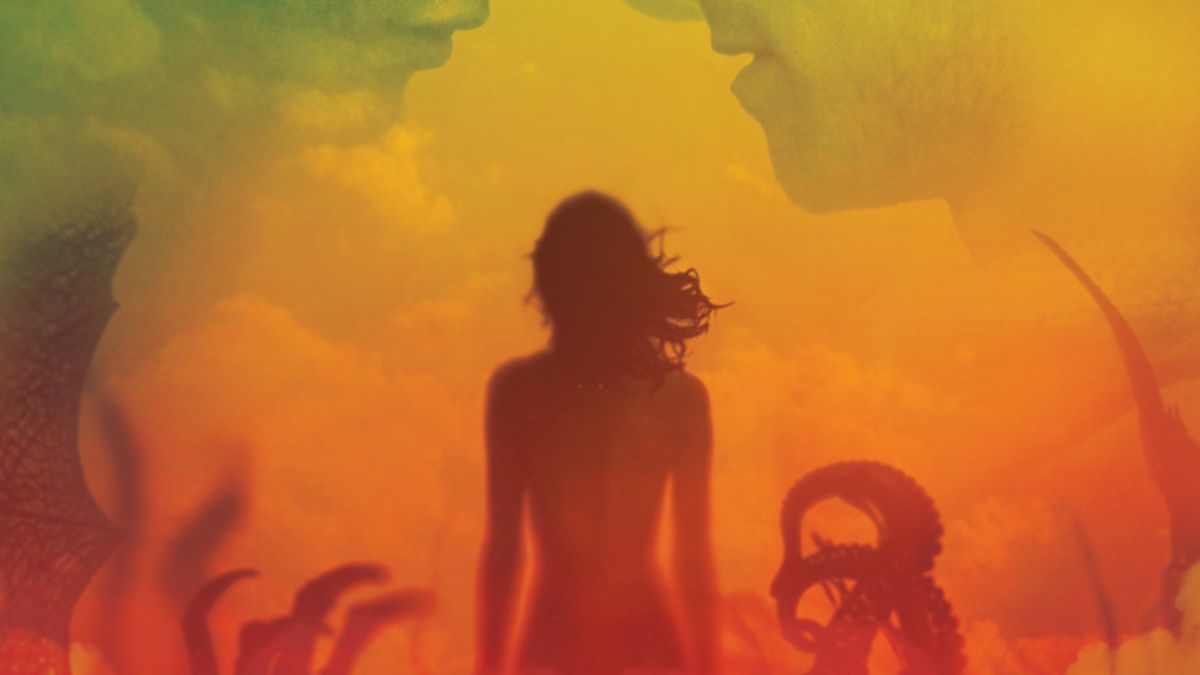 Aaron Benson and Justin Moorhead have put themselves in strong contention as the horror genre’s biggest up-and-coming talents, with their works all seeing positive reception and intrigue. One of their finest, however, is arguably their least spoken about.

Thanks to the marvels of modern streaming, their second film Spring came into my watchlist and has stuck deeply with me. The body horror romance flick is one of their most daring films, with the 2014 release unfortunately not receiving more attention. Meeting the Cronenberg body horror of Videodrome with the romance of the Before trilogy sounds fairly ridiculous, but it absolutely works.

Indie circuit veteran Lou Taylor Pucci plays a desperately down-on-his-luck bar chef Evan, who is reaching the final days of caring for his terminally ill mother. Stuck without any hopes or aspirations after his mother dies, he decides on a whim to fly to Italy with his mother’s inheritance. Backpacking fairly aimlessly, he soon crosses paths with a mysterious woman (Nadia Hilker) in a small tourist town in southern Italy.

Enamored by Louise, he soon strikes up a romance that convinces him to move to Italy permanently and become a farmer so he can stay with her. The intrigue around her only deepens when she begins to evolve in bizarre ways, leading to a full-body transformation she can no longer control.

The simple premise and picturesque setting really allow for Spring to feel like a summer romance, with the horror aspects in the background of a real human story. What is the difference between love and lust, and is there really such a thing as love at first sight?

The horror is still stunning, with the film not antagonizing Louise as a monster despite some really horrific body transformation sequences and a few rabbit-related incidents. I think this is Benson and Moorhead’s best film due to the chemistry of Pucci and Hilker, who feel like genuine people, and the writing of their conversations is key to that.

More than that, it’s a really poignant analysis of what the next stage of human evolution is, and societal standards of beauty being based on concepts of health and conventional beauty. Being someone with Crohn’s disease and liver issues, I am deathly afraid of my own body but also fascinated by what it can do, and how my health shapes who I am.

Disabled people are often left on the outer of society, and definitely on the outskirts of modern dating scenes. Spring’s message is one about love transcending physical properties and looks to an idea of beauty much more inner. The cerebral and heartwarming story of Spring makes it stand out as one of the best horror films of the 2010s.

Benson and Moorhead’s ability to convey amorous attention as something different from lust really powers this ahead. Many other directors and writers would’ve focused far more on the sexual aspects of their relationship. The duo instead focuses on what actual relationships are — which is talking and spending time with someone you care deeply for.

If you want to check out Spring for yourself the film is available to stream now on Shudder and AMC+.