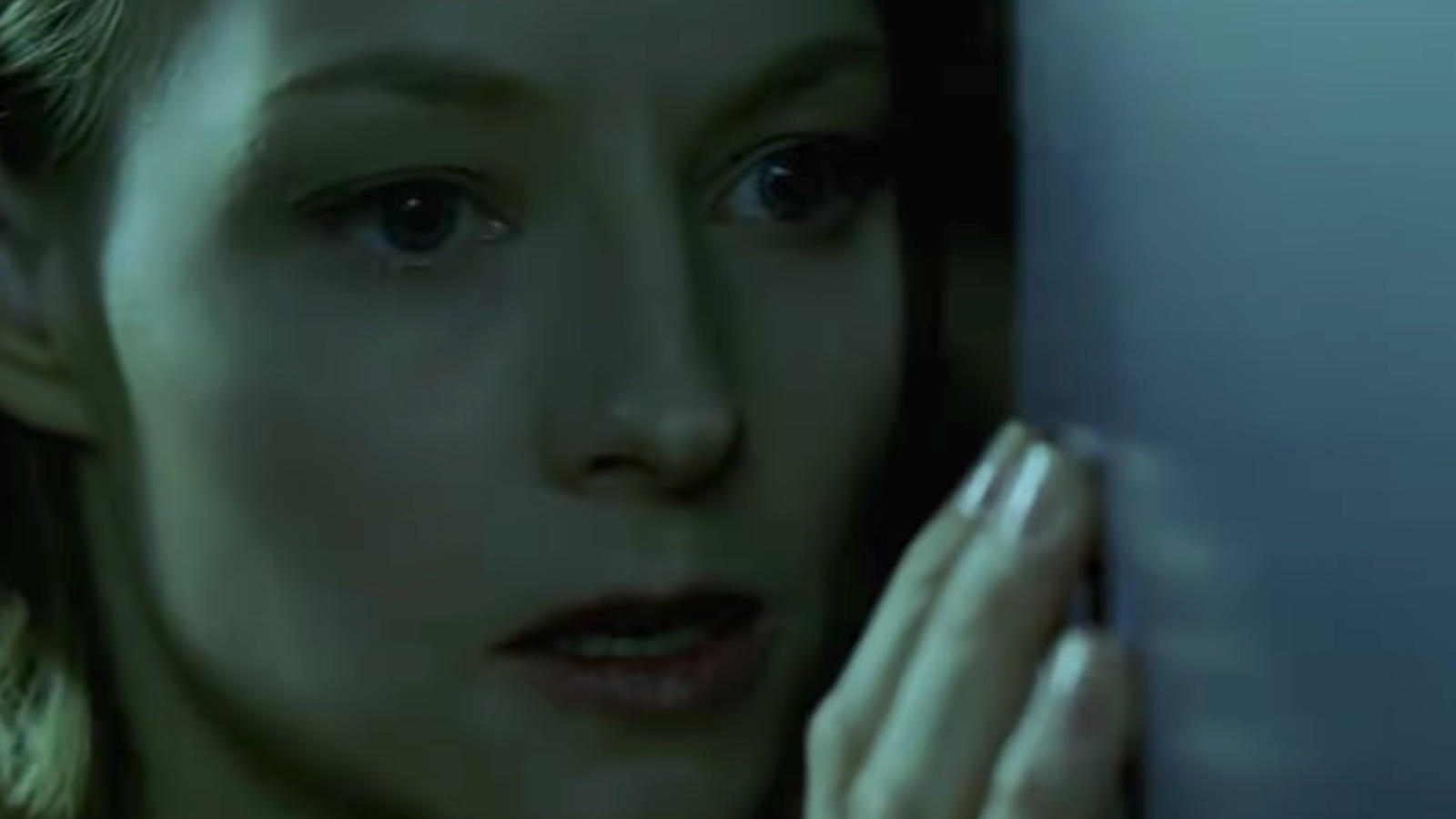 An escape room is a very interesting space that forces all of its inhabitants to use their brainpower to find the right way — and sometimes the only way — out, back into the outside world. Socially speaking, we know escape rooms in the real world to be generally challenging and fun in so many ways. Yet in the world of movies, the excitement of a more gruesome nature is shown as nearly all of the escape room movies that come to mind are psychological thrillers and horror movies but are still entertaining for audiences.

If escape rooms are your thing, or if you’re looking to study up a little in case you might one day find yourself locked in one, why not take in one of these 10 of the best escape room movies to pass the time.

This, of course, is one that everyone would’ve definitely expected to be on this list. Since the first movie was released in 2004, all of the subsequent entries that followed established a series of horror movies that will stand the test of time. The antagonist’s victims wake up isolated, with no recollection of how they got there for starters, in enclosed spaces where escaping the rooms quickly becomes a life-or- death situation.

Any one of the movies in the Saw franchise could be listed on their own here but the credit must go to the original film that started it all.

This Ryan Reynolds movie from 2010 does revolve around the concept of escaping a confined space, however, this space is actually a wooden coffin, the smallest room in which someone can be kept against their will. The main character, played by Reynolds, wakes up to find himself buried alive with only a cigarette lighter, a working cell phone, but a dwindling supply of air to breathe. Taking into consideration that the movie’s setting is in the middle of an Iraqi desert makes the suspense factor high enough to rival any horror film on this list.

A 2007 foreign independent film, originally titled La habitación de Fermat in its homeland of Spain, featured four intellectuals who are lured to a house and ultimately into a room with walls that gradually close in as time passes. Thanks to a mysterious man who calls himself “Fermat”, this quartet of brainy individuals must solve every puzzle they’re faced with, each in only a minute, or else they’ll soon be crushed to death. And while they’re held captive the four are also racing against time to figure out exactly why they’re there in the first place, which holds the key to their potential escape.

The film is paced well and definitely does its job to keep the viewer hooked on the plot. For a film that wasn’t seen by a lot of people in the United States, a fresh viewing of this one would do very well with those who like riddles, suspense, and all the other joys that come from a thrilling escape room movie.

Exam is a British psychological thriller from 2009 that pits a room full of job candidates against each other for a mysterious position within the upper echelon of a powerful corporation. Eight individuals are given 80 minutes to answer just one question but are completely left in the dark over what the actual question is. Not to mention, each candidate is meeting their competition for the first time in this room that has no windows to the outside world.

From the beginning, the audience is right along with the main characters for a very intricate but vague enigma where the parties involved have no choice but to work together to at least determine the task at hand before shifting the mood into an every-person-for-themselves type of situation to determine who is ultimately chosen for the high-ranking position.

Also from Spain, this 2005 thriller revolves around seven job candidates who each are trying to outsmart their fellow applicants while also competing under the guise that one of the seven in the room is actually a company mole. It does have some noticeable similarities to another pick on this list, Exam, which has a room full of job hopefuls engaged in psychological warfare. However, this one doesn’t have the audience sitting with a lot of questions that must be solved first before the root issue can even be worked on.

And like Fermat’s Room, this movie saw little exposure to viewers in the US. But because of the remarkable plotline, it should translate well for American thrill-seekers who are looking for a movie that’s well worth their time and attention.

This pick is more of a psychological thriller than it would be considered horror, though the threat of death is highly abundant and certainly integral to the plot of the movie. Released in 2009 and also titled The Chaos Experiment in other parts of the world, Val Kilmer plays a former professor who decides to take matters into his own hands by holding a number of people hostage in a Turkish bathhouse. Their lives are at stake as the professor demands his findings regarding global warming be published or else he’ll overheat his hostages to illustrate what the planet’s potential climates can do to the human body.

The movie is an intriguing way to draw attention to an environmental concern that billions of people are consistently aware of as we speak, even for a project that was made over 10 years ago now. But it didn’t do very well by critics’ and audiences’ standards. General reviews don’t fault the cast but more so the faulty writing behind the scenes.

This is a pick that’s perhaps just as expected as Saw is on this list. However, this movie is literally about a panic room that must be opened – well, it must be opened if you’re the robbers who broke into the house, forcing the house’s inhabitants into said room. Jodie Foster and a young Kristen Stewart star in this 2002 film that isn’t a horror or psychological thriller, but yet a suspenseful crime thriller where even the room itself is often considered by audiences as one of the characters in the movie.

Made at a time when real-life panic rooms were popular in pop culture, it was received pretty well by moviegoers and critics alike. The movie also featured future Oscar winners Forrest Whitaker and Jared Leto as two of the house’s intruders.

The 2010 movie Devil is unique in a similar fashion to Buried, on this list. The escape room here isn’t a room but actually an elevator car that’s stuck, holding a small group of people within. The catch of this horror flick is that the “devil” is actually one of the passengers inside the elevator during the ordeal. That’s more than enough reason to pick being outside this particular elevator than inside.

With a screenplay that was derived from an M. Night Shyamalan story, this movie does play out in ways that are familiar to Shyamalan’s supernatural twist endings, especially since no one but the Devil himself knows who in the elevator is really the one from hell.

A cult classic from 1997, Cube is a Canadian-produced sci-fi horror film that features not one but a practically endless number of cube-shaped rooms as the focal point of the plot. Six total strangers are held within an extensive maze of cubes that each contain lethal traps as the group tries to venture from one block to the next. They each have their own unique skills that when combined as a team, allow them to progress toward potential safety.

It’s the oldest movie on this list, released 25 years ago and in all that time the movie has rightfully earned its cult following. The film has also inspired two remakes, a Japanese version of the same title was released in 2021 and an American one is rumored to be on the way sometime in the somewhat near future.

The most recently released pick on this list from 2016, this horror thriller movie is about an entire staff of corporate workers — eighty to be exact — who end up getting locked inside of their office building in a sick game of survival. They are held there under the conditions that they must kill each other or be killed, according to a mysterious voice that occasionally presents itself. The playing field as it were, is obviously bigger than just a single room as each player in this sadistic game literally fights for their life.

Since it’s a horror movie, you can certainly bet that there are a lot of gruesome casualties throughout the course of the film’s runtime.

Sticking to some of his former professional roots, Famed Guardians of the Galaxy director James Gunn actually wrote the story for this movie and was a co-producer.

So here they are, the 10 best movies featuring escape rooms for your viewing pleasure. And after checking these picks out maybe you’ll have what it takes to walk out of one in one piece.